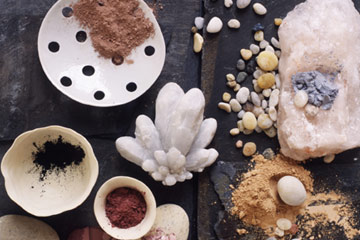 In 2005, California passed the Safe Cosmetics Act, which requires cosmetics manufacturers to disclose their products' ingredients that are also on a watch list as potentially dangerous to people. The European Union and Canada have stringent rules about ingredients in cosmetics as well, so some advocates have claimed that it's time for the U.S. to have a federal law regulating cosmetics safety. In 2010, representatives introduced a bill that would give the FDA more power over the cosmetics industry.

The bill wasn't dealt with before that congressional session closed, so it's currently awaiting re-introduction to the House. The reaction to the bill was quite interesting though. Small manufacturers specializing in handmade, organic products claimed that the requirements of the bill would put them out of business, despite the fact that they might have the safest products [source: Byrnes]. While advocates of the bill claimed that these small businesses would look desirable to consumers when compared to bigger offenders, the business owners claimed that the massive amount of paperwork would doom their enterprises.

Some people aren't waiting for the FDA or legislators to take a stronger role. Instead, they seek out organic or natural makeup. These products lack the preservatives and fragrances that may contain harmful ingredients in mainstream cosmetics, but it's important to remember that the FDA hasn't defined "organic" or "natural," which means that anyone can slap that label on their product. Dermatologists also warn that certain plant extracts can cause skin irritation or could even prove poisonous [source: Singer].

A popular option for natural makeup devotees is mineral makeup, which is made from naturally occurring minerals such as zinc, lapis lazuli and titanium dioxide that are ground into a fine powder. Mineral makeup often comes with the claim that it's better for skin, though that hasn't been definitively proven. This type of makeup is free from fragrances and oils that can irritate the skin, and it contains zinc, which is good for your epidermis, but it's likely not the treatment for acne that some companies promise. Mineral makeup also doesn't provide long-lasting coverage.

The battle for safe and environmentally friendly makeup will likely continue for years to come, as consumers protest everything from animal testing to reports of makeup toxicity to even whether makeup packaging can be recycled. But if we're so unsure about whether what we put on our faces is healthy, why do it at all?