by the Editors of Publications International, Ltd. & Laurie L. Dove
Prev NEXT
10

James Dean and the Curse of Little Bastard 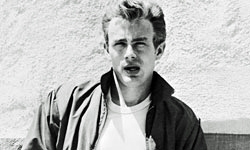 On Sept. 30, 1955, James Dean was killed when the silver Porsche 550 Spyder he called "Little Bastard" was struck by an oncoming vehicle.

Within about a year of Dean's crash, the car was at least loosely involved in two more fatal accidents and two other injuries. The better confirmed series of incidents occurred after hot rod designer George Barris purchased the car. While getting a tune up, Little Bastard fell on a mechanic's legs and broke them. Two doctors supposedly purchased the engine and transmission from the car, of whom one was killed and the other seriously injured in subsequent car accidents (though it hasn't been confirmed that the deaths occurred in cars that contained Little Bastard's parts). Someone else had purchased the tires -- which blew simultaneously, sending the driver to the hospital.

From there, reports get a bit more muddled. We know that Little Bastard's shell disappeared sometime before 1960 while on an exhibition circuit. According to some, a truck carrying it crashed, killing the driver, and Little Bastard was gone by the time the authorities arrived on scene. By other accounts, it was merely stolen en route. Either way, perhaps it's for the best that Little Bastard is off the roads [source: Snopes].