Breast is Best...But Not Too Much! 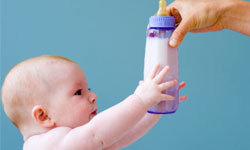