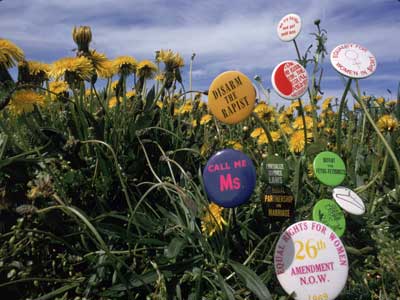 Feminism has evolved to encompass many social causes and philosophies.
Susan Wood/Getty Images

­The 1968 Miss America pageant was the backdrop for one of the most iconic events of modern feminism in the United States. Members from the New York Radical Women organization demonstrated along the Atlantic City boardwalk against the pageant's perceived misogyny. Protesters threw household items that they believed fostered the collective image of submissive females into a large trashcan. In went pots, pans, Playboy magazines and bras. They planned to set the contents ablaze, but the police weren't keen on that idea. Nevertheless, the next day's news stories heralded participants' bra burnings [source: Greenfieldboyce].

That image of angry, bell-bottom-wearing women torching their lingerie endures in our collective memories of feminism -- and is completely inaccurate. True, the feminist movements of that era were characterized by conspicuous public demonstrations. But Western feminism encompasses far more than eradicating the use of supportive undergarments.

­Ironically, American feminism didn't begin as an outright quest for gender equality. It evolved from activism for broad social causes to today's spectrum of female-focused theories and philosophies that span topics from education and pornography to race. The following five feminist movements (arranged chronologically) should shed some light on the history of feminism as well as the ideas and pioneers behind it.