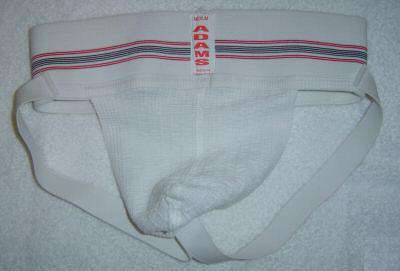 It is illegal to use briefs like these to clean your car in San Francisco.

Sometimes legislators in the United States get a little carried away, as evidenced by these silly laws that are still on the books.

1. In Fairbanks, Alaska, it is illegal to serve alcohol to a moose.

2. In Glendale, Arizona, it is illegal to drive a car in reverse, so virtually everyone in a mall parking lot is breaking the law.

3. In San Francisco, California, it is illegal to wipe your car with used underwear. So, is it okay to use clean underwear?

4. In Quitman, Georgia, it's illegal to change the clothes on a storefront mannequin unless the shades are down.

5. In South Bend, Indiana, it's illegal for monkeys to smoke cigarettes. Apparently cigars are okay, but only if the monkey goes outside.

6. In New Orleans, Louisiana, it's against the law to gargle in public.

7. In Boston, Massachusetts, it's illegal to take a bath unless one has been ordered by a physician to do so.

8. In Minnesota, women may face 30 days in jail for impersonating Santa Claus.

9. In Hornytown, North Carolina, it's illegal to open a massage parlor.

10. In Fargo, North Dakota, it's illegal to lie down and fall asleep with your shoes on.

11. In Oxford, Ohio, it is illegal for a woman to disrobe in front of a man's picture. Is it legal if his eyes are closed in the photo?

13. In Marion, Oregon, ministers are forbidden from eating garlic or onions before delivering a sermon.

14. In Morrisville, Pennsylvania, women need a permit to wear makeup.

15. In South Dakota, it's illegal to lie down and fall asleep in a cheese factory.

16. At restaurants in Memphis, Tennessee, all pie must be eaten on the premises, as it is illegal to take unfinished pie home.

17. In Utah, birds have the right-of-way on all highways.

18. In Seattle, Washington, women who sit on men's laps on buses or trains without placing a pillow between them face an automatic six-month jail term.

19. In Nicholas County, West Virginia, no clergy member may tell jokes or humorous stories from the pulpit during church services.

20. In St. Croix, Wisconsin, women are not allowed to wear anything red in public.