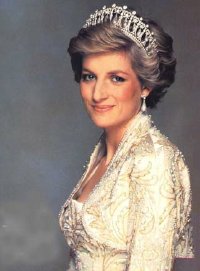 Princess Diana dropped out of school at 16.
Publications International, Ltd.

Everyone knows how important it is to stay in school, get a good education, and graduate with a diploma. But it may be hard to stay focused after reading about the success of these famous dropouts. Hard work, drive, natural talent, and sheer luck helped them overcome their lack of education, but many still returned to school later in life.

In this article, you will learn about notable people including inventors,  politicians, and entertainers who dropped out of school before their rise to fame.

Thomas Edison is probably the most famous and productive inventor of all time, with more than 1,000 patents in his name, including the electric light bulb, phonograph, and motion picture camera. He became a self-made multimillionaire and won a Congressional Gold Medal. Edison got a late start in his schooling following an illness, and, as a result, his mind often wandered, prompting one of his teachers to call him "addled." He dropped out after only three months of formal education. Luckily, his mother had been a schoolteacher in Canada and home-schooled young Edison.

Benjamin Franklin wore many hats: politician, diplomat, author, printer, publisher, scientist, inventor, founding father, and coauthor and cosigner of the Declaration of Independence. One thing he was not was a high school graduate. Franklin was the fifteenth child and youngest son in a family of 20. He spent two years at the Boston Latin School before dropping out at age ten and going to work for his father, and then his brother, as a printer.

Bill Gates is a co-founder of the software giant Microsoft and has been ranked the richest person in the world for a number of years. Gates dropped out of Harvard in his junior year after reading an article about the Altair microcomputer in Popular Electronics magazine. He and his friend Paul Allen formed Micro Soft (later changed to Microsoft) to write software for the Altair.

Although he was named Time magazine's "Man of the Century," Albert Einstein was not an "Einstein" in school. The Nobel Prize-winning physicist, famous for his theory of relativity and contributions to quantum theory and statistical mechanics, dropped out of high school at age 15. Deciding to continue his education a year later, Einstein took the entrance exam to the prestigious Swiss Federal Institute of Technology, but failed. He returned to high school, got his diploma, and then passed the university's entrance exam on his second attempt.

Two months before his high school graduation, history's first recorded billionaire, John D. Rockefeller, Sr., dropped out to take business courses at Folsom Mercantile College. He founded the Standard Oil Company in 1870, made his billions before the company was broken up by the government for being a monopoly, and spent his last 40 years giving away his riches, primarily to causes related to health and education. Ironically, this high school dropout helped millions get a good education.

In 1918, while still in high school, future Oscar-winning film producer and theme park pioneer Walt Disney began taking night courses at the Academy of Fine Arts in Chicago. Disney dropped out of high school at age 16 to join the army, but because he was too young to enlist, he joined the Red Cross with a forged birth certificate instead. Disney was sent to France where he drove an ambulance that was covered from top to bottom with cartoons that eventually became his film characters. After becoming the multimillionaire founder of the Walt Disney Company and winning the Presidential Medal of Freedom, Disney received an honorary high school diploma at age 58.

Britain's Sir Richard Branson is a self-made billionaire businessman. He founded Virgin Atlantic Airways, Virgin Records, Virgin Mobile, and most recently, a space tourism company to provide suborbital trips into space for anyone who can afford them. Suffering from dyslexia, Branson was a poor student, so he quit school at age 16 and moved to London, where he began his first successful entrepreneurial activity, publishing Student magazine.

George Burns, born Nathan Birnbaum, was a successful vaudeville, TV, and movie comedian for nearly nine decades. After his father's death, Burns left school in the fourth grade to go to work shining shoes, running errands, and selling newspapers. While employed at a local candy shop, Burns and his young coworkers decided to go into show business as the Peewee Quartet. After the group broke up, Burns continued to work with a partner, usually a girl, and was the funny one in the group until he met Gracie Allen in 1923. Burns and Allen got married, but didn't become stars until George flipped the act and made Gracie the funny one. They continued to work together in vaudeville, radio, television, and movies until Gracie retired in 1958. Burns continued performing almost until the day he died in March 1996.

Go to the next page for more notable people who dropped out of school yet still managed to make a name for themselves.

Colonel Harland Sanders overcame his lack of education to become the biggest drumstick in the fried chicken business. His father died when he was six years old, and since his mother worked, he was forced to cook for his family. After dropping out of elementary school, Sanders worked many jobs, including firefighter, steamboat driver, and insurance salesman. He later earned a law degree from a correspondence school. Sanders' cooking and business experience helped him make millions as the founder of Kentucky Fried Chicken (now KFC).

Charles Dickens, author of numerous classics including Oliver Twist, A Tale of Two Cities, and A Christmas Carol, attended elementary school until his life took a twist of its own when his father was imprisoned for debt. At age 12, he left school and began working ten-hour days in a boot-blacking factory. Dickens later worked as a law clerk and a court stenographer. At age 22, he became a journalist, reporting parliamentary debate and covering election campaigns for a newspaper. His first collection of stories, Sketches by Boz (Boz was his nickname), was published in 1836 and led to his first novel, The Pickwick Papers, in March 1836.

Born Reginald Kenneth Dwight, Rock and Roll Hall of Fame member Sir Elton John has sold more than 250 million records and has more than 50 Top 40 hits, making him one of the most successful musicians of all time. At age 11, Elton entered London's Royal Academy of Music on a piano scholarship. Bored with classical compositions, Elton preferred rock 'n' roll and after five years he quit school to become a weekend pianist at a local pub. At 17, he formed a band called Bluesology, and, by the mid-1960s, they were touring with soul and R&B musicians such as the Isley Brothers and Patti LaBelle and the Bluebelles. The album Elton John was released in the spring of 1970 and, after the first single "Your Song" made the U.S. Top Ten, Elton was on his way to superstardom.

Ray Kroc didn't found McDonald's, but he turned it into the world's largest fast-food chain after purchasing the original location from Dick and Mac McDonald. Kroc amassed a $500 million fortune during his lifetime, and in 2000 was included in Time magazine's list of the 100 most influential builders and titans of industry in the 20th century. During World War I, Kroc dropped out of high school at age 15 and lied about his age to become a Red Cross ambulance driver, but the war ended before he was sent overseas.

Our list of notable people who dropped out of school continues with history's most famous magician.

The name Houdini is synonymous with magic. Before becoming a world-renowned magician and escape artist named Harry Houdini, Ehrich Weiss dropped out of school at age 12, working several jobs, including locksmith's apprentice. At 17, he teamed up with fellow magic enthusiast Jack Hayman to form the Houdini Brothers, named after Jean Eugène Robert Houdin, the most famous magician of the era. By age 24, Houdini had come up with the Challenge Act, offering to escape from any pair of handcuffs produced by the audience. The Challenge Act was the turning point for Houdini. With its success came the development of the spectacular escapes that would make him a legend.

Richard Starkey is better known as Ringo Starr, the drummer of the Beatles. Born in Liverpool in 1940, Ringo suffered two serious illnesses at age six. First, his appendix ruptured, leaving him in a coma for ten weeks. After six months in recovery, he fell out of the hospital bed, necessitating an additional six-month hospital stay. After spending a total of three years in a hospital, he was considerably behind in school. He dropped out after his last visit to the hospital at age 15, barely able to read or write. While working at an engineering firm, 17-year-old Starkey joined a band and taught himself to play the drums. His stepfather bought him his first real drum set, and Ringo sat in with a variety of bands, eventually joining Rory Storm and the Hurricanes. He changed his name to Ringo Starr, joined the Beatles in 1962, and is now one of the best-known drummers in history. 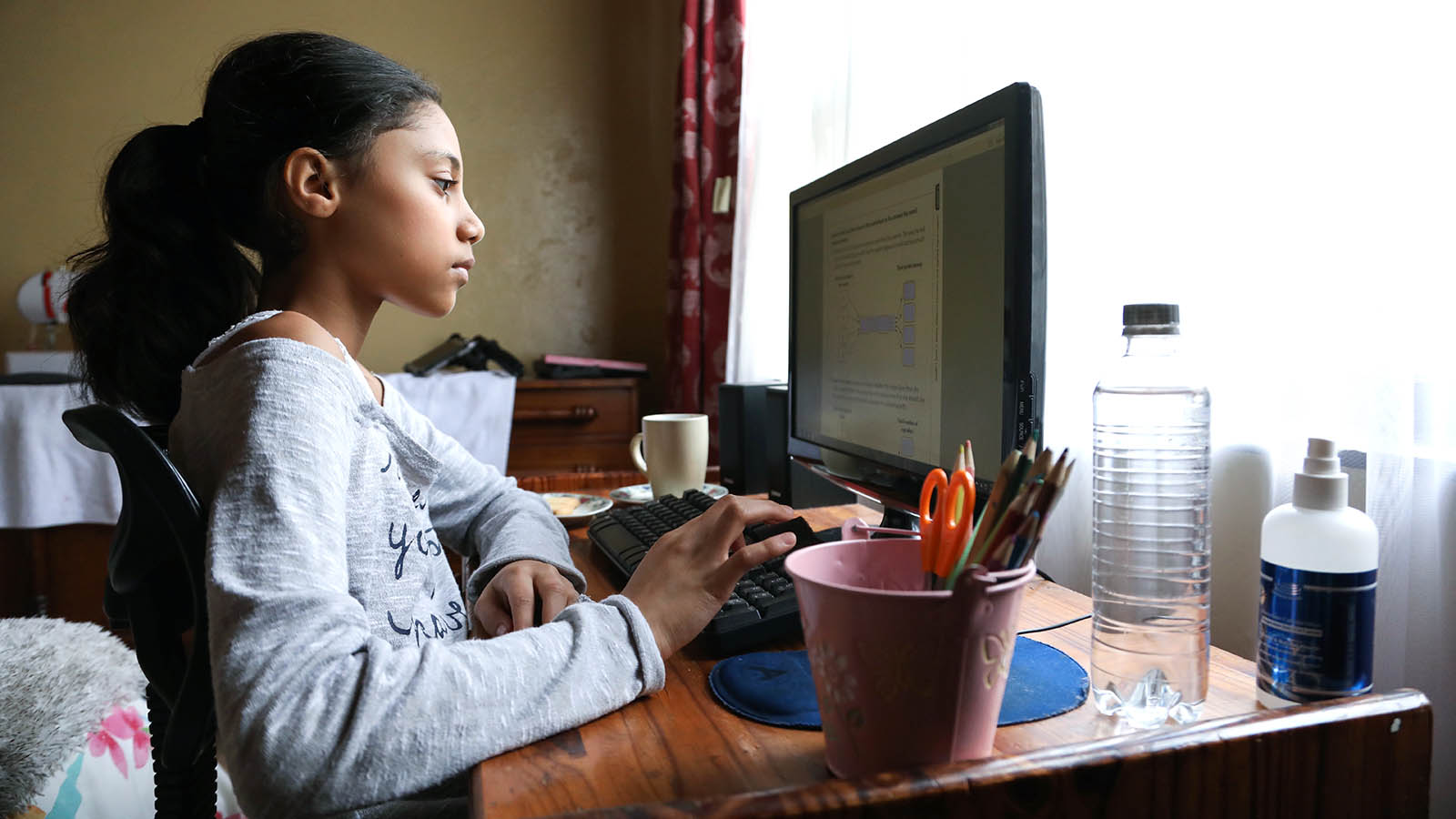