by Stephanie Watson & the Editors of Publications International, Ltd. Sep 15, 2007
Prev NEXT
19 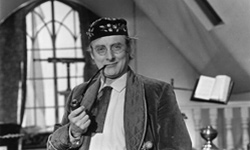 The Gaelic epitaph for this Irish comedian translates to, "I told you I was ill." Milligan, who died of liver failure in 2002 at age 83, was famous for his irreverent humor showcased on TV and in films such as "Monty Python's Life of Brian." His gravestone, which lies at St Thomas Church in Winchelsea, East Sussex, stood bare for some time while his family argued over which phrase best would encapsulate the comedian's career. When they finally came to an agreement, the church insisted that the phrase be written in Gaelic. Though Milligan may have had the last laugh, non-Gaelic-speaking visitors won't get the joke.