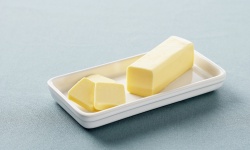 Burn yourself? Save the butter for your toast, not your skin.
Lew Robertson/StockFood Creative/Getty Images

Before the development of modern medicine, people had no choice but to come up with their own host of remedies and treatments to heal sick or injured family members. Just a century ago, some families had limited access to care because of the distance required to see a doctor; here in the early 21st century, the soaring cost of medical care and lack of access to health insurance may lead the sickly to skip the trip altogether. When seeing a doctor was simply out of the question, these folk remedies provided comfort.

Now that science and evidence-based practices have given us safer and more effective alternatives, many traditional cures have fallen by the wayside. But many of the more well-known folk cures are still in use. Learn why they often do more harm them good, despite the best intentions of practitioners and traditional healers.

Burned your hand grabbing a hot pot on the stove? Better not break out the butter. While plenty of folks believe butter soothes the pain of a burn, this common folk remedy could actually cause more harm than good. Slathering butter on a burn introduces bacteria, which increases the risk of infection [source: CDC Burns]. Butter, salves and similar burn treatments can also trap heat under the skin, making a burn worse by driving damage to deeper dermal layers, transforming a relatively minor burn into one that lingers and leaves lasting damage [source: Dallas].

A buttery coating can also get in the way when medical professionals attempt to inspect a burn, delaying treatment and leaving victims to suffer longer than they would have if the wound were kept clear. Fortunately, burn care recommendations are surprisingly simple and don't require you to dip into your refrigerator. To soothe the initial pain of a burn, run the affected appendage under cool water and seek professional care.

Suffering from excess earwax but don't want to make a trip to the doctor's office? While ear candling proponents promise it'll remove unwanted wax, the U.S. Food and Drug Administration warns against the practice, especially when it involves kids. Fans of ear candling use a hollow candle to drip hot wax into the ear, which supposedly creates a negative pressure that funnels out ear wax and cures a host of other ailments, from sinus troubles to cancer.

Unfortunately, not only is there no evidence to support these claims, but there have also been plenty of reports of injury associated with candling, from candle wax hardening and blocking the ear canal to burns and punctured eardrums [source: FDA]. If your ears feel a little clogged, keep in mind that the body has its own efficient system for eliminating excess wax — and only a doctor should poke around in your ears.

And yes, that means keeping cotton swabs far away from your ear canal too. Sure, they're perfect for cleaning the outer parts of your ear, but they're also linked to perforated eardrums, wax impaction and a laundry list of other injuries [source: Hobson and Lavy].

Lead poisoning often comes with tragic consequences, including intellectual disability, illness and death. While lead paint remains the main culprit behind American children's exposure, lead-filled folk remedies were the second-biggest source as of 2008 [source: AP]. Among members of the Hispanic community, powdered folk cures known as greta or azarcon remain popular treatments for children suffering from stomachaches or teething pain. These bright orange powders, which kids consume orally, consist of up to 90 percent lead, making them extremely dangerous, especially considering that any amount of lead in the blood poses a risk [source: CDC Folk].

Of course, lead-laced folk remedies aren't limited to any certain culture. Some Indian immigrants use a fine brown powder called ghasard, which is mixed into a tonic to cure illness, while the Chinese turn to a similar product they call ba-baw-san. In Thai and Myanmar cultures, this remedy is known as Daw Tway and is used to aid digestion. These and other folk cures are often filled with heavy metals, including lead and arsenic, and should never be ingested or given to children [source: CDC Folk].