Browse the article 10 Completely Archaic Laws Still on the Books 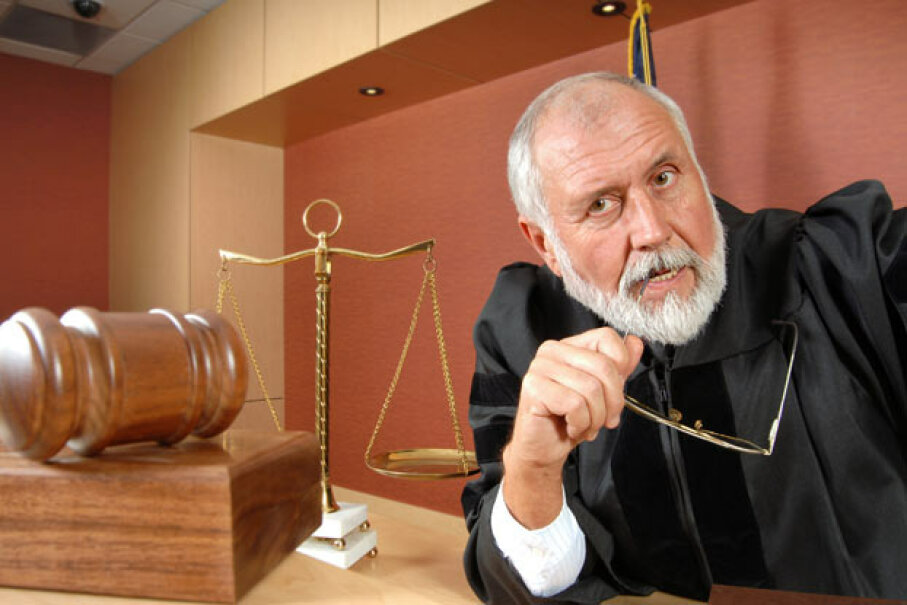 If you come before a judge for one of these violations, he may be tempted to laugh you out of court. How do these crazy laws come on the books? iStockphoto/Thinkstock

We live in a world of laws. Speed limits and traffic laws regulate the manner in which we drive. Criminal prohibitions on everything from fraud and embezzlement to assault and battery provide order and control to everyday life in a free society. Personal injury laws may seem like they are intended to pad the pockets of doctors, lawyers and insurance companies but most were intended to protect people in the event of an accident.

But some laws just make you scratch your head. "Any fool can make a rule, and any fool will mind it," Henry David Thoreau once said. A strident abolitionist and sworn enemy of the tax man, he was probably referring to slavery and excise laws. Restrictions on things like arcade games, fake wrestling matches and card dealing may have been less offensive to the "Civil Disobedience" author, but that doesn't make them any less arcane and, in some cases, ridiculous.

Coming up with a list of 10 most the most archaic laws still in effect is no problem. Limiting the list to just 10, however, is quite an undertaking. Read on to see the 10 most outdated, unnecessary and just plain strange laws still on the books. 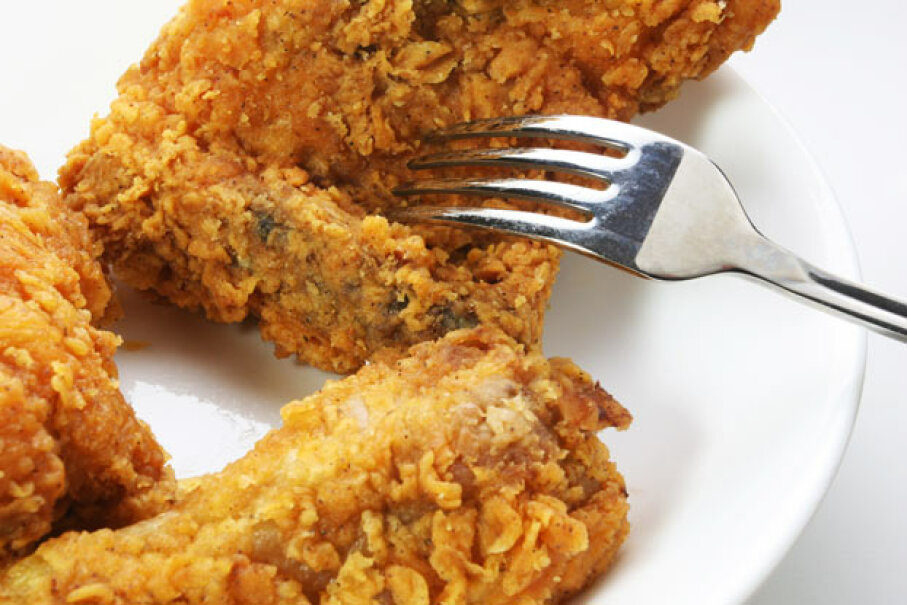 When in Gainesville, Ga., keep fried chicken away from this implement of doom. iStockphoto/Thinkstock

Popeye's chicken and biscuits were born and bred in New Orleans. The colonel fried his birds in Kentucky. But Georgians take this battered delicacy perhaps the most seriously of all Southern states.

A hot, crispy drumstick practically begs to be scooped up and devoured with your own two mitts. In the Peach State, it's the law. Technically.

A Gainesville, Ga, ordinance makes it illegal to consume fried chicken any way other than by hand. Enacted in 1961 as a PR stunt to promote Gainesville as a beacon of poultrydom, the law still remains on the books. Do not despair, however, if you find yourself using cutlery to carve up a pan-fried thigh within city limits. In 2009, a 91-year-old woman who was "arrested" for consuming fried chicken with a fork was pardoned moments later by Gainesville's mayor, on hand as part of a practical joke [source: Jordan].

Thou Shalt Not Curse (at New Orleans Firefighters) 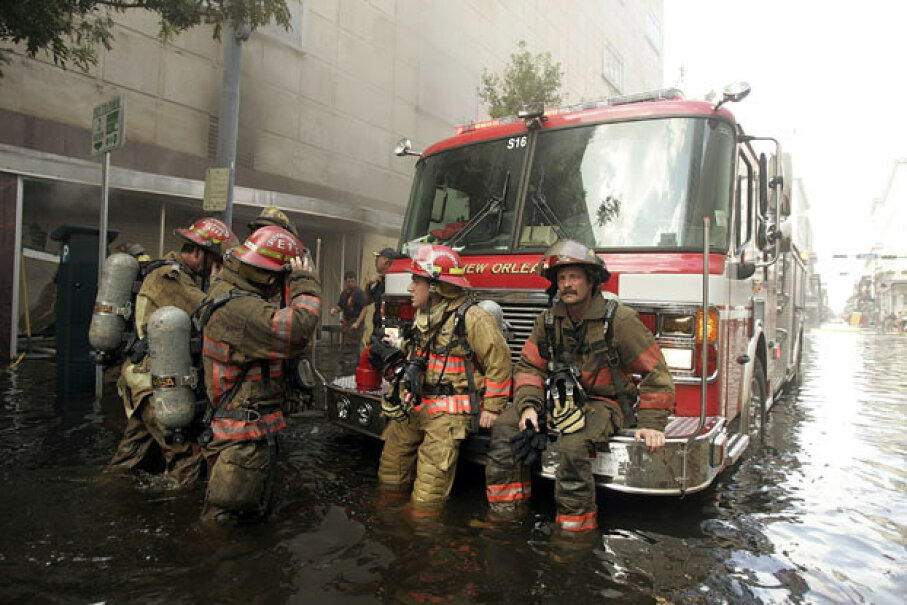 Who would want to curse at New Orleans' finest? Mark Wilson/Getty Images

New Orleans sure treats its fire fighters with reverence. The heroes who brave fiery flames in the Big Easy may appear to be grizzled, rough-and-tumble professionals, but deep down inside they have the sensibilities of a delicate flower. Particularly when it comes to colorful language.

Section 74-2 of the New Orleans City Code states "It shall be unlawful and a breach of the peace for any person wantonly to curse or revile or to use obscene or opprobrious language toward or with reference to any member of the city fire department while in the actual performance of his duty." The law is still on the books, but was ruled unconstitutional by the U.S. Supreme Court in 1974 [sources: Code of Ordinances, Lewis v. New Orleans]. Now, we just need to find out what "opprobrious" means. 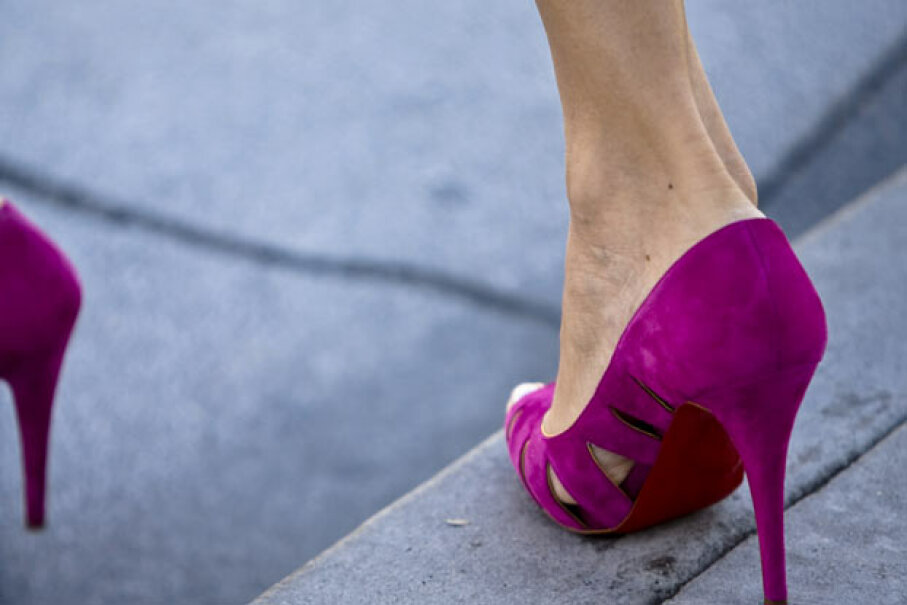 Those sexy stillettos could get you a ticket in Carmel, Calif. iStockphoto/Thinkstock

It's hard to imagine that a city once run by the Outlaw Josey Wales would be overly regulated. But Carmel, Calif., where Clint Eastwood served as mayor from 1986 to 1988, is home to a number of unusual laws, including a ban on high heels. That's right, shoes with heels more than 2 inches (5 centimeters) high or with less than a one-square-inch base are a no-no in this scenic Monterey retreat. The prohibition on pumps was enacted in an effort to limit the city's liability for trip and fall accidents by people traversing Carmel's jagged streets in stilettos. It is not often enforced -- and you can get a free high heel permit at City Hall [source: Grischy].

No Dealing (Cards) on Sunday 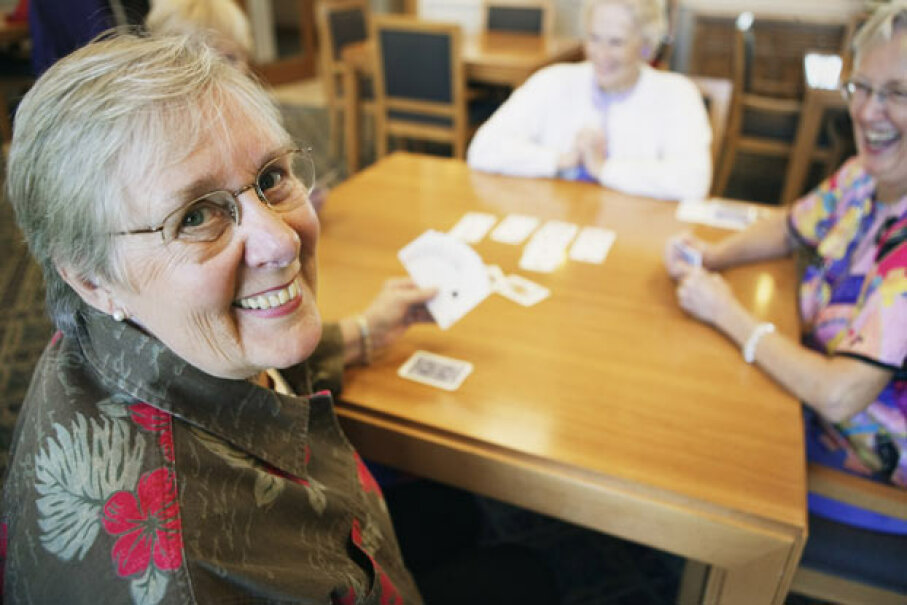 Grandma could be a dangerous criminal if she keeps playing cards on Sunday in Alabama. Brand X Pictures/Thinkstock

There are all sorts of wacky laws in the U.S. regulating what people can and cannot do on Sunday. This is largely a reflection of the nation's Puritan roots. Restrictions on alcohol sales (and the Chick-fil-A rule against opening on the Sabbath) remain in place in many states, cities and towns, but they are hardly the only sobering Sunday prohibitions still enforced by the fun police.

In Alabama, for example, it's a criminal "offense against public health and morals" to engage in a whole host of activities on Sunday, including playing cards. Shooting, hunting, gaming and racing are also prohibited and carry a fine of $10 to $100. Worse, you could be imprisoned or sentenced to hard labor for no more than three months for any of these "immoral" acts [source: Justia].

No Dealing (Cars) on Sunday 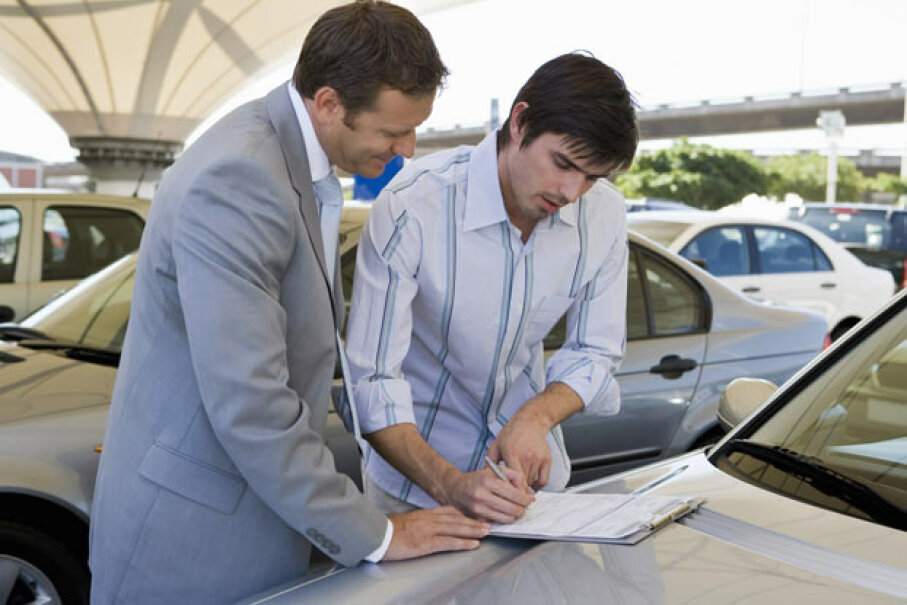 "Just sign where it says 'soul.'" Is there something diabolical about buying cars on Sundays (apart from the shady salesmen)? Jupiterimages/Pixland/Thinkstock

Maine residents dig their lobsters, black bears and brisk winter mornings. They are not too keen on shysters who sell cars on Sunday.

Under Title 17, Section 3203 of the state code, the sale of cars and other motor vehicles on Sunday is strictly prohibited. Violation of the law is a crime, punishable by up to six months in jail and a $1,000 fine, along with auto dealer license revocation. The law is not, however, simply limited to the fellas down at McGillicuddy's Mazda & Subaru Barn. It applies to any person who engages in the purchase, sale, exchange or trade of a new or used car on the day of rest [source: Maine Revised Statutes]. Surprisingly, many auto dealers are in favor of this ban, as it gives them a break from the relentless competition among each other [source: Newman].

Being the avid outdoorsmen that they are, lawmakers in the Pine Tree State make an exception for motor home sales, which are perfectly legal seven days a week [source: Maine Revised Statutes]. 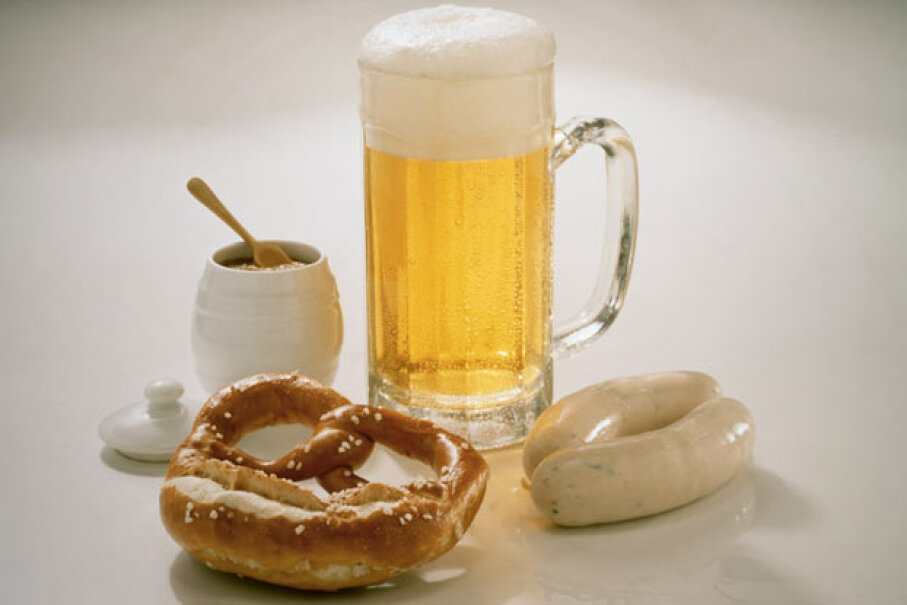 Who knows what horrors await you if down your beer and pretzels together in North Dakota? Eising/Photodisc/Thinkstock

It is common belief among many a barfly that on the seventh day, our Creator made beer and on the eighth he added pretzels. The good people of North Dakota, however, didn't get that memo. Sure, bars and restaurants here can serve suds and pretzels, but not at the same time, according to a bizarre state law. Perhaps the deep and nearly unquenchable thirst brought on by a sack of sourdough knots caused one patron too many to overdo it on the Stroh's Light. Maybe the state is experiencing a carbohydrate and sodium shortage. Whatever the reason, do not expect to enjoy a cold one with a pack of Rold Golds the next time you're bar hopping in Fargo [sources: Cosme, Rothschild].

Vote Fast or Face the Consequences 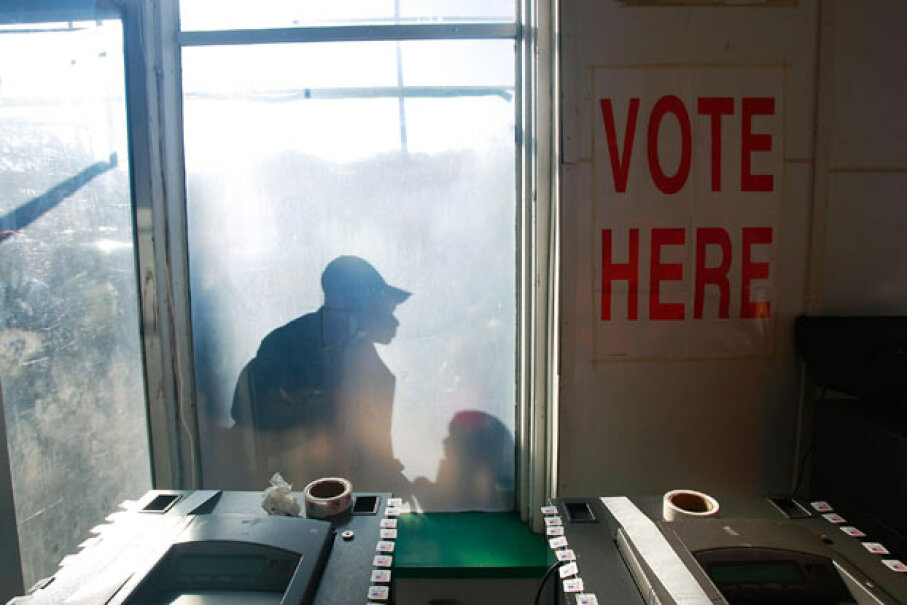 Voters line up in Birmingham, Ala., during the 2008 presidental race. Let's hope they already had the ballot mentally filled out. Mario Tama/Getty Images

Folks tend to move at a slower pace down South. Call it a lifestyle choice, a means of combating the simmering southern sun or simply an innate inability to move at a clip faster than "leisurely amble." The fact remains that people approach life on their own sweet time below the Mason-Dixon line. Which is why an Alabama law intended to speed things up sticks out like a hotdog at a hamburger party.

There is no time to stop and smell the roses when voting in Alabama. State law requires voters to cast their ballots within five minutes of entering a voting booth. In place since 1961 (prior to sweeping federal civil rights legislation, such as the Voting Rights Act), the law dictates that violators be banished from the polling place. Voters who need assistance can get additional time, but it's probably a good idea to make up your mind about that hotly contested county animal control board race before stepping into the booth [source: Alabama Code; Lawyers Committee for Civil Rights].

Don't Sell a Child Younger Than 12 to the Circus 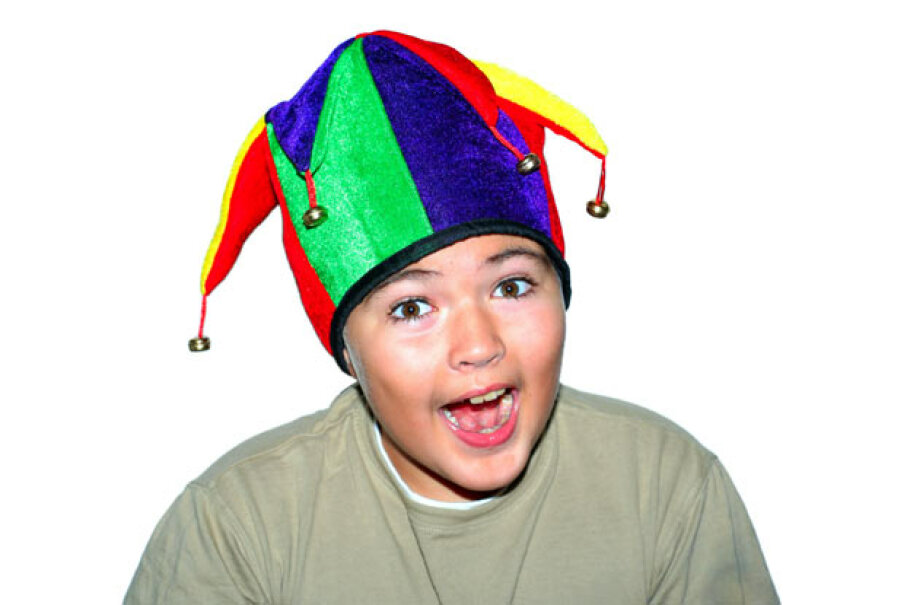 Junior may be clowning but in Georgia, you can't sell him to the circus if he is 12 or under. Hemera/Thinkstock

But once little Johnny turns the big 1-3, feel free to ship him off to a career as trapeze swinger or carnival barker. The list of vocations for which parents may not rent out their minor children ages 12 and younger in Georgia includes gymnast, contortionist, circus rider and acrobat, as well as clown and wire walker. Why these particular professions -- as opposed to, say chimney sweep, alligator trainer or sidewalk sign holder -- have been identified as particularly unsuitable for young kids is not clear. Perhaps in the old days, it was a common way to get rid of some of your unwanted children.

At any rate, the consequences of running afoul of this law is well established: A misdemeanor conviction can come with up to a year in the slammer and a maximum $1,000 fine [source: Code of Georgia, Georgia Criminal Procedure]. 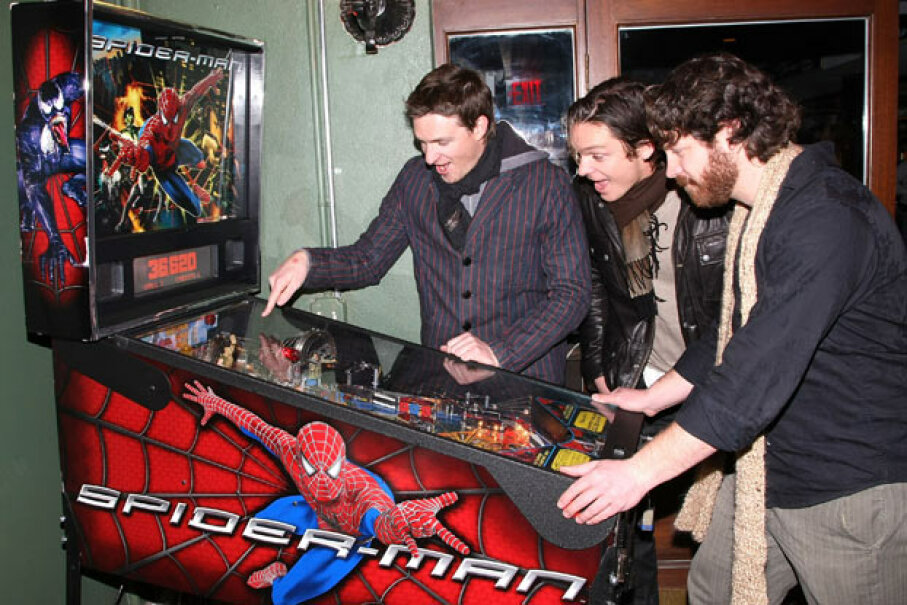 Among society's many ills -- crystal meth, gun violence, Nickelback -- pinball probably isn't at the top of most people's lists. That hasn't stopped lawmakers in Beacon, N.Y., from banning the once popular arcade game within city limits.

Beacon isn't the first place to outlaw pinball. A number of big cities proscribed the game up until the '70s, with officials claiming that pinball was tied to Mafia activity, not to mention sucking time and money from America's youth (kinda like pool in "The Music Man"). Yet unlike some of the other entries on this list, the anti-pinball law is not only still on the books, but is also being enforced. In 2010, the city forced a retro arcade museum to shut its doors, citing the pinball prohibition and threatening a $1,000-a-day fine [source: Frauenfelder]. 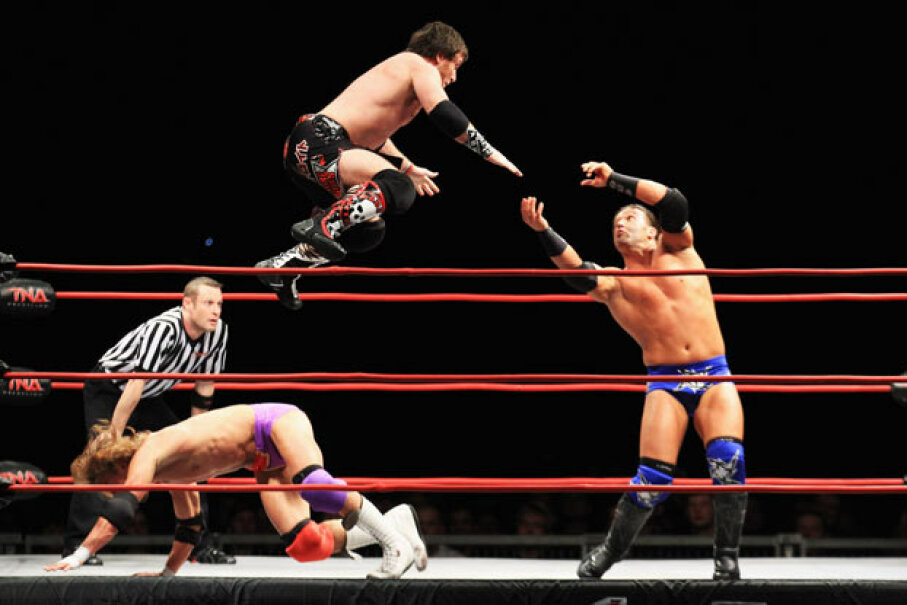