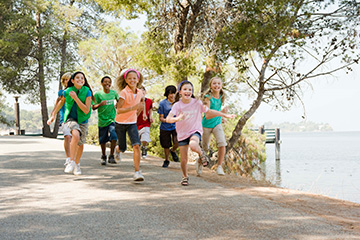 Play is innate and has been part of childhood since the beginning of time. But why?
Jupiterimages/Creatas/Thinkstock

Ah, the great outdoors: a place where flowers grow, animals roam and children play. Well, maybe not so much that last one.

Between 2002, when the No Child Left Behind Act took effect, and 2007, 20 percent of U.S. school systems decreased or eliminated recess time [source: McMurrer]. This was in order to increase the hours spent drilling students in math and English to pass the mandated proficiency tests. Concern about kids' decreasing play time at school grew so much that headlines prophesied the demise of recess altogether.

Although that demise may be premature, here's the kicker: Children aren't getting enough play time at home either. Historically, the norm has been for kids to play outdoors with their peers. But a study that looked at playtime in 16 different countries found that kids in all the nations surveyed were spending most of their free time indoors doing schoolwork and watching TV. In fact, the TV-watching rates were higher for those living in developing countries than developed ones [sources: Gray, Singer et al.].

Play is innate, and our instincts to participate in it can be traced back through our animal ancestry. The fact that other mammals, such as chimpanzees and great apes, have a natural urge to play suggests that play occurred well before our species evolved [source: Crain].

Prehistoric 2-year-olds created finger art on cave walls. Ancient Greek children played games like knucklebones, an ancient version of jacks, for fun. In the Middle Ages, boys and girls made their own toys from wood or stones. Even children in Nazi concentration camps played. Play has always been present in the history of humankind, regardless of culture or living condition.

If you're that parent who tells your kids that back in your day, you played outside much more than they do now, you're telling the truth: In another survey, 70 percent of American mothers reported playing outside daily when they were kids, while only 31 percent of their children do so [source: Clements]. And when youngsters do get to play, it's often adult-supervised rather than free play (spontaneous, self-directed play for play's sake).

Although the nature of play is transforming, its role in child development has fascinated researchers for centuries — with good reason. 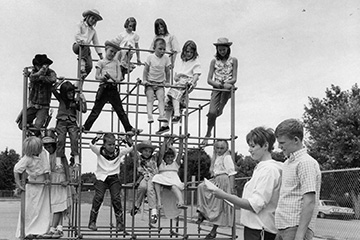 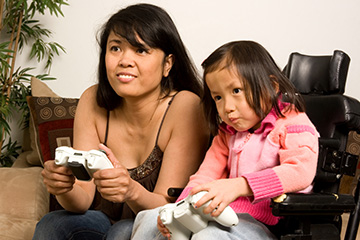 What's the Difference Between a College and a University?
How much should you help with homework in third grade?
Despite Benefits to Teens, Half of Parents Oppose Later School Start Times