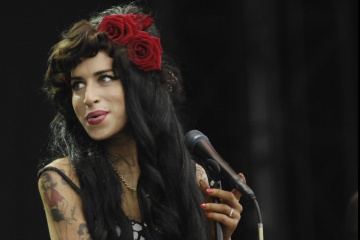 Amy Winehouse, five-time Grammy winner, is one of many musicians to join the 27 Club. Is 27 really a cursed age?
Mark Holloway/Redferns/Getty Images

Groucho Marx once famously said, "I don't want to belong to any club that will accept me as a member." Take these words to heart, especially in the case of the 27 Club.

The 27 Club is the somewhat morbid name for a large group of famous musicians who all died at the age of 27. Sometimes called the Forever 27 Club, fans and conspiracy theorists believe the large number of rock 'n' roll deaths (at least 50, according to author Howard Sounes) isn't merely coincidence [source: Lopez]. They feel 27 is a cursed age, the age at which influential musicians are most at risk for death.

The theory certainly seems plausible. Here's just a small slice of music stars who passed away at the age of 27:

Sadly, the list goes on and on. But does this really mean age 27 is cursed for rock stars? No, but it is true that famed musicians tend to die earlier than the rest of us.

Professor Diana Kenny of the University of Sydney reported in a 2014 study that the 27 Club theory is nothing but a myth. Rock stars don't die more often than the rest of us at age 27, but they do tend to die younger.

Kenny traced musician deaths from 1950 on and compared them to deaths in the wider United States population and found the average male musician dies in his late 50s, while the average American male dies around age 75. She focused on males, as they comprise 90 percent of music industry deaths [source: Taylor]. Chances are, famous musicians have a shorter lifespan because of their access to drugs, hard living and the emotional self-medication that typically comes with the life of an artist.

Why, then, is there so much focus on age 27? Likely because the term "the 27 Club" is catchy and interesting to think about. And because most of these deaths involved drug overdoses or strange circumstances, a certain mystique emerged around them.

Howard Sounes, author of a book on the 27 Club, points out to USA Today that many fans feel such a connection to their favorite musicians that they need an explanation for their deaths. It's easier to accept that your idols were pre-destined to "join the club" instead of facing the truth that they were simply victims of their own mortality [source: Lopez].