by Chris Opfer Aug 19, 2016
The U.S. presidency has been the province of people above 40. Some citizens want to change that. nicolesy/Getty Images

Politicians often act like children. Whether it's calling each other names, getting into slap fights on the legislative floor or simply taking their toys and stomping off to another sandbox, the way lawmakers act you'd be surprised they aren't still in pampers. The truth is that many countries around the globe require their elected officials to have some life experience under their belts. That includes the U.S., where you have to be at least 35 years old to be eligible to take the keys to the White House.

"Most advanced democracies have an age requirement for the top executive office," says John Seery, a government and politics professor at Pomona College. "It's just a matter of where they set it."

The U.S. Constitution imposes three eligibility requirements on anyone thinking about running for president. In order to actually take the office, you have to be a "natural born" citizen of the country, and you must have lived in the States for at least the last 14 years. You also have to be no less than 35 years old. Although more and more people seem to be questioning that restriction, it appears likely to remain the law of the land for the foreseeable future.

Seery is the author of the book "Too Young to Run? A Proposal for an Age Amendment to the U.S. Constitution." He says the age requirement is a remnant from the country's early days, in which American patriots were still just a little wary about finding themselves under the rule of a king or other dictatorship. The minimum age – not to mention things like term limits and elections – make it harder for a president to keep the office in the family by passing it to young children.

"Monarchs often succeed to the throne at an early age," Seery says. "So, if you make it old enough, the age minimum is one hedge against monarchs."

Sure, Americans have a strange obsession with the British royal family, but that doesn't mean we want one of our own. The age requirement was one way to safeguard what John Adams called a "natural aristocracy," or one in which leaders rise on merit, not by birthright.

Still, it remains unclear where the Constitution's drafters pulled 35 as an appropriate age to become the country's chief executive. Especially in an era in which three and a half decades was about a person's average life expectancy. Seery says the folks who set that requirement probably looked to the Roman Republic, which has served as a model for government for centuries. Roman counselors were required to be at least 35 years old.

In other words, the age minimum stems from a centuries-old concern about kings and queens ruling from an iron throne and draws inspiration from Roman bureaucrats who governed Italy long before you could wander into the nearest café and find a decent cup of cappuccino. Maybe that's why some people say the rule should be changed, even trying to officially petition the government.

The arguments against the age limit are pretty straightforward: If you can drive car, be sent off to war and vote in elections by the time you reach 18, then why shouldn't you be able to sit at the table with the big boys and girls who make all the decisions about how the country runs? On the other hand, there's the wisdom that comes with experience as well as some medical evidence showing that the brain doesn't fully develop until a person reaches his or her mid-20s. Then, of course, there's the stigma that millennials are dumb and can't be trusted.

And after all, the country's youngest-ever commander-in-chief Theodore Roosevelt was still 42 years old when he became president after the assassination of William McKinley. And when you look back in history, think of someone like Alexander the Great, who conquered much of the known world and managed an empire, all before dying at the age of 32.

Seery says maybe the U.S. is missing out on some upstart government wiz who could heal everything ailing Uncle Sam. The LeBron James of politics could be sitting out there, just waiting for his or her chance to wipe out the country's debt, end hunger and finally get rid of those stupid Segway tours in Washington D.C. once and for all. Instead, that person is probably coming up with a cool new dating app somewhere in Silicon Valley.

Maybe we have the whole age thing upside down, according to Seery.

"If you're going to have age restrictions, they should probably be against old, doddering people," he says. Tell us how you really feel, Seery.

Now That's Interesting
The U.S. presidential elections held in 2020 will be the first where someone from the millennial generation will be eligible to run for office.

What Do Dogs Prefer: Food or Praise? 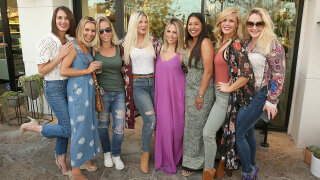 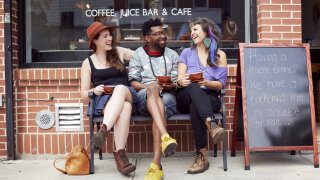