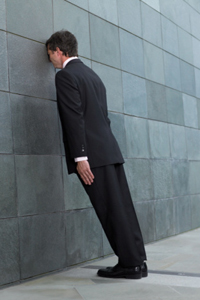 You probably imagined that something has made this man despondent. That assumption suggests that you're capable of theory of mind. See more emotion pictures.
Michael Blann/Getty Images

Back when you were a child of 2 or so, you were virtually mindless, at least compared to how you are now. In the first few years of life, your primary focus was you: You wanted food, comfort, a colorful toy -- and you were willing to cry very loudly to get it. In return, you offered nothing but potential quiet. You were egocentric. You can hardly be blamed for this, however; you hadn't developed to a point where you could look past your own needs.

Then, at about age 3 or 4 -- if you're neurotypical, meaning your mental development was comparatively normal -- you underwent what seemed like a magical transformation. You became a genius at mind reading. You suddenly were capable of looking past yourself and taking into account others' wants, needs, knowledge and mental states. You had developed what is called folk psychology, an ability to think of the mind states of others. Some researchers think that you are able to pull off this nifty trick through theory of mind. To recap: Folk psychology is our ability to make predictions about what's on others' minds, and theory of mind is one explanation for how we carry out that ability.

You'll note that theory of mind is missing a "the" ahead of it. In fact, in academic circles it's often referred to as the theory-theory. That's because this term doesn't refer to a theory on the mind. It refers to how we develop theories about other people's minds -- what they may be thinking, how they may be feeling, what they may do next. We make these assumptions easily, without even recognizing that we are doing something fundamentally amazing: We are making predictions about what is going on in other people's heads and, even more amazingly, these predictions often prove correct.

Consider this. Let's say you're on your way to get a book from the bookcase in the living room and you enter a room where a loved one is seated with her chin to her chest, not engaged in any visible activity. You may rightly believe that this loved one is sad and stop to ask what's wrong. But what forms the basis of this belief? What is it about sitting quietly and alone, with one's head down, that suggests sadness? More importantly, what is the point of not only being able to broadcast this sadness to others, but for them to be able to receive this transmission and stop what they are doing to see what's the matter? The answers to those questions probably lie in the evolutionary benefits folk psychology could bestow. 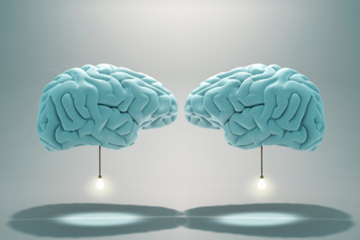 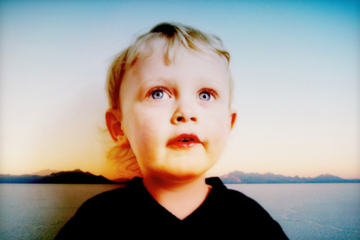 Boston, New York, Texas: The Origins of These and Other Great American Accents
Flameless Cremation Provides Alternative to Burial
Why do people toast before they drink?