Browse the article Are School Dress Codes Biased Against Girls? 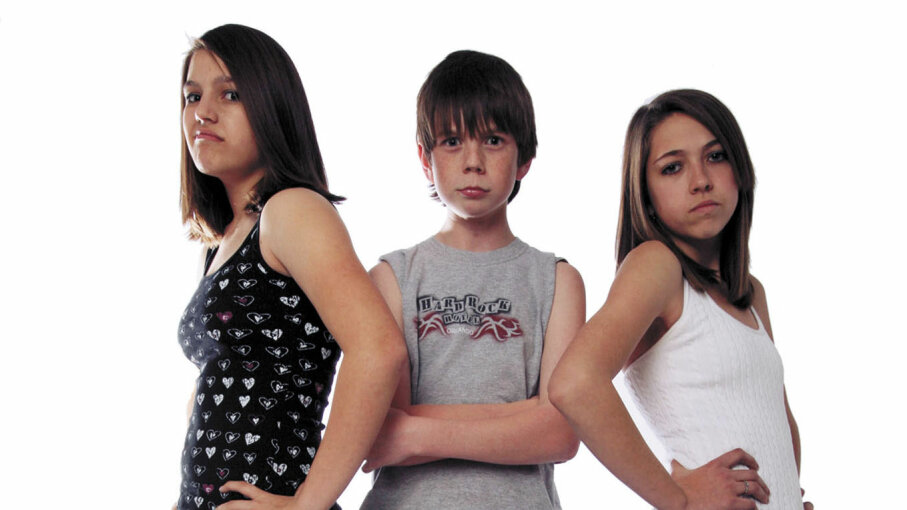 This photo shows some of the clothing typically outlawed in public school dress codes in the U.S. Jeff Blake/The State/MCT via Getty Images

Tweens and teens all over the U.S. are calling into question the legitimacy of seemingly arbitrary school dress codes, and the resident feminists of the "Stuff Mom Never Told You" podcast, Emilie Aries and Bridget Todd, are just loving their actions. In this episode, "What's Wrong with School Dress Codes?" the hosts examine the issue of school uniforms and dress codes from all sides.

Although dress codes in public school have been around since at least the 1970s, public school uniforms really became prevalent in the 1990s and 2000s in response to school violence and gang activity. The ideals were noble – to encourage discipline, help students resist peer pressure and help identify intruders to the school. Policy-makers also hoped to reduce economic and social barriers (because fashion often costs a buck or two) and improve school pride.

Bridget herself donned a uniform, complete with knee socks, during her days as a Catholic school-goer and appreciated the get-up. "I actually love my uniform and I found all of these things [mentioned above] to be the case," she says. "We didn't really have a gang issue that I was aware of in my school but it definitely made me less self-conscious about the clothing I chose because I wasn't a very trendy dresser so I really liked having that eliminated from the dynamics of school."

Emilie, who herself was embarrassed when she was dress-coded as a public school tween for the length of her shorts, is more skeptical. "Part of my beef with all of this stuff, uniforms and dress codes, is that it boils down to, 'Here's what we approve of women's appearance in public. This is what a woman must look like,'" she says, noting that the added body/clothing attention often has unintended side effects. "Please stop trying to objectify me even if you're a well-intentioned school teacher."

Some of the arguments against school dress codes and mandatory uniforms are that they limit free speech and expression, are arbitrarily enforced and they lock schools into a binary concept of gender that penalizes LGBTQ students. Also, "This is all done under the guise of helping students create a safe space for learning where they can focus on education," Emily says, adding, "But the outcome is that women's bodies are policed in ways that men's bodies are not."

The women pointed out the dress codes (which generally revolve around prohibiting revealing tops and very short skirts or shorts) put the burden on girls to keep from "distracting" their male counterparts, a concept that is actually insulting to males. "It also sends the message to little boys that we assume that they're naturally predatory, which is disingenuous and not a good message to reinforce that 'oh we don't expect you to have free well or self-control,'" Emilie says.

All the news isn't negative, however. Emilie was surprised to find research that showed public school uniforms typically correlated with higher graduation and attendance rates, as well as fewer discipline issues. However, they'd like to see more research into the possible negative effects of wardrobe-policing on women. "For all the research out there on school uniforms and dress codes I have not seen enough research on how this can potentially negatively impact women's sense of self and the messages that we're actually giving to all students when we tell women that they need to cover up their bodies in a way that we don't always tell men that they have to," she says.

Listen to the podcast for more details on this multi-faceted issue, as well as to learn ways that dress codes can be implemented without giving negative or sexist messages.

Now That's Cool
Do you feel like you (or your child) has been unfairly dress-coded? Post a pic to social media of the "offensive" outfit with the hashtag #iammorethanadistraction and join the movement.