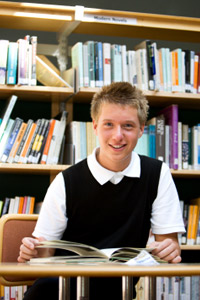 One of the primary benefits of private schools is often thought to be the superior education they offer compared to public schools. According to the results of the 2000 National Assessment of Educational Progress (NAEP), a test required for private and public school students, private school students scored higher on average across all subjects. This trend starts on the first round of NAEP testing, which begins in the fourth grade, and continues through tests that take place in eighth and 12th grades. Students in private schools score higher on this assessment in all subjects tested, including reading, math and science [source: NCES].

However, a new study performed by the Center on Education Policy in 2007 throws this concept on its head. According to this study, there is "no evidence that private schools increase student performance once all socioeconomic factors are corrected for." The study concludes that the students who scored well on NAEP tests would have scored high anyway, regardless of whether they attended private or public schools. After correcting for all socioeconomic indicators, the Center on Education Policy argues that students from private and public schools score about the same on standardized tests. The study does state that Catholic school students perform marginally better than average on these tests, but the difference is fairly insignificant [source: Cloud].

The place where private schools really distinguish themselves is in college acceptance and graduation rates. Not only do private school students score higher than public school students on the SAT exam, they're also more likely to graduate from college across all socioeconomic levels [source: NAIS]. Both of these effects may be attributed to higher academic standards at private schools, evidenced by a higher number of classes required across all subjects to fulfill the school's curriculum.

Another area where private schools shine is in parent and teacher satisfaction levels. According to the Council for Private Education (CAPE), parents of private school children are generally more satisfied with all aspects of their child's education than parents of public school children [source: CAPE]. Teachers and administrators report higher levels of satisfaction; they're also more likely to feel that their contributions are recognized and their opinions are heard [source: NCES].

While there are many reasons for the difference in performance between public and private schooling, a number of factors in particular may be responsible for these differences. According to the National Association of Independent Schools (NAIS), private school students enjoy smaller class sizes, with a 1:11 teacher to student ratio on average. Smaller classes mean more individual attention and more help for those who are struggling [source: NAIS].