by Kate Kershner Mar 26, 2018
A map of Martha's Vineyard, the small island off the Eastern seaboard, which once developed its own sign language that all residents used. nicolecioe/DigitalVision Vectors

History has not been kind to those with disabilities. People with atypical development or needs have been sterilized, institutionalized, jailed — even killed, sometimes due to a desire for a "better" race of people and sometimes out of simple fear and ignorance.

But in this episode of Stuff You Missed In History Class, hosts Tracy V. Wilson and Holly Frey tell us a neat and perhaps lesser-known story about disability in history. On Martha's Vineyard in the 18th century, a robust deaf community existed. And instead of marginalizing or ostracizing people with atypical hearing, the entire community learned and became fluent in a shared sign language, something that has also happened in other geographically isolated communities around the world.

The community developed when the descendants of three different families — from a similar region in the Weald of Kent, in Britain — eventually settled in Martha's Vineyard. All three families appear to have a gene marked for deafness. And by the early 1700s, the deaf population started growing. Estimates vary widely on how many deaf residents were in Martha's Vineyard, but "anywhere from one deaf person for every 155 hearing people, to one in 25 in 1854" were given, according to Tracy.

And remember that it wasn't entirely clear at the time why deafness was so prominent in the community; the gene skipped some family members or even multiple generations. "Today, we understand this as how recessive genes work, but to people who were living at the time, it seemed simultaneously inherited and random," explains Tracy.

A shared sign language soon developed, one that wasn't just shared among deaf people. The entire community, hearing and deaf alike, became fluent. Interestingly, the instruction of this language didn't come from school — it was parents using it in the home, regardless of whether a deaf person was in the family.

The islanders' sign language wasn't the American Sign Language (ASL) that we see today, although there are some similar signs and elements. Those similarities might be because when the first school for the deaf opened in Hartford, Connecticut, in 1817, Martha's Vineyard children took many of the spaces — and that was where standardized ASL was developed.

It's important to keep in mind, however, that the histories of the island's shared sign language are from hearing people. While there are pictures painted of a perfectly egalitarian society where limits on a deaf population don't exist, there's little to confirm that deaf people felt confident and content in the community.

To learn more about the shared sign language of Martha's Vineyard — and some ways it was incorporated into the regional life — check out this episode of Stuff You Missed in History Class with Holly and Tracy.

Now That's Cool
As Tracy and Holly point out with some listener mail, studying the social model of disability can be useful when looking at the historical record of disability. It basically says that disability isn't about the impairment a person has but rather the way society reacts to the impairment. So, if absolutely every building in a community or society is made for a person to easily navigate in a wheelchair, for instance, their "impairment" wouldn't exist at all.

We Need to Know Why the Female Bird Sings 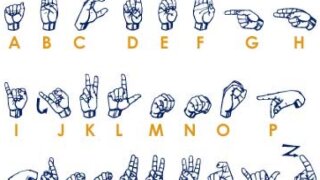 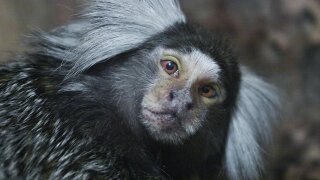 Marmosets Have Excellent Hearing, and That Might Help Improve Tech for the Deaf 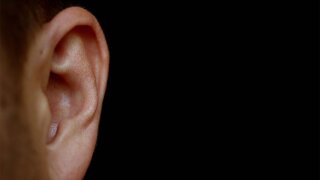