by Nathan Chandler Oct 18, 2019
Artist's impression of the night marchers of Hawaii HowStuffWorks

In Hawaii, they call it "chicken skin," the prickly, hair-raising sensation that humans experience when they feel creeped out or fearful. And no matter how courageous you might think yourself, you can bet that in the presence of Hawaii's ephemeral night marchers ("spirit ranks"), your own personal chicken skin will undoubtedly be on full display.

Long before you see the night marchers, you'll hear them. First comes the ominous, deep thudding of war drums. Then, you hear guttural chanting and spine-tingling blasts from a conch shell. A stench of death might assault your nose. Finally, you may see a succession of torches winding their way toward you in the darkness.

Flee now, or risk the wrath of the supernatural night marchers (or Hukai'po), which have for generations earned the respect of those who follow Hawaiian folklore.

"The night marchers are known throughout the Hawaiian archipelago," says Lopaka Kapanui, a Hawaiian kahuna (priest) and cultural practitioner who's well-acquainted with the islands' spooky folklore and featured in the video below. "It's ingrained in our culture."

In most stories, they're ghostly warriors who stride through jungles and towns alike, adorned in the brilliant costumes of ages past. In their former lives, they protected high-ranking chiefs who were so sacred that no mortal man or woman was allowed to look at them.

"That particular leader, in life, was someone that was so sacred, that according to their status, no one could look at them and no one could be clothed in their presence," says Kapanui in an email interview. "Innocent bystanders who stumble upon the procession and don't know the kapu (rules) are under dire threat of death."

In life, kindly chiefs supposedly took to traveling at night in order to avoid being spotted by commoners (and leaving a subsequent bloodbath everywhere they went). That tradition, according to legend, is carried on into afterlife, as night marchers continue their eternal protective escort.

The marchers still beat their drums out of an extreme sense of duty. "So, as it was in life, so too is it in death," says Kapanui. "Sort of like working for the state all of your life – even after you're dead you don't get an afterlife, you just go right back to work."

When the Night Marchers Come Out

If you understand the lunar cycles and history of the night marchers, he says, you might be able to anticipate their arrival in certain areas. They tend to appear mostly during the last four Hawaiian moon phases, as the moon wanes to blackness, and they seem to prefer sacred sites and notable cultural spots, such as Mākaha Valley Plantation, Ka'ena Point and Kalama Valley, among others.

But it's dangerous to seek out the marchers — locals mostly know better. "Families who can claim ancestral ties to those particular processions take [the marchers] very seriously," says Kapanui. "Others know well enough to at least respect it."

Whatever you do, don't whistle in the dark — some say you might inadvertently summon the night marchers. And if they arrive, no walls can stop them. The only thing that's been said to cause them to veer from a path is the presence of ti plants (a colorful evergreen plant with widespread cultural significance in Hawaii) planted around a home.

In some instances, you might not notice the marchers approaching. Perhaps a gale force wind drowns out the drums or you're simply in the wrong place at the wrong time. No matter the scenario, you must hope that the ghost warriors take mercy on you. If not, you'll hear a shriek of "o-ia!", which means, "let him be pierced," and that'll be the end of you.

But the night marchers respect bloodlines. If you're extremely fortunate, one of the long-dead men will be your distant ancestor — they'll shout, "na'u," which means "mine," indicating that one of the warriors has recognized you as a descendant. The procession will pass you by without causing you harm.

If you don't share blood with any of the warriors you'll be left with only a few recourses. As the legend goes, you must strip off all of your clothing, lay face down on the ground, close your eyes, and play dead. Also, for good measure, urinate uncontrollably (we didn't make that part up). The idea is to convince the night marchers that you have nothing but fearful respect in their presence.

Kapanui says that he once personally encountered the night marchers. "I was in a Chinese cemetery one evening leading a ghost tour. That entire cemetery is built over a night marchers trail." Unbeknownst to him, he just happened to be standing in the middle of their path. Their effect on him was immediate and overwhelming.

" was like being encapsulated. The sound was gone, I could see the wind moving the trees and the tall grass around me, but I couldn't hear it or feel it. It became unbearably hot." Later, he would learn from a cousin that ancestors in the otherworldly procession must have recognized him and surrounded him to provide protection from the marchers.

His professional advice if you happen to encounter the spirits? "The best thing for anyone to do if they hear the night marcher procession approach is to run. Get out of there, make yourself very scarce." Don't stop and try to take selfies, like some foolish people have done in the past. "Just run. Don't be that person."

In other words, if you're in Hawaii and your "chicken skin" warns you of an impending night marcher experience, make like a chicken and flee for your life — because that might be exactly what's at stake.

Sea Urchins Are the Edible Pincushions of the Ocean 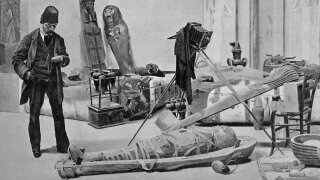 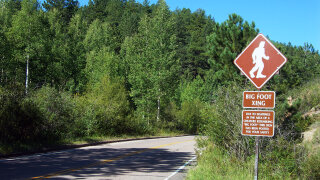 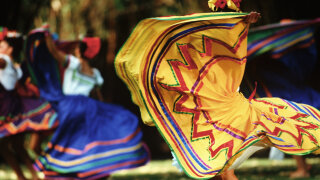