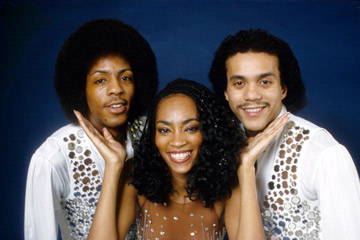 The moonwalk became such a part of Michael Jackson's life that he named his 1988 autobiography "Moonwalk" and released a movie in the same year titled "Moonwalker." However, Jackson always claimed that the media, not he, dubbed the dance "the moonwalk." Jackson claims in Moonwalk" that up until the night before his appearance on the "Motown 25" special, he hadn't even decided on the exact dance moves that he would use during his performance of "Billie Jean." He says that he turned on the song and "let the dance create itself" [source: Jackson].

This does make it sound like the moonwalk just sort of sprung from Michael's brain, but in actuality, Jackson didn't choreograph his dances by himself most of the time -- he used choreographers. He had first seen the backslide done a few years earlier by none other than Jeffrey Daniel, who in addition to being a "Solid Gold" dancer, was also a choreographer and member of a band called Shalamar. Michael took his sister Janet to Disneyland in 1980 and watched Shalamar perform from the side of the stage. He was mesmerized by Daniel's backslide and asked him to teach it to him. According to Michael's sister LaToya, he actually hired Daniel to do so.

Michael probably also saw Daniel, Casper and Cooley perform the backslide on "Solid Gold", and in other publications, he claimed that Casper and Cooley taught it to him. All three were eventually hired by Michael in some capacity -- Daniel choreographed the videos "Smooth Criminal" and "Bad" and also appeared in them. Casper and Cooley were the "lean" dancers on either side of Michael in "Smooth Criminal." Daniel claims that he taught Michael the backslide, while Cooley says that he is "one of the guys" who taught Michael [source: Jaxson]. Neither man claims to have invented it, although Daniel was surprised during an appearance on a British talk show in 2007 when shown the 1955 Bill Bailey clip of the backslide; he didn't know that it dated back that far. Daniel gives credit to the 1970s popping crew The Electric Boogaloos, while Cooley mentions the mimes Shields and Yarnell as his inspiration.

We'll probably never know exactly who taught Michael what would become the moonwalk. The point is that while Michael didn't invent it, he certainly brought it, along with other funk styles, hip-hop and break-dancing moves, into the mainstream.

Does all of this talk of moonwalking have you itching to try it yourself (again, or for the first time)? Learn how to moonwalk, step-by-step, on the next page.