What don't we know about mental illness?

When you take a long view of history, our knowledge and understanding of mental illness has grown exponentially in just a few decades. In the past, people who acted abnormally may have faced exile or death for something beyond their control. Some were carted off to prisons or insane asylums where they endured treatments that seem barbaric to us today. It's human nature to fear what can't be understood, so people who didn't act like everyone else were treated as pariahs to be kept from the rest of us. In some developing cultures, mental illness is still treated as the work of a witch or a devil.

That said, mental illness manifests itself in different people in variable ways, which is why we don't know everything about it just yet. We may not know why a disorder strikes women more than men, or why another disorder which typically affects older adults suddenly shows up in a teenager.

Often, we don't know why a disorder strikes a given person at all. Many conditions are caused by a combination of genetic, environmental and psychological factors, but we don't know what the precise triggers that may cause illness in one person but in not another. For example, if we know that one disorder has its basis in a certain gene, why do some people who possess the gene suffer from mental illness while others don't? In many cases, researchers may not even know which gene (if it is, in fact, only one and not several) is causing the problem; they just know that there's a neurological and biological basis.

To continue with this example, let's turn to treatment. If you don't know which exact gene you're targeting, then it's much more difficult to treat someone with a mental illness. Doctors now have a variety of drug treatments that they can prescribe and which have been proven effective, but in some cases, researchers may not know why one drug works and another drug doesn't. Some drugs will work for one person and not for another.

If we don't even know what we're treating or why certain treatments work, can we really say that we know anything about mental illness? Again, mental illness is a highly personal experience, and the same condition may be experienced by two people in completely different ways. For that reason, we may never completely understand it. However, the biggest obstacle to solving all of the mysteries of mental illness may be the stigma that surrounds it. It's important that we make mental illness a continuing dialogue, so that those with mental health disorders can enlarge the scope of what we know and what we can learn. 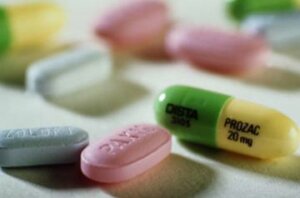 Why are antidepressants the most prescribed drug in the U.S.?