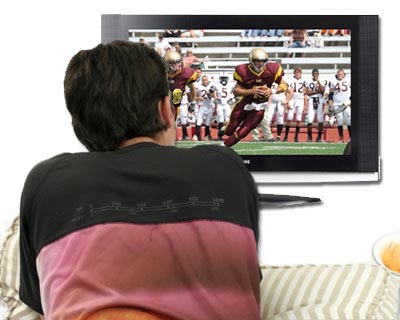 According to recent surveys, the stereotype that most men are sports fans is accurate, especially for men between the ages of 18 and 29.
Image courtesy Stockxpert

Some stereotypes of masculine behavior seem to be true for a lot of men. For example, according to a Scripps News survey, twice as many men prefer to drink beer as prefer to drink wine. In addition, according to a 2005 Gallup poll, three quarters of men describe themselves as sports fans, although the numbers decrease with age. Seventy-two percent of men between the ages of 18 and 29 are sports fans, but only 58 percent of men age 50 and older describe themselves the same way. So the stereotype that men like to drink beer and watch sports seems to reflect the preference of the majority of American men.

But not all stereotypes are rooted in camaraderie and recreation. If you believe what you see on TV, in addition to liking beer and football, men are aggressive, competitive, violent and jealous. They're good with power tools, but inept when it comes to doing housework or caring for children. This isn't a very flattering portrayal, and it's not necessarily accurate. Some of these stereotypes are debatable or entirely wrong. Here's what we found when we looked into several traits commonly ascribed to men.

Are men jealous of sexual infidelity?

One common belief is that men are more jealous of sexual infidelity than of emotional infidelity, and women are the opposite. Researchers have theorized that this stems from primitive mankind's need to ensure its survival. If a woman were sexually unfaithful, a man might be less likely to father children with her. But if a man were emotionally unfaithful, a woman might lose his support in raising their offspring.

This idea seems fairly logical, but studies of jealousy have returned conflicting results. In one German study, researchers showed participants images of several scenarios. The participants used a computer to describe which of the scenarios would be more upsetting. The results suggest that, across cultures, women find emotional infidelity more upsetting than sexual infidelity. Men's responses varied across cultures, but in general they were jealous of sexual infidelity [Source: Human Nature].

On the other hand, a study at the University of California at San Diego measured participants' blood pressure and heart rate rather than asking them to describe their responses. Men had greater physical reactions to physical infidelity, while woman reacted with about the same intensity to both scenarios [Source: Psychology Today].

­Are men angrie­r and more aggressive than women?

According to a 2001 Gallup poll, Americans view women as emotional and affectionate while viewing men as aggressive and courageous. Some researchers have used this perception to explain why more men than women hold powerful managerial positions in many corporations [Source: NBER]. In some ways, a male-dominated management structure is ironic, though, since other studies credit women with generally better leadership skills [Source: Sappenfield].

But studies don't entirely support the idea that men are angrier, more aggressive or more competitive than women are. Instead, men and women differ in how they express these traits [Source: Tavris]. For example, according to a 2004 study at Florida State University, men and women have the same number of angry thoughts. Women tend to have longer, more intense periods of anger. Another study reported that women were more likely to get revenge through subversive methods, like gossip. Men, on the other hand, were more likely to take a direct approach and confront the person who had made them angry [Source: Economist].

In addition, how men and women compete with others or react in the face of anger seems to depend more on power than on gender. Regardless of gender, people tend to respond more directly and aggressively to people who are weaker than they are. People tend to be more subversive in expressing their anger when they are dealing with someone who is in a more powerful position [Source: Tavris].

Next, we'll look at some questions about communication and intelligence.

According to a 2006 study at the University of Maryland Medical Center, men who are injured or become ill during a sporting event are likely to put off seeing a doctor. The study showed a 30 percent drop in the number of men who checked in to the hospital during major sports broadcasts. A second study showed that during a four-hour period beginning 30 minutes after a game ends, 40 percent more men visit the emergency room [Source: CNN.]