There's No Such Thing as a 'Learning Style'

by Jesslyn Shields Apr 17, 2017
Whether a student more easily learns information visually depends more on the subject matter than on the individual student. praetorianphoto/Getty Images

When President Trump entered office in January, he made a request that his daily briefings be given to him using a lot of pictures and graphics because he is a "visual and auditory learner." As a result, his staff took former President Obama's contingency plans for U.S. military involvement in Syria, and cut them down to thumbnail sketches of text, reinforced with photos and graphs.

This might seem pretty reasonable — after all, we've all heard of the idea that individuals learn differently, and that instruction methods should be tailored to each person's preferred approach to learning. So, if you're an auditory learner, you might want to listen to a podcast rather than reading an article, and if you learn kinesthetically, you'd most likely prefer learning geometry by playing pool rather than sitting in a classroom watching your teacher demonstrate formal proofs on the whiteboard. Schools have been tailoring lessons to these various learning styles for over 30 years — a 2013 survey of international teachers found that 96 percent of them, from the U.K. to China, believed in learning styles. In the workplace, everything from staff training to the presentations you see in meetings take this concept to heart. There's a lot of money to be made off the idea of learning styles in the education sector, the corporate world, and from the general public.

The problem is, very little empirical evidence supports the idea that people learn better when their instruction matches their preferred way of receiving information. In fact, considering the widespread popularity of the idea, astoundingly few studies support the idea, while far more show that people generally perform better when they've learned something in the style that best fits the subject matter.

"Learning styles do exist, if by learning styles you mean that students have preferences," says Dr. Doug Rohrer, a University of South Florida psychology professor. "The controversy is whether students benefit from instruction that is tailored to their style. Those are two different things."

Let's say you enjoy playing the flugelhorn. So, the idea of learning organic chemistry while playing the flugelhorn will probably appeal to you more than it would if you were just sitting there poring over a textbook memorizing named reactions and the shapes of molecules. But would you actually do a better job of learning organic chemistry? Probably not, although you might like it more. According to Rohrer, the optimal approach to any subject matter should guide the way the subject matter is presented, not the preferences of the learner:

"You might prefer auditory learning over visual learning, but that doesn't mean you're better off learning geometry without seeing any diagrams," says Rohrer. "The ideal instructional approach, whether it's visual, auditory, kinesthetic, or some combination, depends on the learning material — not the student."

Though studies have disproven the idea of distinct learning "styles" among students, the myth persists in schools worldwide.
mediaphotos/Getty Images

Another problem with learning styles is that we might not know ourselves as well as we think we do — either that, or the questionnaires we use to establish preferred styles are unreliable. For instance, someone might think they prefer to learn visually, but when they're tested, they often perform better when they received the information in a completely different manner.

But as long as we're giving everybody what they like (or think they like) and everybody's learning the subject matter well enough, why not just let them keep doing what they're doing? What's wrong with Trump learning about the geopolitical complexities of the relationships between the nation he leads and the rest of the world through a photo slideshow?

"Labeling students as, say, kinesthetic learners and then providing them with kinesthetic instruction might make the students and their parents happier, but this merely delays the day of reckoning," says Rohrer. "Students can't truly learn Shakespeare through kinesthetic instruction. Likewise, a good lawyer must be comfortable with words. No one wants a lawyer who went to 'kinesthetic' law school, simply because law is practiced through verbiage."

Now That's Interesting
The idea that everybody learns differently dates back to ancient Greece; Aristotle noticed learning differences in young children as early as 334 B.C.E., writing that "each child possessed specific talents and skills."

Why So Many Married Couples Look Alike

Awesome, Abnormal & Astounding: Our Best Stories You Might Have Missed This Week 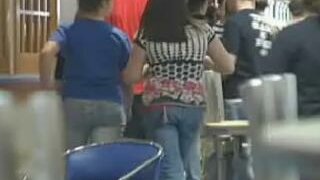 What are cognitive changes in adolescence? 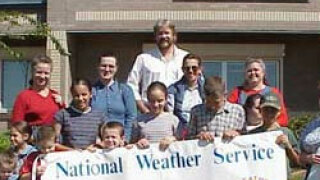