by Stell Simonton Mar 26, 2019
Grady Stiles, also known as Lobster Boy, suffered from a genetic condition called ectrodactyly, in which his fingers and toes were fused together to form claw-like extremities. Stiles was a resident of Gibtown for many years before his murder in 1992. YouTube Screen Shot

Back in the 1950s, Gibsonton was a sleepy little Florida town not far from Tampa. Dogs slept in the streets, and the fishing was good in the Alafia River.

But if you looked a little closer, you'd notice that the town wasn't quite like any you'd ever stumbled into before. Gibsonton was just slightly off — there was something just a little bit different about this town. A giant and a woman with no legs ran the restaurant. The post office had a low counter for "little people." Siamese twins ran the fruit stand. Lions, elephants and monkeys lived in back yard pens, and carnival rides were parked in driveways all over town.

Known as Gibtown, it was where folks from the freak show settled and retired.

Among the residents were Lobster Boy, who had grown up as a circus freak and whose inherited condition, ectrodactyly, gave his hands a claw-like appearance, with only two fingers attached to each wrist. There was the Human Blockhead, whose deformed nasal cavities allowed him to hammer metal spikes up his nose, and the World's Fattest Woman, who was said to weigh in at a whopping 600 pounds (272 kilograms).

Starting in the late 1930s, Gibsonton became the place they called home when not traveling with the carnival and by 1967, about 100 freaky folk and about 1,000 "carnies" lived there.

"There were many characters," says David "Doc" Rivera, a retired carnival owner who runs the International Independent Showman's Museum, which opened in Gibtown in 2012. "You had to be a character to be in this business."

"There were two ways to get in the [carnival] business," he says. "You had to be born into it or to have a personal misfortune."

Percilla the Monkey Girl was born with hypertrichosis, a condition in which dark hair covers the body and face, gums are enlarged and, as in Percilla's case, two sets of teeth appear, according to the Showman's museum. At the Johnny J. Jones Exposition in the late 1930s she met Emmitt the Alligator-Skinned Man, whose condition, called ichthyosis, created a covering of thick, scaly skin all over the body. Both had been adopted by sideshow operators and exhibited from an early age, a not uncommon practice in the early 1900s for those with physical deformities. The two fell in love and married and were mainstays in Gibtown for the rest of their lives.

Al and Jeanie Tomaini were the first carnies to settle in the area, arriving in the late 1930s. He was known as Al the Giant and is said to have stood more than 8 feet (2.4 meters) tall because of the condition known as gigantism. She was born without legs and was only 2 feet 6 inches (0.79 meters) tall. The two married and toured as The World's Strangest Married Couple. They bought acreage on the river and opened a restaurant and fish camp they called Giant's Fish Camp, legendary to this day in Gibtown.

"Every summer my parents would leave and go on the road, make some money, and come back," wrote their daughter Judy Tomaini Rock. Others in the carnival business joined them and Gibtown became the place where circus people felt at home.

Gibtown was only 45 miles (72 kilometers) from Sarasota, the winter home of the Ringling Brothers and Barnum & Bailey Circus. Hillsborough County was friendly to the carnies, giving them permission to keep wild animals, trailers and carnival rides in their yards. "We can have carnival equipment," says Rivera, because of a special residential show business zoning permit created by the county.

Decline of the Freak Show

Today, few traveling carnivals and circuses remain. In their heyday in the 1920s and 30s, they were one of the few forms of entertainment that came to small town America.

"The golden age of carnivals and circuses is gone," Rivera says. He says about 200 carnival people still live in Gibtown.

Freak shows themselves began to decline in the 1940s but some still existed into the 1980s. They fell out of favor as gawking at people with deformities came to be seen as exploitation. The Americans With Disabilities Act provided more job opportunities for people with disabilities, and the freak show was no longer the only employment they could find.

The rusting hulk of an old concession stand serves as a rotting reminder of Gibtown's carnie past.
Jacob the Carpetbagger

Fat lady Dotty Blackhall died in 1960 at age 53. Lobster Boy Grady Stiles was murdered in 1992, bringing notoriety to Gibtown. Giant's Fish Camp is gone except for a concrete pedestal with a huge boot on top, a monument to the memory of Al and Jeanie Tomaini.

The town has become a bedroom community of Tampa, Rivera says, with what he calls "hipsters" moving in. Rivera's museum, however, draws visitors. And the International Independent Showmen's Association, known as the Showmen's Club, is a hive of activity. Among the many events held there was a celebration of the 50th wedding anniversary in 1988 of Monkey Girl Percilla and Emmitt the Alligator-Skinned Man. The club has 5,000 members, Rivera says, and hosts trade shows, bike fests and other events.

Learn more about carnival freaks and freak shows in "Freak Show: Presenting Human Oddities for Amusement and Profit" by Robert Bogdan. HowStuffWorks picks related titles based on books we think you'll like. Should you choose to buy one, we'll receive a portion of the sale.

Now That's Interesting
The World of Wonders has been called the last touring American sideshow. Although its Gibsonton owner Ward Hall died in August, the show goes on with characters including Trixie Turvy, Dizzy Diamond and Luella Lynne.

Humans, Like Other Animals, May Have a Magnetic Sixth Sense

Why Cramming Is the Worst Way to Study 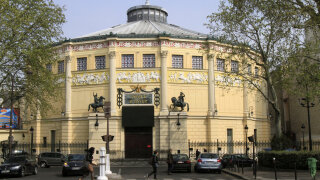 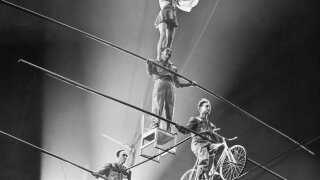 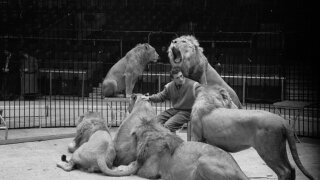 What's the most dangerous job at the circus?