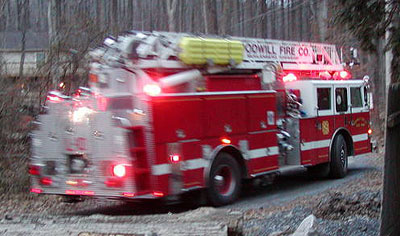 To a typical kid, the only thing cooler than a fire truck is ­somebody who rides in one. Firefighters maneuver through the city at high­ speeds and climb ladders to sickening heights. These highly trained specialists risk their lives every day fighting fires. It's easy to see why so many people aspire to become firefighters: serving as one is heroic and adventurous. But becoming a firefighter takes more than brute strength and guts of steel.

In this article, we'll take a closer look at what it takes to become a municipal firefighter and examine different elements of their training.

Before you can become an active-duty firefighter, you need to spend about 600 hours in training, over the course of 12 to 14 weeks. That's somewhere between 40 to 48 hours per week, which makes firefighter training a full-time job. Training typically occurs at a fire academy, which is often run by the fire department, a division of the state government or a university.

Firefighting is a highly competitive field. Thousands of applicants apply every year across the country, but most are rejected. Many departments hire every two years, and typically give staff positions to about 30 applicants at a time. While some fire departments only require applicants to hold a high school diploma, many look for applicants with two years of college credits from an accredited college or university. Firefighting is so competitive, in fact, that many applicants obtain EMT or paramedic certification before applying to become a firefighter, making them more desirable to hiring departments. Today, more applicants than ever before have four-year degrees in Fire Science or related fields, which has made the field even more competitive.

To pass the physical portion of the firefighter exam (CPAT), recruits must be able to quickly climb an extended ladder.

The primary focus of the physical ability test is agility, upper body strength and endurance. Each task is timed and tests the applicant's capacity to endure sustained physical activity. These tasks are reflective of what students do in the fire academy throughout their training day in and out. It's unlikely that an applicant who strains to complete the tasks will survive 14 weeks of training, and so is a strong indicator of future success.

Physical tests vary from academy to academy, but here are some common tasks:

­ Applicants train for the CPAT in some unusual ways. Often, applicants run up and down stairs or stadiums, lift heavy sacks of sand by rope, or jog in multi-level parking garages.

Next, we'll take a look at the most exciting and dangerous aspect of firefighter training.

Thanks to Mike Wieder for his assistance with this article. 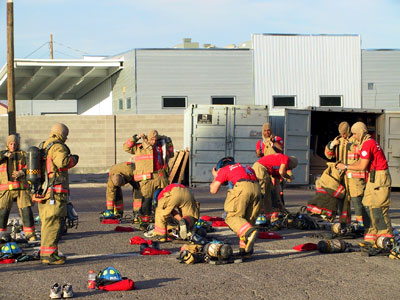 In order to survive, firefighters must be able to think critically and clearly and solve problems quickly, under extreme stress. This can be especially difficult in an actual fire, so training instructors conduct live fire training drills: they purposely set buildings on fire to give students opportunities to develop these skills. The overall goal of this behavioral training is to instill good habits in students through repeated exposure. Live fire training is conducted in burn buildings, which are structures, built or acquired, to be intentionally burned for firefighter training. Let's take a look at what a typical live fire training session looks like, according to the NFPA (National Fire Protection Association).

An instructor gives a briefing of the day's activities, and students dress in their high-tech, multi-layered specialty clothing. These clothes can withstand temperatures up to 1,200 degrees Fahrenheit. In addition, each student wears an SCBA, tacking on an extra 30 pounds.

Next, the students enter the burn building. One instructor goes before the students, and one trails behind. The students place themselves on the same side of the hose and distance themselves an arm's length from each other. Other students, who won't be operating the hose in the structure, prepare to move the hose line forward as the crew goes further into the structure. The crew gets down into a crawling position as they enter the burn area, making sure to keep the hose line between themselves and the flames. As the students approach the area they will attack, they take their positions on the line, one operating the nozzle, the others supporting.

The instructor gives the go-ahead and the students open the nozzle, attacking the flames. At the instructor’s command, the crew closes the nozzle positioned away from their bodies to avoid steam burns on exposed skin. Now the students rotate. The nozzle operator moves to the back of the line and everyone else moves forward. The crew repeats this process until everyone has a turn operating the nozzle. When they extinguish the fire, the crew leaves the structure quickly but safely, leaving only the nozzle operator and a back-up crew member behind. The two of them stay to make sure the fire doesn't re-ignite. When it's clear the fire is permanently extinguished, the crew works together to retract the hose line from the structure.

After the training drill, the instructor checks the students for injuries. Once everyone is checked out and accounted for, the instructor reviews the activity and provides constructive feedback.

Next, we'll look at the different types of burn building used in training and learn about firefighter ranks and volunteers. 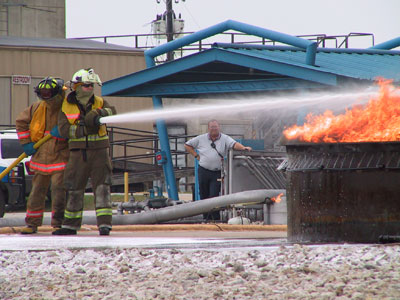 How Nepotism Works
MIT Rewards Responsible Civil Disobedience With New $250,000 Prize
How Ordinary Citizens Can Get Congress to Actually Listen