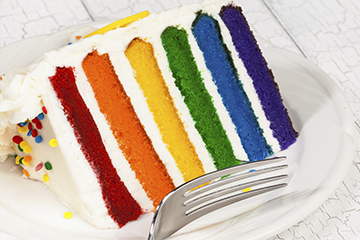 The FDA is like a layer cake -- a delicious layer cake of bureaucracy intended to keep you safe.
juliannafunk/iStock/Thinkstock

Like most government entities, the FDA evolved out of several other agencies and experienced some name changes, reorganizations and relocations before it became the agency we know today. For simplicity's (and sanity's) sake, we won't wade too deeply in the nitty-gritty details. Instead, let's focus on two simple questions: How was the modern FDA formed, and how is it organized today?

As we learned in the last section, Congress tasked the Department of Agriculture's Bureau of Chemistry with enforcing the 1906 Food and Drugs Act. To accomplish this task, the agency conducted experiments to inform the regulations they created. In 1927, Congress split these duties between two separate agencies: the Food, Drug and Insecticide Administration (FDIA), which handled the regulations, and the Bureau of Chemistry and Soils, which performed the experiments. Just a few years later, on July 1, 1930, Congress dropped the "insecticide" part and renamed the agency, simply, the Food and Drug Administration. From there, it bounced around under four different parent agencies until 1979, when it finally landed where it is now — under the Department of Health and Human Services [source: National Archives].

The FDA's organization has certainly changed over its 85-year history, but it's generally been hierarchical; think layers on a cake. Today, the top layer is the Office of the Commissioner of Food and Drugs, which reports directly to the secretary of Health and Human Services. This first layer also includes seven supporting organizations that report to the commissioner and help the agency with high-level administrative tasks like crafting policy, coordinating outreach and handling litigation [source: FDA, "Commissioner"].

The next layer contains the offices of five deputy commissioners who all answer to the commissioner and do most of the agency's heavy lifting. Two of these units, the Office of Foods and Veterinary Medicine and the Office of Medical Products and Tobacco, are responsible for ensuring the safety of specific products. The other three — the Office of Global Regulatory Operations and Policy; the Office of Policy, Planning, Legislation and Analysis; and the Office of Operations — support these efforts by offering policy guidance, drafting legislation, assisting with day-to-day operations and providing other general services. Each of these offices has one or more layers below it, all playing a role in keeping our food, drugs and other products safe [source: FDA, "Organization"].

While the FDA headquarters is in Silver Spring, Maryland, the agency also boasts 227 field offices and 13 field laboratories located across the United States as of 2014. These branch facilities are responsible for conducting inspections of regulated products and facilities, analyzing samples of regulated items and monitoring goods that enter the United States [sources: FDA, "ORA" and FDA, "Regulatory"].