A reporter at The New York Times. A U.S. Senator, running for president. A first lady. A revered country music star. A civil rights icon.

Each of them, along with thousands and thousands of students every year, uncounted scientists and doctors, titans of business and speakers at the local Rotary Club are virtual thieves, swiping the work, words and ideas of others and passing them off as their own. They are plagiarists.

"It's a particular problem in academia because we care so much about the process," says David Rettinger, a professor of psychology at the University of Mary Washington in Fredericksburg, Virginia, and the president of the International Center for Academic Integrity. "I say this to my students all the time: I don't care that you give me a [clean] paper. I care that you write a paper. The point is ... it's like sending someone to the gym for you. It completely defeats the purpose."

If Merriam-Webster is your definition of definitions, then plagiarism is, in its verb forms:

transitive verb
: to steal and pass off (the ideas or words of another) as one's own : use (another's production) without crediting the source
intransitive verb
: to commit literary theft : present as new and original an idea or product derived from an existing source

For an example, we could simply have copied those definitions (which, in fact, we did), not changed a word (ditto) — not even the format (yep) — and not credited Merriam-Webster. But then, of course, we'd be flat-out plagiarizing, or at the very least trampling on the line between plagiarism and safer, albeit sleazy word-cribbing. Wisely, we attributed the words to Merriam-Webster. We even provided a link.

Plagiarism is not always that cut-and-paste easy. The legal definition — this taken from Cornell Law School's Legal Information Institute — is, as legalese often is, murky:

Deliberately passing off somebody else's original expression or creative ideas as one's own. Plagiarism can be a violation of law if copyrighted expression is taken. Often, however, plagiarism does not violate any law, but instead simply marks the plagiarist as an unethical person in the political, academic or scientific community where the plagiarism occurs.

So then, what about taking information from someone else, twisting a few words around, maybe changing a name or two, and passing it off as your own? How much do you have to change to avoid plagiarism? How much "borrowing" is too much? Where do you draw the line?

"It's always OK to use the ideas or the words of somebody else. That's not the problem. The problem is acknowledging your sources," Rettinger says. "Different disciplines and different situations have different expectations of what's yours and what's shared."

Lawyers, for another example, can use similar wording in legal briefs — maybe even the exact wording — but that may be more generally acceptable; it is, Rettinger says, shared language in their profession. But what about scientists, or researchers borrowing wildly from another paper that was based on an originally researched study?

Or this example from journalism: A big news site, say, taking chunks of a story reported and written by another site. If it's a 1,000-word article done by Site A, and Site B uses 800 words of it verbatim, is that OK, even if Site B credits Site A? Is that plagiarism? Can we agree that, at least, it's pretty lame?

"It seems to me more and more mainstream sites are doing it," Bailey says. "I kind of expect it from Johnny Q Snapchat Blogger or whatever. But when I see a mainstream website doing it, I get very worried."

The point is, it's hard to say sometimes what is and what isn't. Oftentimes, the plagiarizer and the one who is ripped off don't see eye to eye.

Who would do such a thing? Students, all the time. Researchers (according to one study, close to 10 percent of retracted journal articles were pulled because of plagiarism). Politicians (former U.S. Senator and Vice President Joe Biden, famously, was accused of it in a speech and, years after the fact, admitted to plagiarism he committed as a student — though he said it wasn't "malevolent"). First ladies (Melania Trump has been dogged by rumors of plagiarism in speeches ever since her opening night address at the Republican National Convention in 2016). Journalists, as we've pointed out. Musicians, too (Bailey names Johnny Cash). Poets (see Now That's Interesting, below) and writers.

Sometimes, we should acknowledge, plagiarism is accidental. A student, borrowing an idea from a website while doing research, pastes some information into a paper s/he is working on and forgets to attribute it. Obviously, it's a small problem when it's a sentence or a brief paragraph. It's a bigger problem when several paragraphs or chapters make their way into the paper.

But some, of course, steal wantonly, never intending to give others credit in an attempt to pull a fast one. They figure they won't be caught and, if they are, they think they can explain it away.

There are others, too, both brazen and sly. Many, many others. "The ones that get me are the students that just don't feel like they can do the work," Rettinger says. "Those are the ones that make me the saddest."

Why Do Plagiarists Steal?

"Plagiarism begins, I think, at the core, when a person doesn't see the value in creating the work themselves," Rettinger says.

For those who don't plagiarize accidentally — and, of course, "It was an accident" is the first line of defense for any plagiarist — there are any number of reasons to go rogue. In a plagiarist's mind, if you're never caught, it's not wrong. It becomes acceptable.

Former American journalist Jayson Blair fabricated quotes, dreamed up things that never happened, stole entire passages from published news accounts verbatim, then concocted dozens and dozens of stories, passing them off as fact under his byline in The New York Times. He got away with it for years.

He tried to explain himself to Duke students in 2016. "Once you do something that crosses any ethical line... it is easy to go back and do it over and over," he told the student reporters. "I danced around it and then crossed it and had a real hard time coming back."

This plagiarism spectrum graph provides a scale of how likely someone is to have plagiarized accidentally or deliberately.
The Australian National University

How Big of a Problem Is Plagiarism?

With a moving definition of plagiarism, it's difficult to pin down exactly how many word and idea thieves are among us. (Not to mention those ripping off music — "Blurred Lines" — or other forms of expression — say, the movie "The Shape of Water.")

The biggest battle in the never-ending war against plagiarism remains in academia, and it's certainly not limited to high schoolers. One study found that more than half of 400 Iraqi medical students said they had plagiarized.

Even in the halls of higher learning, though, it's hard to determine how widespread the problem is. Schools often contract commercial firms like Turnitin to use their software to try to catch plagiarism. (Turnitin recognizes 10 types of plagiarism on its Plagiarism Spectrum.)

"It ranges from very little to all the time," Rettinger says. "It depends on how hard you look, and what subject you teach and to whom. In terms of wholesale plagiarism, probably not that often, but in terms of maybe a paragraph here or sentence here or a paragraph or sentence there — it depends on your definition of 'common' — but my impression there is it's fairly common.

"It's an arms race. And as long as it's on, we're going to lose, because there are more of them and they're very motivated."

How Can We Stop It?

Aside from firms like Turnitin, online plagiarism checkers, which compare written papers to a database of published material, are available (some for free) for those wanting to stop plagiarism before it happens, or catch it once it does. Bailey — who has been the victim of plagiarism — is a copyright and plagiarism consultant at CopyByte, which says it offers "Plagiarism and Copyright Expertise You Can Trust."

Even with new methods of identifying plagiarism and plagiarists, Bailey admits that stopping the practice altogether is practically impossible. "It's one of those things," he says. "No police officer catches all the criminals."

Slowing plagiarism, though, can be a goal. It's critical for educators, Rettinger says, to teach students the very real worth of researching and writing their own work. And it's important to make students and other would-be plagiarizers understand, Bailey says, that both sides lose when someone tries to take credit for another person's work, words or ideas.

NOW THAT'S INTERESTING
The word plagiarism has its root in the Latin plagiarius. According to the Online Etymology Dictionary, the word means "kidnapper, seducer, plunderer, one who kidnaps the child or slave of another ..." and was used by the Roman poet Martial to describe another poet who had plundered his works.

Blue Java: The Banana That Tastes Like Ice Cream 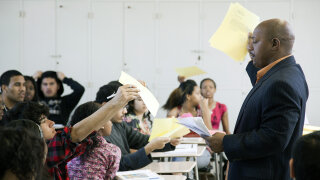 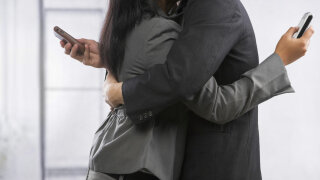 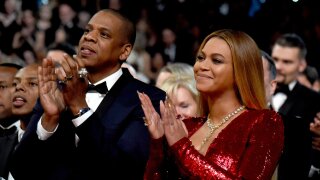 Good Excuse, or Is There Actually a Cheating Gene?