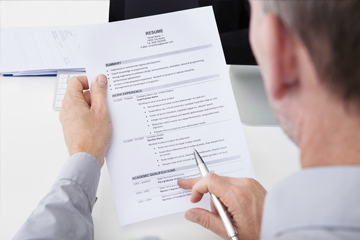 Online degrees are getting more thumbs up than they used to, but not the acceptance some students think they deserve.
AndreyPopov/ThinkStock

So, you're almost ready to take the plunge and devote your time -- and income -- to obtaining an online degree. One lingering doubt remains, though. After all the lost weekends, late night studying and gallons of coffee, will that degree translate to a better job?

The short answer is "possibly," but the future looks brighter for those pursuing online diplomas. After a somewhat rocky start, the time may now be right for businesses and distance learning to form a strong, stable alliance.

While the idea of taking computer-based correspondence courses to pursue a degree met with strong resistance from employers as little as 10 years ago, attitudes have changed. Two polls in 2010, one by the Society for Human Resources Management (SHRM) and the other by the Society for Industrial and Organizational Psychology (SIOP), found that employers were still neutral to slightly against online degrees, but that overall perception had improved [source: Rechlin]. A SHRM study from the same period revealed that 79 percent of reporting members had hired applicants with online degrees during the previous 12 months [source: SHRM].

That's good news, and there's more: An increase in online graduates means a workforce where online degrees aren't an anomaly, but a regular fixture on HR desks across the country. In fact, during the fall of 2012, more than 7 million students participated in at least one online course [source: Haynie]. That's not as surprising as it may sound, since 80 percent of higher education institutions offer at least some classes online. Sixty-five percent of those institutions believe implementing online learning strategies is critical for their long-term success [source: Online Learning Consortium].

Student interest in online degrees has another simple component. Many employers now use degree completion as a screening criterion, so finishing a degree can be the first step to getting through the door of an industry that didn't require one in the past [source: Oblinger]. This is happening at a time when respected universities like Stanford, Harvard and MIT have begun offering massive open online courses (MOOCs) that may not be degree-track programs but do have indisputable academic credentials. A perceived improvement in the quality of distance learning has helped give online diplomas more credibility with employers, while a greater demand for degreed workers has helped increase enrollment [source: Webley].

The picture isn't entirely rosy. Some industries and employers may be resistant to online degrees, so it's a good idea to ask counselors and other advisers about specific industry biases and ways to work with or around them when pursuing a particular career path. Where there is resistance, three factors seem to enhance the standing of an online school: solid accreditation, a brick-and-mortar presence and an established name [source: Ed Tech].

Put it all together and online degrees are getting more thumbs up than they used to, but not the unanimous approval some students think they deserve. Since distance learning is becoming more acceptable to employers, and possibly more important to universities, the positive trend is likely to continue.

The Pros and Cons of Pandemic Learning Pods
How do colleges get accredited?
National Science Teachers Association Convention 2001