Perhaps you're a little nervous or simply a creature of habit, but chewing your fingernails down to the quick is something you've done for years. While this may seem like an innocuous act, it could be categorized as a lesser form of cannibalism.

Cannibalism — which occurs among numerous species of the animal kingdom, too — is an ancient and persistent cultural taboo but dates at least as far back as the Neanderthals. Paleontologists have discovered teeth marks on Neanderthal bones that have had the marrow sucked out. As humanity's timeline progressed, there's also evidence of human bones with kettle polish, a patina that develops when bones hit repeatedly against a metal pot while being cooked.

The consumption of human flesh by other humans — also known as anthropophagy — isn't something that only predates modern society, though, as the Stuff They Don't Want You to Know video above explains. In modern times there are five specific categories of cannibalism; first among them is symbolic cannibalism, one that resides in the abstract, spiritual realm. The symbolic act of Christian mass — eating a wafer that represents Jesus' flesh and drinking wine that stands in for his blood — is still a common occurrence.

While no actual flesh is consumed in symbolic cannibalism, it's a far different matter for survival cannibalism. You may be familiar with stories of the Donner Party, a group of pioneers that became stranded in the mountains and may have resorted to cannibalism to survive. There also are accounts of people lost at sea who draw straws to determine which person is sacrificed for the others' survival. A modern example of survival cannibalism is the rugby team whose plane crash-landed in the Andes mountains. Until they were rescued 72 days later, survivors subsisted on the flesh of passengers killed in the crash. The ordeal was made into a movie, "Alive."

The third type of cannibalism centers around normalized, learned cannibalistic behavior within a society. In endocannabinoid cannibalism, a community of like-minded folks eats someone in their group. Exocannibalism entails consuming the flesh of someone outside the group, usually as a way to terrify other, steal another's life force or survive starvation conditions. The Wari' tribe, for example, eat the bodies of dead relatives as a way to release the bodies' spirits, while the Aztecs in Mesoamerica captured enemies and ate them. In the Pacific theater of World War II, both Chinese and Japanese troops were accused of consuming the body parts of POWs.

Another, and perhaps most disturbing, form of cannibalism is pathological cannibalism. Serial killers like Jeffrey Dahmer killed and ate people's bodies, reportedly in the hopes of creating some sort of undead sex slave.

Oh wait: the fifth type of cannibalism is just as disturbing as the prior. Autocannibalism occurs when a person eats themself. This encompasses a range of behaviors from the innocuous — chewing one's fingernails, or eating the placenta after giving birth (which borders up against learned cannibalism) — to the decidedly gross, as in the fellow in Japan who had his genitalia surgically removed and then cooked and served them at a pay-to-dine dinner party. There's also forced autocannibalism, in which a person is forced to eat part of themselves.

And, if you're not already planning to lie awake tonight with visions of cannibalism in your head, consider this: There are rumors of secret societies — active right now, in our lifetimes — that ritualistically consume the flesh of humans.

An etching published in Theodore de Bry's "Historia Americae" circa 1563 depicts cannibalism.
Leemage/Getty Images
Now That's Interesting
The term rabbit starvation describes the starvation of a person who is eating lean meat (like rabbits or, in a survival situation, humans); although the belly might be full, the lack of nutrients and fat still leads to starvation.

When's the Best Time for a Flu Shot? 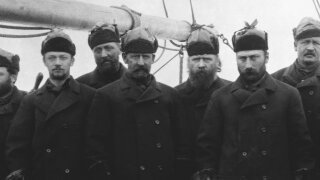 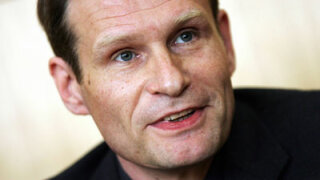 Early Humans Mated With Inbred Neanderthals — at a Cost 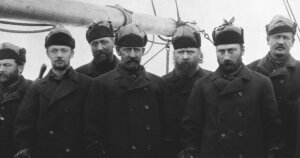 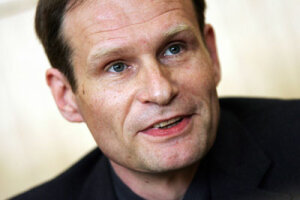