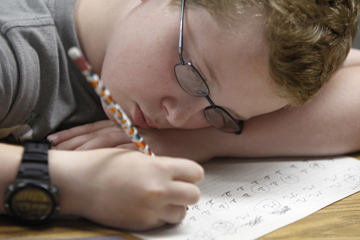 The last time I saw a cursive capital Q, I thought it was a 2. Like many of my generation, I started learning cursive in second grade, perfected it in third, and dropped it by the time I finished high school. I couldn't connect my letters now if I wanted to.

Flowing script and those loopy, 2-like Q's have been inching into oblivion for decades [source: Amos]. The trend suddenly turned official, though, when the Common Core State Standards Initiative (CCSSI) first offered its K-12 curriculum for voluntary state adoption in 2010 [source: Common Core Standards Initiative]. The CCSSI, a movement aiming to standardize math and language-arts requirements across all U.S. states, decided to omit any mention of cursive writing, once a grade-school standard, in its guidelines [source: Shapiro].

With 45 states electing to implement the Common Core standard as of 2013, the long-debated, future demise of cursive appears to be moving into the present.

The relevance of cursive writing in a culture of keyboards is, at best, up for debate. Once, though, it was inarguably applicable. Before the advent of typewriters in the late 19th century, handwritten communication was the only way for people to express themselves on paper. So logically, good handwriting, and specifically the personalized, more intricate cursive format, was highly valued. Poor handwriting, like poor speaking, could make you look stupid, lazy or ignorant.

Now, it seems, not so much. The extent of cursive instruction in U.S. schools has steadily decreased since the 1960s, when the recommended allotment for handwriting instruction was 45 minutes per day [source: Kelley]. Two decades later, that was down to 15 minutes [source: Kelley]. Since then, with the increasing dominance of computer-based communication, questions have been raised as to whether "penmanship" should be taught at all. 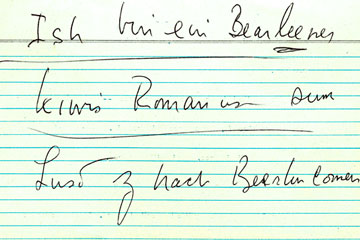 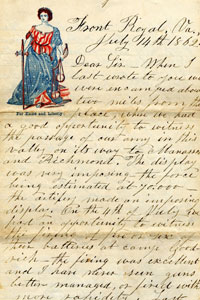 How the Minerva Project Works
Can schools take away a student's civil rights?
How Becoming a Doctor Works