What International Women's Day Is Really All About

Browse the article What International Women's Day Is Really All About 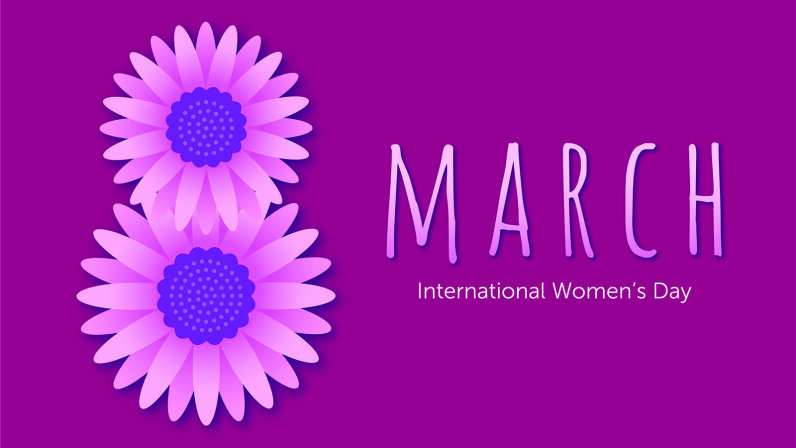 "This is a new thing, right?" my go-to morning radio DJ asked his co-host. "Like, it started last year, I think?"

I had barely opened my eyes by the time the words left his mouth, but the gross inaccuracy was enough to send me shooting from groggy half-slumber straight to my laptop. A two-second Google search confirmed what I'd been told my whole life: March 8, International Women's Day, has been celebrated around the world for more than a century. As a first-generation American born into a family of Russian Jews, I realize I have somewhat of an unfair advantage on the international front, but I've only recently come to realize how novel today's historic celebration really is to so many in the United States.

More Than 100 Years of History

The first International Women's Day (IWD) gathering took place in 1911, but the event had been brewing for a few years. In 1908, 15,000 women marched through New York City, demanding shorter work hours, better pay and voting rights (something they wouldn't get for another 12 years). One year later, on Feb. 28, 1909, women across the U.S. began commemorating National Woman's Day (NWD), and in 1910, female representatives from around the globe united in Copenhagen at the second International Conference of Working Women to make things more official.

Clara Zetkin, leader of the "Women's Office" for the Social Democratic Party in Germany, proposed to the 100 attendees from 17 countries that women all over the world should unite in global solidarity each year on the same day to push for equality. The next year, International Women's Day celebrations took place for the first time in Austria, Denmark, Germany and Switzerland on March 18, with more than a million women and men attending rallies, demanding equal rights.

Less than a week after the hopeful events, however, a historic tragedy took place in New York City. The Triangle Shirtwaist Factory Fire in New York City killed more than 140 working women, most of whom were young Italian and Jewish immigrants. The devastating event served as a harsh reality check of current labor conditions for women, and it became a focal point of subsequent IWD events in the coming years. As World War I tore through Europe three years later, women banded together, using the IWD movement as a means to protest for peace. Russia's first IWD observance took place on the last Sunday of February that year, and the celebration spread to other countries in Europe the following year.

Russian women were at the forefront of turning IWD into a political platform; on the first day of the Russian Revolution in 1917, tens of thousands of women took to the streets of the capital, in response to the death of more than 2 million soldiers. Participants flooded public spaces for four days, calling for change and rallying against food shortages — the overwhelming movement forced the czar to abdicate, and pushed the provisional government to grant women the right to vote. The strike began on Feb. 24, according to the Julian calendar, which Russia used at the time. But according to the Gregorian calendar, which most of the world relies on today, those historic events kicked off on March 8.

Fast-forward several decades, and IWD hit another major milestone. In 1975, the event was celebrated for the first time by the United Nations, and two years later, the General Assembly adopted a resolution "proclaiming a United Nations Day for Women's Rights and International Peace to be observed on any day of the year by Member States, in accordance with their historical and national traditions." In 1996, the U.N. began assigning an annual theme to each IWD, starting off with "Celebrating the past, Planning for the Future." As the world moved into a new millenium, IWD went digital in 2001 with the launch of internationalwomensday.com, which continues to partner with corporations and organizations to promote and offer education around gender equality. To mark IWD's 100th birthday in 2011, President Barack Obama proclaimed March 2011 to be "Women's History Month," and called on Americans to reflect on "the extraordinary accomplishments of women" who helped shape the country's history.

So where does that leave us today? Sure, many are still misinformed about the origins of IWD and the massive impact it's had on social justice, politics, labor, wages and more, but many more recognize its unparalleled importance. According to internationalwomensday.com, IWD is considered an official holiday in numerous countries, including Afghanistan, Armenia, Azerbaijan, Belarus, Burkina Faso, Cambodia, China (for women only), Cuba, Georgia, Guinea-Bissau, Eritrea, Kazakhstan, Kyrgyzstan, Laos, Madagascar (for women only), Moldova, Mongolia, Montenegro, Nepal (for women only), Russia, Tajikistan, Turkmenistan, Uganda, Ukraine, Uzbekistan, Vietnam and Zambia. In some countries, it's considered the equivalent of Mother's Day, and in others, women and men are still silently and secretly honoring its significance. Wherever you are, consider dedicating the day to the powerful lineage of women who made modern life possible and those who continue to push for change.