The Incas were no slouches: During the Bronze Age, they built the largest pre-Columbian empire in the Americas, extending along the west coast of South America from Bolivia to Chile. They not only thrived in the harsh climate and dry, steep slopes of the high Andes, they also served up a master class in technical road building that would have made the Romans quake in their sandals (they created a 25,000-mile (40,000-kilometer) highway system, complete with rope bridges across treacherous mountain chasms), engineered millions of acres of high-altitude, terraced farmland and constructed an earthquake-proof citadel on top of a craggy mountain peak, 1.5 miles (2.4 kilometers) above sea level. They even figured out how to freeze-dry potatoes.

But, unlike the neighboring Maya and Aztecs, and the ancient Mesopotamians, Chinese and Egyptians, the Inca never developed a system of writing. What they did have were khipu, or knotted lengths of cord made from cotton, llama or alpaca wool. They hung in rows like a curtain from a thicker central rope, which was sometimes coiled up to resemble a string mop. These bundles were often color-coded (although most surviving khipu are now a uniform camel color) and could contain just a few strings or hundreds. When the Spanish conquistadors arrived and wiped out the entire Inca civilization, they found khipu everywhere, but destroyed many of them.

In the 1920s, a science historian named Leland Locke studying the khipu at the American Museum of Natural History in New York City discovered the knots in the khipu represented numbers, and the bundles of textiles were most likely record-keeping devices similar to abacuses, probably used to hold census data or keep track of the contents of storehouses or how many llamas were paid as tribute. He realized the height of a knot and its position on its cord symbolized units — tens, hundreds, thousands and so on — and the position of a string off the main rope could denote things like specific people or villages. But even after Locke cracked the code, he noticed that some of the khipu he studied seemed to be anomalies — he figured these were used for ceremonial purposes.

There are, however, anecdotal clues that entire narratives could be passed along through khipu — one 17th-century Spanish conquistador reported meeting an Inca man on the road who carried khipu he insisted told of all the deeds of the Spanish in Peru, good and bad. But finding living people who can help researchers unravel the secret of the knots has proved very difficult, if not impossible.

So, khipu research has made slow progress in the past century. Since the early 1990s, a Harvard anthropologist named Gary Urton has been working to decipher what, if anything, the khipus that don't fit the normal mold of accounting devices might mean, collecting a database of over 900 khipu in the process. Urton has discovered that, beyond the position and height of the knots, there are other factors to take into consideration when reading a khipu: the color of the string, the direction the knots are twisted, the type of knots used. Through cross-referencing khipu in the Harvard collection with Spanish documents from the exact time and location in Peru where they originated, he has recently been able to prove that the direction the knots are tied in could denote which clans individuals belonged to.

Another researcher named Sabine Hyland at St. Andrews University in Scotland has recently found that some khipu still exist within villages in the Andes. The locals have shared some new information about them — for instance, that the different materials used in the strings is significant, and their understanding is that the devices were used to tell stories of warfare, for instance. She has even found evidence of phonetic symbols in the strings.

It could be, for all their ingenuity, the Incas never learned to use symbolic language. But it looks like they may have been just a little more creative with their storytelling than any other major civilization to date.

Now That's Interesting
Khipu couriers reportedly ran all over the Incan empire, the cords looped over their shoulders.

Will an EpiPen Still Work if It Freezes? 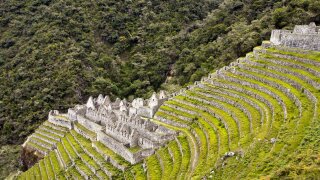 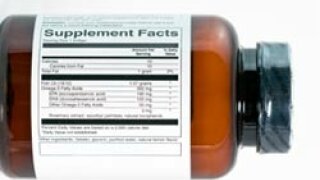 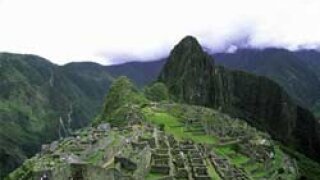