by Michelle Konstantinovsky Apr 12, 2019
The building that originally housed the Bauhaus art school from 1925 to 1932 is now a museum in Dessau, Germany. Wikimedia Commons/CC BY-SA 3.0

When significant cultural movements reach a major milestone, it's tempting to try to condense their meaning into neat, condensed tributes. But the Bauhaus transcended all expectations and standards, and the school of art, architecture and design still leaves its mark on the world today, a century after its inception in Weimar, Germany.

Founded by Walter Gropius and named after the Bauhütten, or masons' lodges, the Bauhaus is considered one of the most influential art movements of the 20th century. One major unique feature of the school is that it can't really be categorized as a single school at all. The Bauhaus melded and brought to life conversations around art, society and technology through elements of traditional fine art and more modern design education.

In his 1919 "Proclamation of the Bauhaus," Gropius described a sort of guild uniting architecture, sculpture and painting into one overarching creative expression. From there, he developed a craft-based curriculum, which informed the creation of objects combining form and function. Students from diverse educational and social backgrounds came to study the curriculum, which started with an immersive course on materials, color theory and more.

Some major names in the era's visual arts scene who are now regarded as Bauhaus legends typically taught that preliminary course: Paul Klee, Wassily Kandinsky and Josef Albers. Once the immersive course was completed, students then specialized in crafts like metalworking, weaving, typography and more. The slogan for the school at the time was definitely appropriate: "Art Into Industry."

The development of the Bauhaus wasn't accidental or random; as the 19th century came to a close, people felt uncertain about the unprecedented rise of modern manufacturing. What impact would it have on art? Would the efficiency of factory work make artistic expression obsolete? Through the Bauhaus, Gropius and his colleagues hoped to create practical objects with a soul, elevating the credibility of artforms like interior design and architecture while continuing to revere the traditional fine arts like painting and sculpture.

The school itself moved throughout Germany over the course of its 14 years, traveling from its base in Weimar between 1919 and 1925 to Dessau until 1932, and then eventually Berlin, where it was permanently shut down by the Nazis. While the formal structure of the school itself was disbanded, some of the biggest leaders in the Bauhaus went on to spread the tenets of the movement throughout the world. Albers is credited with shaping the graphic design program at Yale, and Laszlo-Moholy Nagy, who co-taught the school's foundational course with Albers, went on to launch the Institute of Design at IIT in Chicago.

For a more comprehensive deep dive on all things Bauhaus, check out these notable creations of the era: Red Balloon by Paul Klee (1922), Yellow-Red-Blue by Wassily Kandinsky (1925), lub Chair (Model B3) (The Wassily Chair) (1925) by Marcel Breuer, Universal Bayer by Herbert Bayer (1925), Photogram by László Moholy-Nagy Photogram (1926) and the Bauhaus building in Dessau, Germany (1919-1925) by Walter Gropius.

Learn more about the Bauhaus movement in "Bauhaus" by Magdalena Droste. HowStuffWorks picks related titles based on books we think you'll like. Should you choose to buy one, we'll receive a portion of the sale.

Now That's Cool
The students and teachers of the Bauhaus were apparently excellent at costume parties. In his 1925 essay, "Life at the Bauhaus," architect Farkas Molnar wrote, "The essential difference between the fancy-dress balls organized by the artists of Paris, Berlin, Moscow and the ones here at the Bauhaus is that our costumes are truly original. Everyone prepares his or her own. Never a one that has been seen before. Inhuman, or humanoid, but always new. You may see monstrously tall shapes stumbling about, colorful mechanical figures that yield not the slightest clue as to where the head is. Sweet girls inside a red cube. Here comes a winch and they are hoisted high up into the air; lights flash and scents are sprayed."

Results of Landmark NASA DNA Twin Study Are In 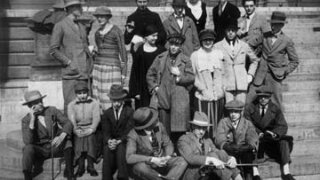 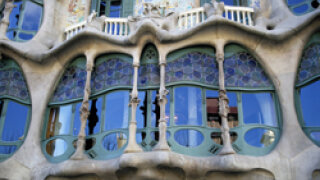