How Conspiracy Theories Get Started 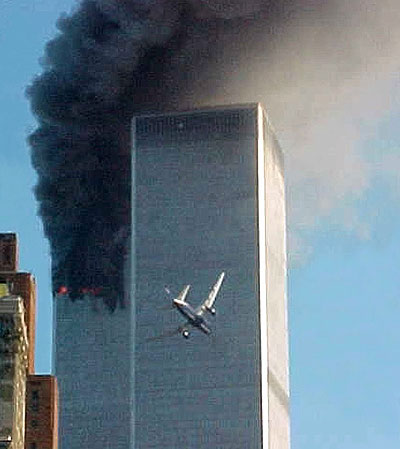 AP Photo/Carmen Taylor
A jet airliner lined up on one of the World Trade Center Towers on Tuesday, Sept. 11, 2001.

The events of 9/11/2001 are five years in the past, yet they are still a part of everyday life. Zacarias Moussaoui just began serving a life sentence after being convicted of taking part in the planning of the attack. At his trial, a large number of people recounted the horror of 9/11. The government also publicly played the tape from the cockpit voice recorder of Flight 93 for the first time. In addition, the movie "Flight 93" opened recently, with a huge amount of surrounding publicity. All of these events support the "official story" -- that terrorists hijacked four airplanes and crashed three of them into different targets, with passengers on the fourth flight forcing the jet down before it could do any damage.

Given the strength of the official story, the amount of evidence to support it and the fact that it has survived for five years without any significant public challenge, how can a conspiracy theory around 9/11 get started?

To understand how a conspiracy theory begins, let's look at the major events of 9/11. Most of us are familiar with this story because it has been repeated in the major media literally thousands of times and many of us lived through it as it happened. Here's a timeline of the events:

Everything in this timeline is publicly visible. There is no conjecture -- everything on this list happened, and much of it was broadcast live.

The "official story" offers one explanation for these events, and it all makes sense to some degree. For example, by 9:30 a.m. on 9/11, video of the second jet flying into the South Tower had already been widely circulated. On that day, every major news outlet already had their cameras trained on the North Tower and were covering the problem there, so the crash at the South Tower was filmed from many different angles and broadcast immediately. So when the President called it an apparent terrorist attack at 9:30 a.m., that made sense -- terrorists are people who hijack airplanes. By 8:30 p.m., lots of apparent evidence had been released to bolster the terrorist story. Flight attendants and passengers had used air phones and cell phones to call from several of the planes. Pilots on the planes had also triggered alarms and keyed cockpit microphones so people on the ground could hear what was happening.

As more and more evidence was released over the next several days, it became clear what happened: 19 terrorists hijacked four airplanes and caused massive destruction.

This is a pretty straightforward story. Hundreds of planes have been hijacked by terrorists in the past, so it is easy to imagine a coordinated attack on four airplanes at once. The idea of using planes as giant flying bombs was new and ingenious, but within the realm of possibility. It is very easy to believe the official story. 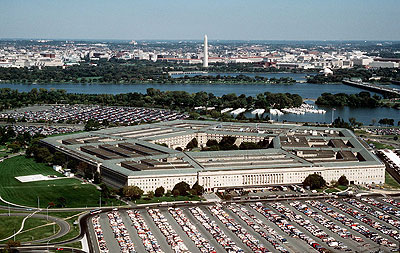 These are not subtle -- these are big things that anyone can see. A conspiracy theorist (especially one with an axe to grind) might notice dozens of other anomalies. So the conspiracy theorist notices one or more things that do not "make sense" in the official story. Any one of these discrepancies might be enough to get a person's attention.

Next we'll look at how conspiracy theorists gather evidence and build a case for another explanation.