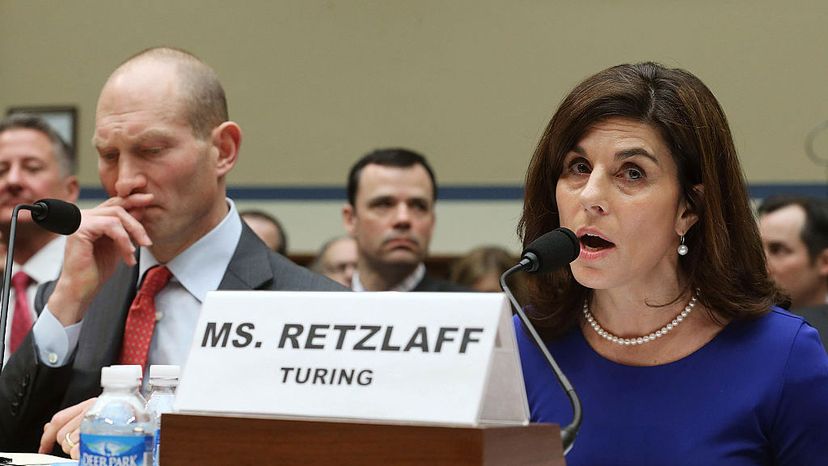 It was April 2016, and in a hearing room in Washington, D.C., an assortment of Valeant Pharmaceuticals officials each took their turn sitting in the hot seat, enduring a barrage of questions from U.S. senators about the company's practice of buying existing drugs and dramatically raising their prices. One executive admitted that Valeant had made "mistakes." But the senators weren't much moved by the witness's contrition. Sen. Claire McCaskill, D-Mo., angrily denounced the company and its practices. "It's immoral," she proclaimed. "It hurts real people, and it makes Americans very, very angry" [sources: Thomas, Koons and Edney].

The Senate probe of pharmaceuticals pricing was just one of many such dramas that have played out on Capitol Hill. Since 1792, when the U.S. House passed a resolution calling for a probe into a disastrous military expedition against the Indians in the Northwest Territory, members of Congress have conducted scores of investigations on alleged wrongdoing and/or mistakes of various sorts.

Many of the probes — including some of the famous ones, such as the Watergate hearings of the mid-1970s — involve actions of the executive branch, in keeping with Congress's role as a check-and-balance against presidential power. But legislators have investigated plenty of problems and controversies in the private sector as well, ranging from the sinking of the Titanic in 1912 and rigged television quiz shows in the 1950s to the use of steroids and other performance-enhancing substances in Major League Baseball in the mid-2000s.

How does Congress decide what to investigate, and how does it go about doing it? What tangible impacts do all these probes have? How much of it is about solving problems, and how much is just grandstanding for political purposes? In this article, we'll try to answer all those questions, and more.

How Do Congressional Investigations Get Started? 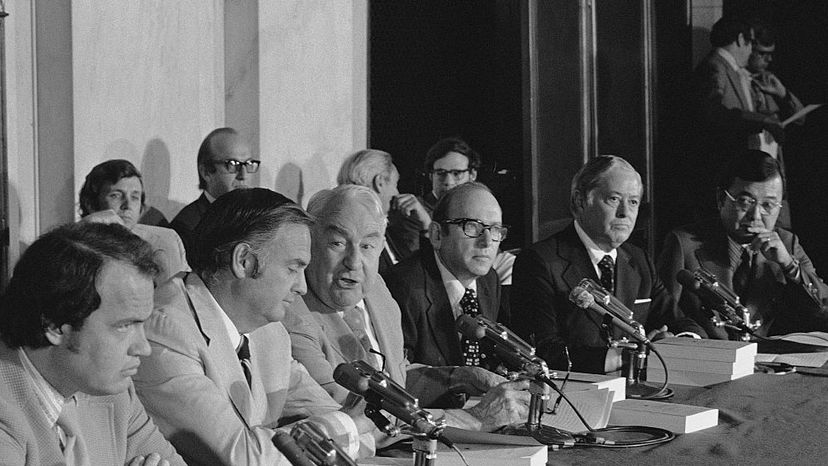 Members and staff of the Senate Watergate Committee gather in the caucus room to deliver their final report on their hearings, July 1974. © Wally McNamee/CORBIS/Corbis via Getty Images

Even before Congress existed, one of the founding fathers, James Madison, saw that it would be important for legislators to double as investigators, in part to keep the president and the executive branch honest. To balance the government's control over the citizens it governed, Madison wrote, Americans had to "in the next place oblige it to control itself" [source: U.S. Senate]. The U.S. Constitution, though, doesn't explicitly spell out Congress's investigative authority. Instead, as court decisions have found, the authority is inferred as part of the "all legislative powers" granted by Article 1, Section 1 of the Constitution [source: U.S. House].

U.S. Supreme Court rulings in 1881 and 1927 give Congress fairly broad powers to investigate just about anything, as long as it's a matter that Congress is entitled to pass legislation or take other action about [source: Curry, et al.]. That makes a Congressional probe different from, say, an FBI investigation, where the object is to determine whether a crime has been committed. But if Congress does find evidence of criminal acts, it can pass that information along to the Justice Department, which has the authority to file charges [source: Hennessey and Murillo].

Most of the investigations that Congress conducts are carried out by standing committees and subcommittees, which typically have responsibility over certain areas, such as banking or intelligence matters, and conduct investigations as part of their regular duties. But both houses also can create special or select committees, temporary investigative bodies that are put together just to dig into a particular burning issue. Select committees require a majority vote in the chamber, which isn't subject to a presidential veto [sources: Senate, Hennessey and Murillo].

A lot of different things can trigger an investigation. Many of them are reactions to big events, such as the 2008 Wall Street meltdown. In other instances, investigative reporting by the news media may lead members of Congress to conduct a probe. In 2015, for example, stories about the death of a Marine Corps veteran who'd been prescribed multiple drugs while under Veterans Administration care, led to a Senate investigation, which the following year concluded that the VA didn't have adequate internal safeguards to protect patients [source: Slack].

Gathering Information for a Congressional Investigation 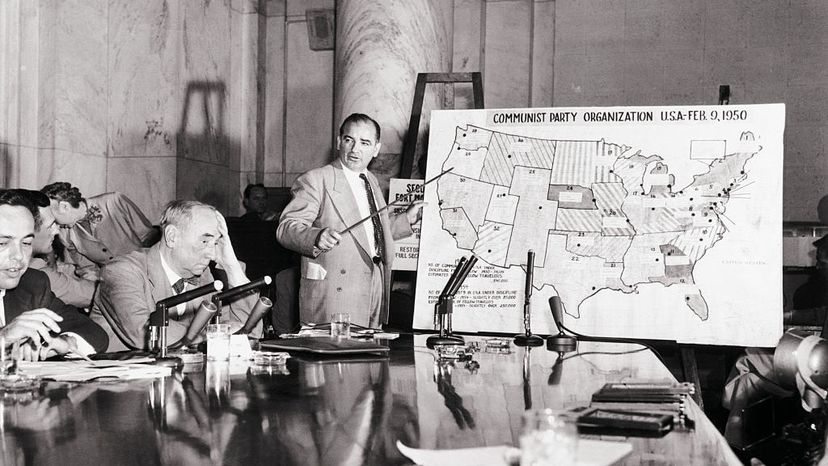 During the Army-McCarthy hearings in 1954, Sen. Joe McCarthy testified on the Communist Party organization with the aid of a huge map of the U.S. Army counsel Joseph N. Welch (L) denounced McCarthy as a 'cruelly reckless character assassin.' Bettmann/Getty Images

Once a Congressional committee begins to investigate something, it has a lot of power. Ever since an 1827 probe in which the House empowered a committee "to send for persons and papers" related to tariff legislation, both the House and Senate have claimed the right to summon anyone inside or outside the U.S. government to testify. Some witnesses may testify voluntarily, but those who are issued subpoenas don't have any choice. Congress passed an 1857 law allowing them to be prosecuted for contempt of Congress if they don't comply. And they have to tell the truth, or face perjury charges [source: U.S. Senate].

But witness testimony in hearings is just the most visible part of the investigation process. Congressional probes can issue subpoenas for documents. Committee staff members — who do much of the digging that Congress members get to take credit for — conduct depositions, in which they take sworn testimony from witnesses in private settings. That arrangement allows them to preview what people might say in an open hearing, and to verify any bombshell assertions before they become public.

It's not hard to figure out that the power to compel people to testify to Congress easily could be misused. To guard against such abuses, the Supreme Court in 1957 ruled that witnesses have to be informed of the precise subject of the investigation, and can't be forced to talk about anything else [source: Curry, et al.] Witnesses also can claim a Fifth Amendment privilege against self-incrimination, and show up for the hearing but refuse to testify, as Col. Oliver North did special House Select Committee to investigate the Iran-Contra Affair [source: Hennessey and Murillo].

In that case, Congressional committees have another tool of last resort. They can decide by a two-thirds vote to grant immunity from prosecution, and then get a federal court to issue an order compelling the witness to testify. But granting immunity can be a risky proposition from a political standpoint. If a witness admits to really heinous crimes and can't be prosecuted for them, the public may unleash some of its outrage on politicians who made that possible [source: Hennessey and Murillo].

Are Investigations Really in the Public Interest? 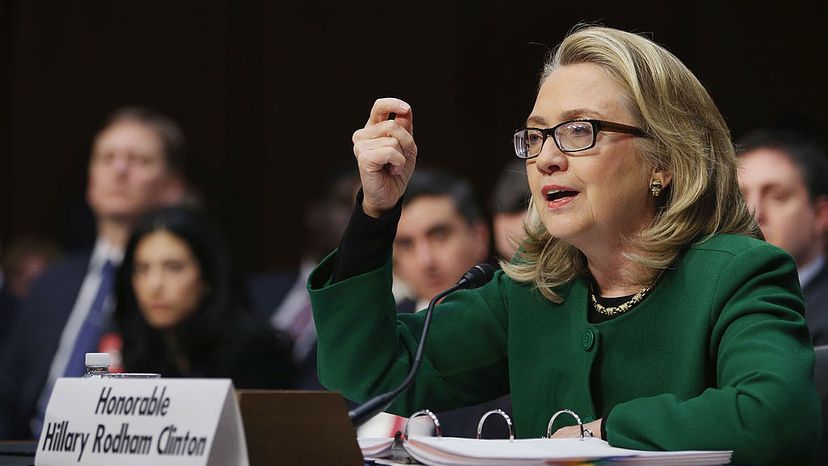 Congressional probers seldom admit to having anything but the noblest motives, but it's hard to deny that investigations have political value — either for raising the profile of the legislators, or for undermining the other party when it controls the White House. As political scientists Douglas Kriner and Liam Schwartz found in a 2008 study, investigations increase by 12 percent in years when there's a divided government, and the days devoted to hearings increase from 12.28 to 19.92, a 62 percent difference.

After the Democrats seized control of Congress in the 2006 midterm elections, for example, they launched an onslaught of investigations against GOP President George W. Bush's administration, holding 81 hearings in the first two months of the session on subjects related to the Iraq war, including substandard conditions at Walter Reed Army Medical Center. That's not to say that those investigations were unjustified. But they also had strategic political value. The multiple probes caused a lot of difficulties for an administration that had used "support the troops" as its political mantra, Kriner and Schwartz wrote.

Not surprisingly, after Republicans regained control of the House in 2010 and the Senate in 2014, there was a similar uptick in investigations of the administration of Democratic President Barack Obama. After the 2012 terror attack on the U.S. consulate in Benghazi, Libya, in which four Americans died, Congress conducted more than 30 hearings on the attack, involving 10 different committees and 250-plus witnesses [source: Cottle].

That included a two-year-long House probe which didn't report its findings until July 2016, in the midst of the presidential election race in which one subject of the probe, former Secretary of State Hillary Clinton, happened to be the Democratic candidate. While the final report didn't contain any proof of wrongdoing by Clinton, it certainly didn't help her with voters to bring up the subject [source: Collison].

Sen. Sam Ervin, D-N.C., chairman of the committee that investigated Watergate, once observed that investigations sometimes serve as the "catalyst" to get Congress and the public to support vital reforms. But in other instances, he warned, probes also provided "a platform for demagogues and the rankest partisans" [source: U.S. Senate].

The Limited Impact of a Congressional Investigation

A 2016 study by Brookings Institution senior fellow Paul C. Light found that of 100 investigations undertaken between 1945 and 2012, only 16 produced a great deal of impact on a problem, while 24 produced a fair amount, 31 had some impact and 29 had little or no effect. 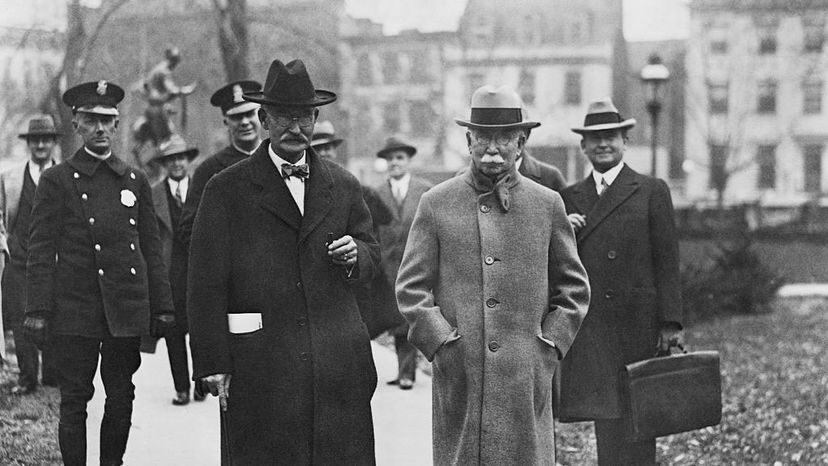 Here's a list of some of the most noteworthy Congressional investigations:

Robert Morris investigation: In 1790, financier Robert Morris asked Congress to investigate his own handling of the country's money during the Revolutionary War in order to clear his name of alleged impropriety. It was the first-ever Congressional probe [source: U.S. House].

John Brown raid: During 1859-60, a Senate select committee investigated the abolitionist firebrand's raid on the arsenal at Harper's Ferry, Va. It was the first-ever Senate investigation [source: U.S. Senate].

Army-McCarthy hearings: In 1954, Sen. Joseph McCarthy, a Republican, investigated alleged Communist influences in the media, the government and the U.S. Army. McCarthy got his comeuppance from Army chief counsel Joseph Welch, who famously asked him: "Have you no sense of decency, sir, at long last?" [source: Politico].

Watergate: A 1973-74 select committee headed by Sen. Sam Ervin probed the burglary at the Democratic National Committee headquarters and other illegal activities carried out by President Richard Nixon's reelection campaign. The probe was one of the forces that eventually drove Nixon to resign from office [source: U.S. Senate].

Intelligence abuses: In 1975-76, a Senate select committee probed abuses of power by U.S. intelligence and law enforcement agencies, including the FBI's COINTELPRO program that tried to disrupt and discredit civil rights figures such as Martin Luther King, Jr. [source: Senate].

Iran-Contra affair: In 1987, a joint Congressional committee put the spotlight on the Reagan Administration's covert sales of missiles to Iran and diversion of the proceeds to aid the Nicaraguan Contra rebels [sources: Senate, Politico].

Benghazi: Congress held multiple hearings on the cause of the 2012 attack on the Libyan mission and whether the State Department could have prevented it. When former Secretary of State Hillary Clinton first testified, she memorably said, "[T]he fact is we had four dead Americans. Was it because of a protest or was it because of guys out for a walk one night who decided that they'd they go kill some Americans? What difference at this point does it make? It is our job to figure out what happened and do everything we can to prevent it from ever happening again" [source: Politico].

I've been interested in Congressional investigations ever since I watched the Watergate hearings on TV as a teenager. As a journalist, I've often utilized hearing testimony as a source of information.