by Laurie L. Dove Nov 27, 2019
The difference between a college and a university lies mainly in what you are looking for out of a post-secondary education experience. Paul Bradbury/Getty Images

Nearly 20 million people in the U.S. enroll at post-secondary educational institutions each year, but do most people really know the difference between a college and a university? Some people use the terms almost interchangeably, but not fully understanding the differences could potentially steer you wrong when it comes to making decisions about your, or your children's, education. So maybe it's time to boost your college versus university knowledge — and, hey, this information could come in handy during a rousing game of trivia, too.

Universities are typically larger than colleges because they are usually comprised of several colleges, ranging from single-digit conglomerations to those made up of more than a dozen different colleges. Harvard University, for example, has 12 degree-granting schools within the university, while Texas A&M University has 17 degree-granting colleges. Collectively, these colleges make up their respective universities.

But the differences don't end there. Some colleges grant only one type of degree, such as a two-year associate degree or a four-year bachelor's degree. Most colleges don't offer graduate degrees at all, though there are some that do. Universities, on the other hand, offer four-year bachelor's degrees at their various colleges, and have the distinction of also offering advanced degrees in their post-college graduate degree programs. In addition, both colleges and universities can offer professional programs that culminate with certificates. These programs are short-term and certify that students who complete them are fluent in a specialized skill, such as web development or business administration.

Often, selecting the right college versus selecting the right university means striking a balance between receiving personalized attention as a student and attending an institution that offers the desired major. "The biggest advantage of attending a college as an undergraduate is that professors are more focused on teaching you, rather than focusing on their graduate students and their research. The disadvantage is that a college may have fewer majors to choose from than a university," says Benjamin Caldarella, co-founder of Princeton College Consulting in an email interview. "If you want more majors, that is the biggest advantage to most universities."

Another big difference between colleges and universities is size. Private colleges tend to have a smaller number of students than public universities. While a private college may top out at 2,000 students, a university may have a student body that is 15,000 or 20,000 strong.

The college versus university question also involves the number of students that comprise a typical class size. "Universities often have massive freshman and sophomore classes, with 75 to 200 students in a class, and these classes are often led by graduate students. The classes at a college will usually have 35 students in a class, and have direct teaching and interaction with senior professors," says Christie Barnes, author of "The Paranoid Parents Guide: College Edition" in an email interview. "But remember, Biology 101 is pretty much the same whether or not the college is a flagship university or a community college."

The idea that it's more difficult to earn a degree at a large university is largely a myth. "[Is a university] better or harder? Not necessarily. Some of the best and most rigorous institutions of higher education are colleges," says Caldarella.

A full 20 percent of college freshmen drop out after their first year, whether that first year happens at a college or a university.

What's the Difference Between a Pressure Cooker and an Instant Pot? 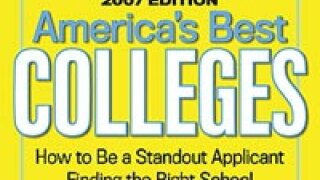 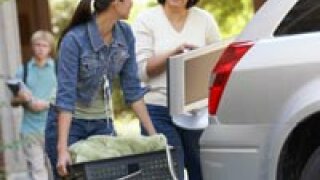 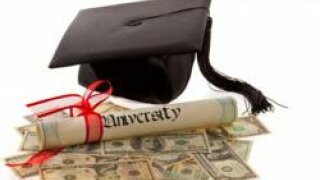