What happens to coins people throw into fountains to wish? 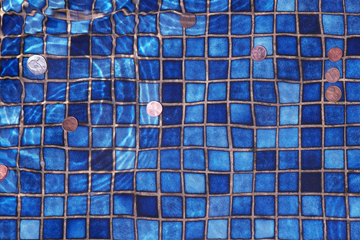 You know it's silly, and yet you throw coins in anyway. What happens to all that wished-upon pocket change?
© Robert Marien/Corbis

It's a balmy afternoon and you've decided to take a leisurely stroll in the park. You soon come across a favorite feature: a large fountain with a statue at its center, gracefully spouting water in all directions to the shallow pool underneath. Feeling lucky, and perhaps a bit wistful, you fish a coin from your pocket, make a wish and toss it into the fountain. Then you notice all the other coins littering the bottom of the fountain. What happens, you wonder, to all that money?

Let's head to Las Vegas, a city that operates on a palpable current of luck. Pair this with a high per-capita rate of fountains, and coin-filled pools are inevitable. Some of the coins in Vegas are grabbed by people willing to wade into the water. Others are sucked into filtration systems and end up in the trash. Most, however, are collected and donated to charities. The Bellagio, for instance, donates about $12,000 a year in fountain coins to charity. And that's just one hotel along the Vegas strip -- add all the other hotels, and the haul from fountain coins is likely to reach six digits a year [source: Padgett].

But not all fountain owners donate their coins -- some use the money to defray the expense of maintenance. Take the Park Fountain in New York City's Bryant Park: Every three months, park workers gather the fountain's coins and turn the findings over to the Bryant Park Corp., a nonprofit that runs the green space. Although the tally is sometimes more than $3,000, it barely covers the cost of cleaning the fountain [source: Runyeon].

The practice of tossing coins into fountains likely began in ancient times, when people thought spirits lived inside them. If a person passed by a fountain, well or other water source without tossing in a coin, he or she would surely be followed by a bad luck. The tradition evolved into a more personalized act, and people began making wishes as they tossed coins into fountains and wells. Some coins are thrown into fountains in the hope the coin-bearer will be able to return to the fountain in the future. Whatever the reason, throwing a coin into a fountain is a practice seen all over the world.