The Case for Kids Walking to School by Themselves

Back in 1969, 48 percent of kids in America walked or biked to school, compared with a paltry 13 percent in 2009. But they're losing a lot by not doing this. Research out of the University of Granada in Spain indicates that kids should commute independently, when possible, to reap some pretty significant benefits.

The researchers surveyed 745 children ages 6 to 12 years in Granada public schools to find out how they get to school every day and how safe they felt in their specific transportation option. The survey didn't assess distance traveled, but previous research by the same team among a similar population of kids found that standard distance was 874 meters (about a half-mile). Just 3 percent of the children in the survey aged 6 to 7 years old walked to school by themselves, compared with 9 percent of 8- to 9-year-olds and 24 percent of 10- to 12-year-olds.

For the older children, walking to school unaccompanied provided a lot of benefits. "We found that children who walked without adult supervision reported higher safety perception," explains lead researcher Manuel Herrador-Colmenero in an email interview. By safety perception, he means that the children who walk without adult supervision actually feel safer in their journeys than those who walked with one. "This might be produced because when they walk without adults they are responsible for the route decided," he says, adding that the kids also gain a better understanding of the possible risks (as opposed to relying on an adult to handle everything), which in turn makes them feel more comfortable and responsible. "When children travel independently [they] have to learn social skills and they are responsible of their decisions," he explains.

Many Americans bemoan the fact that children nowadays seldom walk to school. But the decline is more a function of school location than of lazy, entitled kids. Starting in the 1970s, American schools became larger and consequently had to be built further from communities where more land was available. In 2009, 31 percent of kids between kindergarten and 8th grade lived within a mile (1.6 kilometers) of school, down from 41 percent in 1969. (Nevertheless, only 35 percent of kids who lived within a mile in 2009 walked or cycled to school.)

Sarah Nicholls, a nurse practitioner from Decatur, Georgia actively encourages her sons to choose the transportation method that works best for their individual personalities and maturity levels. Her youngest, at age 8, is too young to commute without adult supervision in her opinion, and her 12-year-old typically opts to take the school bus. However, her middle child, age 10, prefers to walk whenever possible, although not without some safety parameters.

"His school is 1.3 miles [2 kilometers] from our house and he has to cross two busy roads and railroad tracks, so I had to make sure of the exact hours for the crossing guards before I'd let him walk," she says. "I don't let him walk alone [some of the year] in the morning because it's still dark."

The benefits have been significant so far. "He likes it because he feels independent and has the freedom to hang out in town with his friends after school," she says. He also reports that he can focus better in class on the morning when he is able to walk to school. "He gets nearly 3 miles of walking in a day [when he walks both ways]."

So, what is an appropriate age for children to walk to school by themselves? Nicholls' assessments based on both the age and maturity of her children are in line with what New York child psychologist Dr. Angela Reiter suggests. "A parent should assess a child's ability to follow directions as well as their general cognitive skills. Does your child know left from right? Do they understand multi-step directions?" she says via email.

Reiter believes 5-year-olds are too young to walk by themselves. "Children age 6 to 9 would be safest traveling in a small group together. Usually by age 10, a child is cognitively and emotionally ready to walk alone," she says.

In addition to the precautions Nicholls took before allowing her son to walk, like determining the distance and confirming crossing guard presence, Reiter also says to consider if there are abandoned buildings along the route and "personal safety, such as does your child understand the difference between a good stranger and a bad stranger? If they need help, do they know how to find it (e.g. a store clerk or police officer or neighbor they know)?"

And who shouldn't walk to school by themselves? "A child should not commute independently if they have a developmental delay or intellectual disability that would impact their ability to understand directions and safety rules," Reiter says. "Also, if your child's route is more than a mile, there are no sidewalks or numerous street crossings, walking to school may not be the best option."

Now That's Interesting
The top reason parents cited in a 2005 survey for not allowing their kids to walk or cycle to school by themselves was distance (61.5 percent), followed by traffic-related danger, weather and crime danger (fairly low on the list at 11.5 percent).

Did Religions Arise From Our Misunderstanding of Human Consciousness? 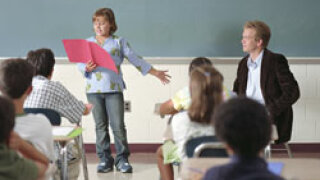 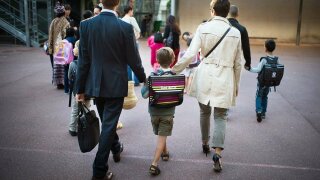 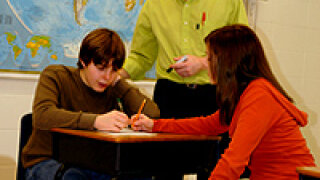