by Carrie Whitney, Ph.D. Jul 9, 2020
Coronavirus cases are spiking again in the U.S., and school is on the horizon. Can they reopen safely? fstop123/Getty Images

With COVID-19 cases spiking again in the United States, and many schools from pre-K through 12 to colleges and universities still unclear about whether or how to open in the fall, President Donald Trump is threatening to cut federal funding to districts that don't.

In a tweet, he wrote, "May cut off funding if not open!" In the same tweet, he cited the fact that schools reopened in several European countries without a problem and asserted concerns over doing the same in the U.S. were based on political goals.

"The schools will be open in the fall, and we hope that most schools are going to be open," Trump said during a White House education briefing Tuesday, July 7, 2020. "We don't want people to make political statements or do it for political reasons. They think it's going to be good for them politically, so they keep the schools closed. No way. So, we're very much going to put pressure on governors and everybody else to open the schools." Trump did not, however, explicitly say who would actually cut the funding.

Most public schools receive the majority of — about 90 percent — of their funding from state and local property and sales taxes; that's money the federal government has no access to. The federal government does, however, finance about 8.5 percent of K-12 funding, according to the Congressional Budget Office, a nonpartisan leg of Congress. But the president would have little to no control over any money already earmarked by Congress.

Not even Education Secretary Betsy DeVos has the authority to withhold the money. Sasha Pudelski, advocacy director, AASA, the School Superintendents Association, noted in a tweet that DeVos and the Department of Education would need congressional authority to withhold funding from schools for not reopening. However, Rep. Jim Banks (R-Ind.) did introduce legislation June 11, 2020, that would give her that authority, though the bill has gone nowhere.

So the million-dollar question here is can the president of the United States deny funds to schools that do not reopen?

"Once again, Trump has acted without regard to basic limits on presidential power," explains Caroline Mala Corbin, professor of law at University of Miami School of Law, in an email. "The power of the purse lies with Congress, not with the president. If Congress has already appropriated money to public schools, then the president cannot withhold those funds."

Students aren't the only concern if schools reopen. Teachers and faculty also need to be protected.
izusek/Getty Images

However, there is additional money allocated for education right now because of coronavirus. The $2 trillion stimulus package passed by Congress March 22, 2020, included $13.5 billion in dedicated funding for K-12 education. Trump could try to interfere with some of the emergency pandemic funding, Corbin explains. Or he could veto future funding if Congress passes additional stimulus bills.

The $13.5 billion allocated for education in the current stimulus package isn't enough to reopen schools anyway, according to the American Federation of Teachers (AFT) union. In a letter to Congress, AFT and other organizations including AASA estimated that schools will need at least an extra $200 billion to reopen safely.

"The Senate has failed to move forward with the $3 trillion stimulus package — the HEROES Act — that passed in the House six weeks ago and could give our communities the funding they need to combat these crises," AFT President Randi Weingarten said in a press statement. "Simply put, we cannot get back to work, back to school and back to some kind of new normal without Senate action and without the federal government making critical investments now so we don't forfeit our future."

The CDC and School Opening Guidelines

Meanwhile, in another tweet July 8, Trump complained that the Centers for Disease Control and Prevention (CDC) guidelines for reopening schools were "very tough & expensive." Schools are being asked to do "very impractical things."

All this news, of course, comes at a time when at least 38 of 50 states is experiencing an increases in new coronavirus cases.

Now That's Fewer Students
Nonimmigrant F-1 and M-1 students (in other words international students) studying in the United States may soon have to leave the U.S. if their schools operate entirely online in the fall. The U.S. Department of State will no longer issue visas to students whose schools and/or programs go fully online for the fall semester. International students who were planning to come to the U.S. in the fall won't be able to enter the U.S. either unless their schools are "operating under normal in-person classes."

The 'Petticoat Rulers' Ran a Wyoming Frontier Town in the 1920s

Would You Undergo Surgery Just to Be Taller? 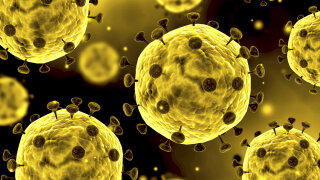 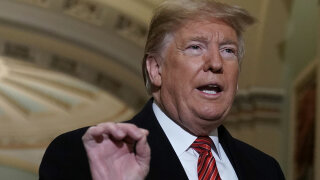 Quiz: Can a U.S. President Do That? 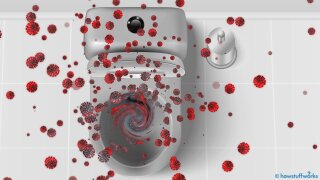 How to Safely Use Public Bathrooms in the Age of Coronavirus