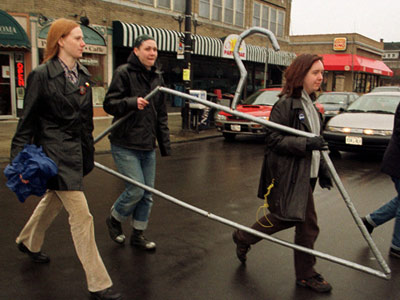 Traditionally, abortifacient herbs and mixtures have been the most common way to procure an abortion, along with brutal injury to the abdominal region. In the United States, some of the first rules that criminalized abortion were meant to protect women who were dying after swallowing poisons to bring on an abortion, rather than to protect the fetus from termination. Even early feminists supported making abortion illegal because of the threat of violence or abandonment to the woman from a man who didn't want the responsibility of parenthood [source: Schroedel].

However, one of the main factors in criminalizing abortion in the U.S. was the newly formed American Medical Association and its member doctors. Doctors had economic motivations for advocating against abortion; they lost a significant amount of income to the midwives and private individuals who performed abortions, and the AMA served as an effective legal lobby to block the procedure [source: Schroedel].

Though abortion was illegal in many states beginning the mid to late 1800s, there were many loopholes in the states' laws, particularly for wealthy women. Poor women were more likely to seek out back-alley abortions performed with knitting needles, coat hangers or lye. In the time in which abortions were illegal in the U.S., as many as 1.2 million abortions were performed each year, seemingly indicating that criminalizing the act may not reduce the number of procedures that take place [source: Gold].

­By the early to mid 1900s, however, Western countries were repealing laws that criminalized abortion, or at least widening the circumstances in which a woman could procure the procedure. In the U.S., individual states were creating laws which relaxed or restricted regulations, but in 1973, abortion became a national matter with the Roe v. Wade ruling. In Roe v. Wade, the U.S. Supreme Court established that any legal restriction to an abortion violated the right to privacy guaranteed by the 14th amendment. Rather, the decision to perform an abortion was up to a woman and her doctor, and not the government, until the point at which the fetus became viable, which was generally agreed to be at the end of the second trimester.

With each presidential election, the possibility of overturning Roe is a major issue for both sides of the abortion debate. Even some of those who support abortion rights worry that Roe is a poorly worded decision, but they continue to fight any legal measure that would restrict abortion or a woman's right to choose it. Anti-abortion groups continue to campaign for measures that would outlaw abortion or make it more difficult for a woman to receive the procedure through measures such as parental or spousal notification laws.

So what's the future of abortion?