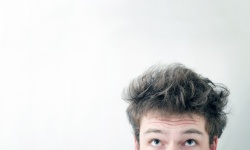 Leave the painful folk remedies in the past where they belong and head to the pharmacy for your lice cure.
aetb/iStock/Thinkstock

For centuries, people supposedly in the know have treated head lice by dousing the head with gasoline, kerosene, turpentine and other noxious, dangerous chemicals. While it's possible that these folk cures work to banish bugs, they also come with a host of dangers, including severe burns, scars and even death.

Remember, it takes only a tiny spark to ignite certain fuels, so covering any part of your body in gasoline is never a good idea. A simple spark from a cigarette or an electrical appliance can leave you engulfed in flames — making head lice seem like less of a problem. Even if the fuel doesn't ignite, it's still much too harsh to apply to the scalp or skin and can cause painful burning and irritation.

Some may argue that this down-home cure was good enough for past generations, so it's good enough for the more recent ones. Keep in mind, however, that affordable, effective lice treatments can be found over the counter at virtually any drugstore, offering a much safer and more effective solution than those available to previous generations [source: Mikkelson].

Colloidal silver is an alternative medicine used to treat an impossibly large range of ailments, from skin rashes to intestinal disorders to HIV. Consisting of silver droplets suspended in some form of liquid, it may be ingested orally as a supplement or applied to the skin. Despite supporters' claims that this product is safe because it's "natural" — so are radon and belladonna — this home remedy is not effective at treating any disease or condition.

In addition to being totally ineffective, colloidal silver comes with some serious side effects because of the way it accumulates in the body — similar to what happens when a person ingests mercury. Eventually, the buildup of silver leads to a condition known as argyria, where the skin turns a nasty shade of blue-gray. Even worse, this blue-gray shade is irreversible, leaving victims with a permanently strange pallor. Just look at Paul Karason, a man the media dubbed "Papa Smurf" thanks to his blue hue, which he developed after drinking 10 ounces (0.3 liters) of colloidal silver a day for several years [source: James].

This discoloration can also spread to the eyes and nails, but worse, too much colloidal silver use can damage major organs like the kidneys and liver [source: NCCIH].

Almost every bit of medical folklore related to poisoning is flat wrong, and many popular home remedies for poisoning are actually more dangerous than the substance originally ingested. For example, forcing someone to vomit after swallowing the wrong thing? Nope, bad plan, as some substances can cause even greater damage on the way back up, especially corrosive substances.

What about swallowing a bit of baking soda to neutralize the toxins? Even worse, as too much baking soda consumed on its own can be fatal. It would take only about 1 tablespoon to seriously alter body chemistry in an infant, and yes, baking powder is equally as ineffective and dangerous in terms of dealing with accidental poisoning.

Other concoctions, including drinking milk, eating butter or slurping raw eggs aren't necessarily harmful, but they do little to help someone with a belly full of poison and are likely to make an unpleasant experience even less enjoyable for the patient. In a case like this, it's time to throw folk remedies to the wind and call the experts at your local poison control center [source: Illinois Poison Center].