Breaking the Law in The Program 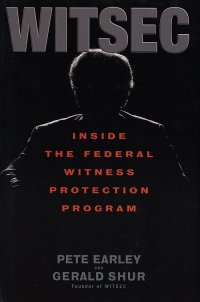 Witnesses in the Witness Security Program sometimes break the law while in protection. In fact, there is a recidivism rate of about 17 percent among witnesses who have been placed in the pr­ogram, according to a recent Department of Justice study. However, that is a low rate compared to criminals paroled from prison: Only 60 percent of ex-convicts stay out of trouble, according to "WITSEC."

If a witness is arrested and convicted while in custody, the sponsoring federal investigative agency is asked to advise state authorities of the witness's cooperation to ensure the witness's security. If state authorities can't protect the witness, they can advise the OEO, which will review the witness's case and consider reinstatement in the Witness Security Program as a prisoner. Once in prison, the Federal Bureau of Prisons takes over custody.

Victims of crimes committed by protected witnesses can be compensated for certain crimes as part of the Victims Compensation Fund, as provided by U.S. Code Title 18, Section 3525. The fund is administered by the OEO and covers expenses for medical and/or funeral costs and lost wages. ­