What Are 'Dibs,' and Why Do We Call Them?

by Tara Yarlagadda Dec 11, 2018
Have you ever called "dibs" and wondered what you were talking about? Jason Koch/HowStuffWorks

If you grew up any time in the last 50 years in the U.S., the phrase "dibs" will be a memory that brings up either pain or pleasure, depending on whether or not you successfully snagged that last slice of pizza at your 8-year-old neighbor's birthday party. Not to be confused with the frozen movie theater snacks of the same name, "dibs" is a popular slang phrase in the U.S. used to refer to a claim over or first right to some object. The only catch: A person has to utter the term or call "dibs" before anyone else in order to defend that claim.

The phrase came into existence in England in the late 1800s, with dictionaries at the time defining a "dib" as the knuckle bone of a sheep. Using those bones, adolescent boys played a game — known as the plural "dibs" — similar to jacks. When bones could not be found, pebbles known as dibstones were substituted. Dibstones were referred to as "dibs" in shorthand. The connection between the game and the modern-day presentation of "dibs" is unclear, though it's speculated that the game may have accorded players certain advantages based on how the dibs fell.

A "dib" can also refer to either a small sum of money or a portion of an item. This latter usage was first noted in the U.K. in the late 19th century. From this definition, the term may have expanded over time to the 20th-century usage of "dibs" as a kind of informal claim. The phrase has fallen out of favor in the U.K., but continues to be used widely in the U.S, especially among children.

Now That's Interesting:
The phrase also appears in an episode of the popular television show "How I Met Your Mother," when character Barney Stinson relates the fictional tale of a Sir Walter Dibs, who coined the term in 1652 while adrift at sea on the SS Dibs.

Lonesome George Lived to Be 100 Years Old. Genome Sequencing Is Figuring Out How 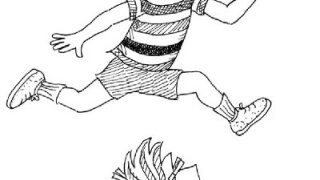 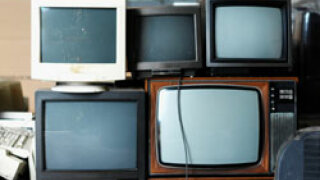 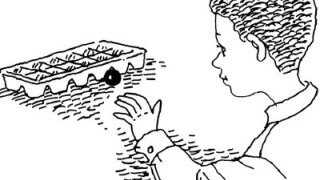