A Shrewdness of Apes? Collective Nouns Are a 500-Year-Old Language Fad

by Jesslyn Shields Nov 30, 2018
Yep — this is definitely a shrewdness of apes. pexels (CCO)

Have you ever heard a group of ferrets called a business? Or a collection of jellyfish referred to as a smack? What about a shrewdness of apes? We use specific collective nouns, also known as nouns of assemblage, to describe all sorts of groups — hosts of angels, bands of men and shocks of corn are commonly heard these days — but the nouns associated with particular groupings of animals can get weird, fast.

Because words and their uses are invented by people, when we see a bunch of a specific construction, you can bet on it being the result of a language fad. And, sure enough, 500 years ago, nouns of assemblage were all the rage. In this case, it started with animals:

"These are generally terms that came about from upper-class hunting culture in the 14th and 15th centuries," Magdalene Jacobs, a Ph.D. candidate in the Vanderbilt University Department of Hearing and Speech Sciences, says in an email. "They're called 'terms of venery,' and they're linked to Norman culture and influence, and to the idea of 'proper' hunting language."

Over 160 terms of venery are listed in the Book of St. Albans, a wildly popular (at the time) how-to book published in 1486, which coached medieval gentlemen through having conversations about hunting, falconry, fishing, sports and heraldry without embarrassing themselves at dinner parties. These collective nouns are found in a chapter entitled "The Compaynys of Beestys and Fowlys" and some of the terms referred to people rather than animals — a hilarious medieval joke.

The Book of St. Albans not only described a collection of bears as a sleuth and a group of foxes as a skulk, but linked women to geese in the collective consciousness by labeling collections of both gaggles. According to Jacobs, there is a direct linguistic link from gaggle to the middle English word for "cackle" — they even look similar these days. Stick a bunch of wives together and you're left with an impatience (or "a Noonpatiens," as the authors wrote it). A group of writers, on the other hand, is a worship. If language tells us how to think about the world, who do you think 15th century European gentlemen (and the creators of the Book of St. Albans) had more respect for, women or writers?

Because you can't keep the kids from making up slang, once the construction was introduced in the Book of St. Albans, people started coining their own nouns of assemblage. Although a lot of these terms slipped into obscurity in the 16th century like most of the lingo we generate on a yearly basis, some of them were adopted into common speech. These days we don't often have occasion to talk about a sneer of butlers or a misbelief of portrait painters, but whoever came up with a staff of employees, a congregation of churchgoers, or a panel of judges should congratulate themselves for a job well done, linguistically speaking.

Much of the time, the "correct" term for a group of anything lets us know our collective views on the disposition of whatever we're naming. Some of the most evocative terms of venery can be found in birds. The Book of St. Albans lists an "unkyndenes of ravenes" and a "murther of crowes." "Unkindnesses" and "murders" are both frowned upon in polite society, as ravens and crows sometimes are, but the term "charm of finches" lets us know people generally find these birds adorable, harmless and even magical-seeming. Whoever first referred to a college of cardinals was probably suggesting they thought the group of little red birds looked like a meeting of academics, but why a group of storks is called a mustering is a little less clear.

C.S. Lewis coined the term parliament of owls in his children's book series "The Chronicles of Narnia," a nod to Chaucer's poem "A Parliament of Fowls." The term is now recognized in dictionaries as being the correct term for a group of owls.

There are curiously few nouns of assemblage for insects mentioned in The Book of St. Albans. We still refer to a swarm of bees, which was recorded in the book, but we don't talk as much about a business of flies or a flock of lice.

We have a special relationship with the animals we live with, and the names we use for groups of our most familiar animals are sometimes strange, but that's because they're old. For instance, a kindle of kittens comes from the Middle English word kindelen, which meant to give birth or produce a litter (which is now more commonly used for all kinds of baby animals, but was originally used for puppies). A group of adult cats might be a clowder (meaning "clotted mass"), a glaring or a pounce, but a crowd of feral cats is a destruction (anyone concerned about the decline of migrating songbirds can understand why this might be.)

Dogs, which were as much a man's best friend in the Middle Ages as today, got a lot of play in The Book of St. Albans. Hunting hounds alone got several group titles: a cry, a mute, a pack, a kennel.

Some of the most inventive terms of venery are applied to wild animals.

"Because they began as hunting terms, the original names from the Book of St. Albans reflected a specific societal disposition towards the animal being hunted — a 'pride of lions' is a good example," says Jacobs. "Others that came later, such as a "wisdom of wombats," may be inaccurate as wombats are rather solitary and don't spend time in groups. Others likely refer to qualities of the animals themselves: a business of ferrets came from 'busyness of ferrets'."

Which makes more sense than business if you've spent any time at all watching ferrets.

These days we can talk about a prickle of hedgehogs, an obstinacy of buffalo, a bloat of hippos and a gam of whales, regardless of whether we're planning on killing them or not. We just may not know who came up with these terms and why.

Now That's Interesting
It's likely the section of The Book of St. Albans regarding fishing was penned by a nun named Juliana Berners, though her authorship began to be questioned about 250 years after its first publication.

Which Jobs Have the Highest Suicide Rates? 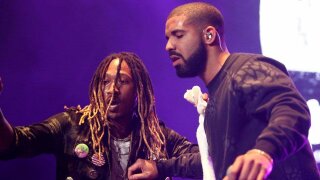 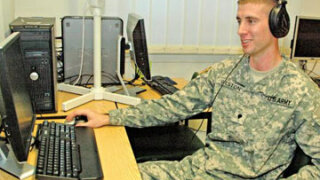 How to Become an Army Linguist 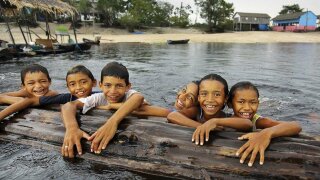