by Melanie Radzicki McManus Aug 23, 2017
Some men are separating themselves from society out of frustration with the poor economy and a strong feminist movement. Jacob Wackerhausen/Getty Images

Some are calling it the sexodus. "It" is the growing trend among young men to opt out of relationships with women and with society. Men who find the philosophy attractive eschew dating, leave the traditional workforce and spend a lot of time alone or online. There's even a group devoted to the practice called Men Going Their Own Way (MGTOW, pronounced "mig-tow").

Unlike traditional men's rights groups, which push back against feminism with activism of their own, the MGTOW movement advocates that males reject long-term relationships, earn only as much money as needed to sustain life and a few simple pleasures, and just disengage from society. Much interaction takes place online in forums like Reddit, with lots of discussion of getting sexual needs met while eschewing long-term relationships with women.

The impetus for the sexodus is feminism, say Emilie Aries and Bridget Todd, co-hosts of the podcast Stuff Mom Never Told You. In a recent episode devoted to the phenomenon, the two note that the economy is one main cause of young males' disaffection with women and society. In the U.S., the economy has transitioned over the past century from one based on manufacturing to one based on service. For guys, that means the loss of strong, burly-man jobs such as trucking and factory work. In its place are service-based jobs that rely predominantly on soft skills such as collaboration, empathy and listening — skills typically associated with females.

With good reason. A four-year study of 55,000 professionals from 90 countries by Korn Ferry's Hay Group, showed that women scored better than men in 11 of 12 emotional intelligence competencies. These included adaptability, coaching and mentoring, conflict management, emotional self-awareness and empathy. (Men and women scored the same in the final competency, emotional self-control.)

Plus since 1982, women in the U.S. have earned 10 million more college degrees than their male counterparts. And as of 2006, women have consistently dominated the world of college degrees, earning the majority of associate's, bachelor's, master's and doctoral degrees awarded across the nation.

Meanwhile, from 2000-2015, the percentage of lower-skilled men aged 21-55 who had a job dropped from 84 percent to 77 percent. "I don't think that we're preparing men to thrive in our society," says Bridget, "and [MGTOW] can be thought of as a reaction to that."

Some alienated men feel society treats men unfairly in areas such as divorce, alimony and child support. So, with women making impressive gains in the job market, as well as in the social and family realms, some males don't see the point in societal participation.

The cohosts point out this coupling of feminism's rise and a men's rights backlash is not new — during the Suffragette movement, there was a rise in men's clubs. The difference this time is in the social isolation and the life online.

Hopefully the sexodus is a temporary phase. Because, as Bridget says, society functions best when both men and women are happy and fulfilled.

To learn about MGTOW, listen to the episode "Men Going Their Own Way."

NOW THAT'S INTERESTING
A recently released working paper by the National Bureau of Economic Research shows younger men aged 21 to 30 sharply increased their use of video games when their work hours decreased. Experts posit the reason may be that today's high-quality video games are complex and can last days, providing players a replacement for the work setting.

Wasted Bread Is Being Brewed Into Craft Beer 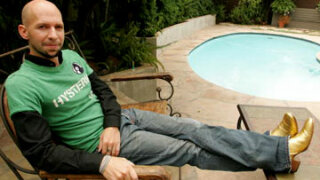 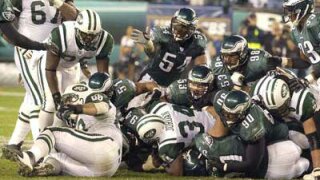 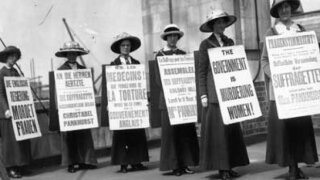