Do Psychics Ever Really Break the Case?

by Diana Brown Aug 15, 2018
Psychics often try to help police solve crimes, but how many times have they been successful? RgStudio

With so many unsolved missing persons cases in the United States, it's hard to imagine that law enforcement officers wouldn't be willing to use any methodology necessary to locate one of them — or to capture a killer. Perhaps even clairvoyance?

While it's a fairly common scenario on television, it's pretty rare to hear about police actually reaching out to psychics to help them solve cases — but it does happen. And that's exactly what Stuff They Don't Want You To Know hosts Ben Bowlin and Matt Fredrickson talk about in this episode of the podcast: Have Psychics Solved Any Actual Crimes?

As we stated earlier, it's not too common for law enforcement to turn to clairvoyants for help on their cases. More often than not, it's the psychics who reach out to law enforcement offering tips and assistance. That was the case when 14-year-old Elizabeth Smart went missing from Salt Lake City in 2002. After Smart's kidnapping, Salt Lake police were inundated with tips from psychics telling them where to find her body and who might have killed her.

Of course we all know now that Smart was not dead, and she was still in Salt Lake City. She was found nine months later, spotted by two couples who suspected they had seen Smart. Not one psychic guessed that she had been kidnapped by Brian David Mitchell, who had been holding Smart captive as his second wife for months, right under everyone's noses.

When Chandra Levy disappeared in May 2001, from Washington, D.C., psychics told authorities everything from she'd died in a botched abortion in Nevada to she died in a suicide bomb in Israel. Her body was found a year later in Rock Creek Park in D.C.

One of the most famous psychic detectives, Sylvia Celeste Browne, has had some spectacular failures in the past, incorrectly predicting that 6-year-old Opal Jo Jennings had been sold into slavery in Japan. She wasn't. Unfortunately, the girl — who was kidnapped from her home — was found dead a few days later just down the street. Celeste Browne also said Amanda Berry was dead. That, thankfully, turned out not to be true when Berry escaped the house in Cleveland, Ohio, where she'd been held captive with two other women for 10 years.

Even so, sometimes law enforcement bows to pressure from citizens to enlist the help of a psychic. That's what happened in 1980, when the Atlanta Police Department was desperate for leads that could help with the capture of the killer responsible for the Atlanta Child Murders. At that time, 10 black children had been killed, four more were missing, and noted psychic Dorothy Allison's book had just come out, detailing her work helping detectives with cases like Patty Hearst and John Wayne Gacy. Atlanta residents flooded city hall begging them to talk to Allison. Allison gave APD 42 possible names, none of them Wayne Williams, the man ultimately convicted with the crimes.

Seems pretty cut-and-dried that these psychics didn't solve any crimes. But there have been some strange occurrences. In Australia, one psychic led the family of a missing person directly to his body. Another psychic predicted, within a mile, where the body of a missing woman would be found. And what about yet another psychic that dreamed of the location of a missing child's body, but when authorities got there, they found something entirely different but equally shocking, instead. What did they find? And are the police not giving psychics enough due? You'll have to listen to the entire podcast to find out.

Can an Automaker Forbid You From Reselling Your Car?

You Are the Art at These Museum Exhibitions! 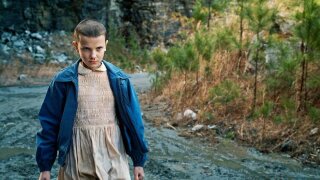 Would Psychic Powers Really Cause a Nosebleed? 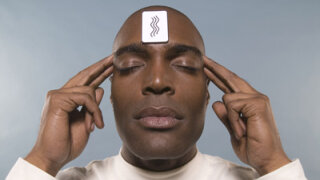 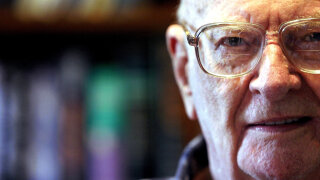