by Thorin Klosowski
Prev NEXT
7 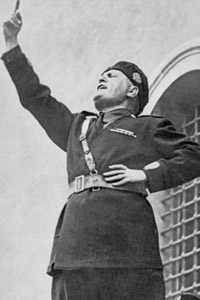 Considering the length of its rule, we know surprisingly little about the day-to-day activities of the Ethiopian Empire. Ethiopia and Liberia were the only African powers to resist the European "Scramble for Africa." The empire's long reign began around 1270 A.D., when the Solomonid Dynasty overthrew the Zagwe Dynasty, declaring they owned the rights to the land based on a supposed lineage to King Solomon, shifting power to the Habesha people. From there, the dynasty went on to become an empire by incorporating new civilizations within Ethiopia under its rule [source: Roberts].

It wasn't until 1895, when Italy declared war against it that the Ethiopian empire began to falter. Ethiopia held off its invaders, but Italy wasn't done. In 1935, Benito Mussolini ordered Italian soldiers to invade Ethiopia in a war that raged for seven months before Italy was declared victorious. From 1936 until 1941, Italians ruled over the country [source: Keller].

The Ethiopian kingdom didn't overstretch its bounds or exhaust its resources, as we have seen in previous examples. Rather, Ethiopia had resources that more powerful countries wanted -- particularly coffee [source: Roberts]. Civil wars contributed to its weakened state, but in the end it was Italy's desire for expansion that led to Ethiopia's fall.