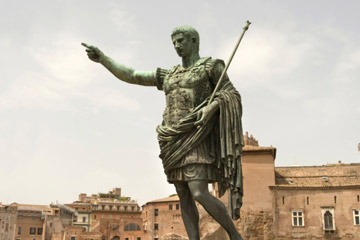 Through the course of history, we've seen empires rise and fall over decades, centuries and even millennia. If it's true that history repeats itself, then perhaps we can learn from the missteps and the achievements of the world's greatest and longest lasting empires.

Empire is a tricky word to define. While the term is thrown around a lot, it's often misused and misrepresents a nation's political place. The simplest definition describes a political unit that exerts control over another political body [source: Schroeder]. Basically, it's a country or group of people that controls the political decisions of another lesser power.

The term hegemony is often used interchangeably with empire, but there are some key differences, just as there are differences between a leader (albeit an opportunistic leader) and a bully. Hegemony works within an agreed-upon set of international rules, whereas an empire makes and enforces the rules. Hegemony refers to dominant influence by one group over another set of groups, but requires majority consent to stay in power [source: Schroeder].

What were the longest-lasting empires in history, and what can we learn from them? We'll take a look at these kingdoms of the past, how they formed and the factors that eventually led to their fall.