by Patty Rasmussen May 5, 2020
Chia Pets have been part of pop culture since the early '80s. Chia Pet/Howstuffworks

There are very few products that have the kitschy appeal and staying power of the 1980s American classic the Chia Pet. But exactly what is the story behind this terracotta, sprout-growing figurine? Where did it come from? And who exactly are the people buying the more than 15 million Chia Pets that have sold over the past 40 years?

Well first things first. The actual chia planter is made of terracotta, and they were originally made in Oaxaca, Mexico. In the late 1970s, Joe Pedott, founder of Joseph Enterprises, Inc., purchased the rights to Chia Pets after spying them at a trade show in Chicago. He began marketing the product mainly to drug stores and discount department stores.

"We'd advertise it on television at different times of the year," says Michael Hirsch, vice president of Joseph Enterprises, which was acquired by NECA (National Entertainment Collectibles Association) in 2017. "We discovered that the best time of year was the holidays. That's how we did it for years."

Hirsch says the company's first sales demographic was mostly women and children that wanted to grow plants indoors. "They wanted something in the wintertime that they could grow inside," he says. "It had the kids niche as well. It's a planter. People love to plant it. It was fun and educational."

How Do Chia Pets Work?

So how do the terracotta figurines grow sprouts? Is it really as simple as "Water and watch it grow" as the ads imply? Well, almost. There are four basic steps to successfully growing a Chia Pet.

Just remember, like any other houseplant, Chia Pets should be on a plate or dish to collect water and to protect the surface it's on. Don't expect overnight growth; in fact you won't see sprouts for at least a week. With care, feeding and good sunlight, the Chia Pet should achieve maximum height after four to six weeks.

The first Chia Pets were Chia Bull and Chia Ram, though there was technically a Chia Guy, too. And while the Chia animals were — and still are — popular, in 1982, Hirsch says the company began licensing figures beginning with three iconic Looney Tunes characters: Tweety, Taz (Tasmanian Devil) and Elmer Fudd. Licensing truly raised the status of the Chia Pet from quirky gift to iconic pop culture collectible.

"We look at trends and we look at what looks good growing as a Chia Pet, because not everything makes the grade," Hirsch says. "We look for things we think people would love to have. We've had good luck with some."

He's not kidding. Among some of the company's biggest hits are Shrek and the fellas from "Duck Dynasty." "They actually came to us," Hirsch says. "Bob Ross has also been phenomenal."

The company typically licenses about three to four new products each year to go along with the stable of puppies, kittens, hedgehogs, llamas and other Chia Pet favorites.

Everyone from Hillary Clinton to Donald Trump have been immortalized in the pantheon of Chia Pet planters. President Barack Obama was once presented with two fully grown Chia Pets of himself by the then-president of Joseph Enterprises. After crowing "Hey, I've got green hair!" he delightedly accepted the planters, according to Hirsch. (Chia Joe Biden is on its way, of course.)

Chia Pets are also used as promotional items by sports teams and other companies for giveaways, similar to bobbleheads. "We've done Chia Pets for the (Major League Baseball) Los Angeles Dodgers, the San Francisco Giants, the Washington Nationals and the (National Basketball Association) Chicago Bulls," Hirsch says. "We also do Chia Pets for companies that want to make a mascot or logo Chia Pet giveaway at events."

They're Even In the Smithsonian

Chia Pets are collected by people all over the world. "People send us emails telling us they're missing X, Y and Z, and ask whether we're still making them. But we also like coming up with great new ideas," says Hirsch. They're releasing The Child Chia Pet, which looks an awful lot like Baby Yoda from Disney's Mandalorian, and there are other surprises in store for later 2020.

These whimsical planters have become such a part of Americana that in 2003, Pedott was asked to donate his television advertising tapes, a selection of Chia Pets and his company papers to the Behring Center archive at the Smithsonian National Museum of American History in Washington, D.C. A Chia Pet was also included in 1999 special exhibition, Capturing Time: The New York Times Capsule in which artifacts from the 20th century were placed in a time capsule that will remain closed until Jan. 1, 3000.

Hirsch says the company's success is due as much to listening as it is to good marketing. "The consumer decided what they would like and the customer is king in our book," he says. "We'll do our best to fulfill their wishes if it makes sense."

Now That's Interesting
It's one of the most famous jingles in television advertising: Ch-Ch-Ch-Chia! But on the Chia.com website there are two different origin stories. In one iteration, Joe Pedott says he was out drinking with a buddy and his friend stuttered the phrase and he decided to incorporate it into the jingle. The other story says it came about during a production meeting. Does it matter which story is true? As Michael Hirsh says, "Who knew we'd have a second year of Chia Pets, let alone a 40th year?"

Asian Giant Hornets Are Now in the U.S. and That's Really Bad

Should You Take a Conch Shell From the Beach? 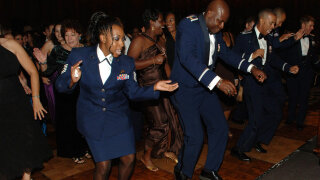 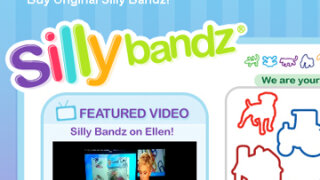 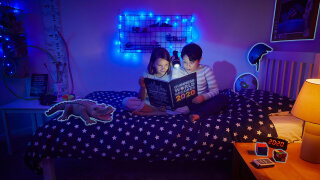