Some 81 million Americans tuned in to watch presidential candidates Donald Trump and Hillary Clinton confront each other on Monday night. Debates, of course, are all about words. But what unconscious messages could the candidates have sent by their use of very common, everyday words like "think" or "well"?

Simon DeDeo is an information scientist, external professor at the Santa Fe Institute and assistant professor at Carnegie Mellon University's Department of Social and Decision Science. He studies how people use words as signals for ideas, and he's been looking at signals in conjunction with the presidential debate.

The way he sees it, when Clinton and Trump took the debate stage, it was less of a clash of political rivals than an opportunity for each candidate to broadcast their encoded political signals to the American voter.

"Humans are signal-creating machines," he says. "And words function as political signals. Take phrases like 'Black Lives Matter' or 'law and order' or 'working families'. Those are words, but they've also become signals for all sorts of other things politically."

And what were Clinton and Trump's strongest signals? After the debate, DeDeo ran computer analyses on the specific words used by both candidates. He looked for the most common words, but also the most "telling." These are words that are common in everyday speech, but one candidate chooses to use a lot more of them than the other.

For Clinton, the data showed that one of her strongest signals was the word "think," particularly as part of the phrase "I think." For Trump, his standout signal was the word "look." Here are examples from the debate.

"I think about this a lot."

"I think that trade is an important issue."

"I think we come at it from somewhat different perspectives. I understand that."

"I think science is real."

"I think it's time that the wealthy and corporations paid their fair share to support this country."

"I think implicit bias is a problem for everyone, not just police."

"You look at what China is doing to our country in terms of making our product."

"When you look at what's happening in Mexico..."

"And all you have to do is look at Michigan and look at Ohio and look at all of these" places where so many of their jobs and their companies are just leaving, they're gone.

"Now, look, we have the worst revival of an economy since the Great Depression."

"Look, it's all words, it's all sound bites. I built an unbelievable company."

"Look, the African-American community has been let down by our politicians."

Whether the use of these words is conscious or unconscious, DeDeo believes they're definitely not random.

"I think these are constructed signals," says DeDeo. "When Hillary says 'I think,' she's using a gendered term. She's sending signals that fit a certain pattern about how a woman should behave in public life [i.e. less confrontational]. She's also presenting herself as someone who thinks, who has considered opinions and doesn't act without thinking."

When Trump says "look" over and over again, it's similarly loaded with meaning and political resonance, this time as the voice of the outsider.

"'Look' is an 'emperor's new clothes' kind of word," DeDeo says. "'Don't believe me, don't believe anybody, look for yourself.' Look is also contradictory. You and I would not use the word look in a normal conversation unless we're in strong disagreement."

But perhaps the most surprising thing about Monday's debate wasn't how different the two candidates' signals were, but how similar. In fact, when DeDeo ran the numbers, Monday's debate included more shared vocabulary than any presidential debate over the last 50 years with the single exception of the 2000 race between Al Gore and George W. Bush.

In this graphs, the Jenson-Shannon Distance represents how distinguishable each candidates words are from his or her debate opponent.
Simon DeDeo, Santa Fe Institute & Carnegie Mellon University

The obvious question is, how could two candidates, like Clinton and Trump, who are so wildly different in their platforms and their political styles be so similar in their word choices?

DeDeo has two working theories. One is that both Clinton and Trump were being overly cautious in the first debate. Clinton may have restricted her vocabulary to counter cries of elitism, and Trump could have altered his speech to appear more "presidential." The second theory is less comforting to a man who invests great importance in words as signals.

"Maybe it's that politics has gone post-verbal in this election," says DeDeo. "Maybe it no longer matters what they say, or that words aren't the strongest signals in the system. What matters more is their demeanor, their facial expressions. Unfortunately, I don't have scientific evidence to quantify the strength of an eyebrow raise."

Who Said It: Kanye West or Donald Trump? 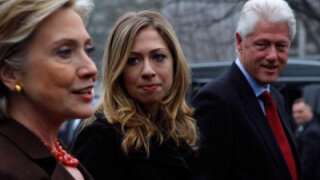