Women Have Been Vanishing for Decades on Canada's Highway of Tears

by Diana Brown Jun 6, 2017
A road sign on Canada's Route 16, which connects Prince George with Prince Rupert, warns women and girls not to hitchhike out of fear they could be kidnapped or murdered. Andrew Lichtenstein/Corbis via Getty Images

Highway 16 in British Columbia, Canada, looks like a normal logging route. It's a long stretch of lonely road winding through sparsely populated towns, Indian reservations and densely wooded areas. But it actually has a grim reputation as a place where women — mostly while hitchhiking — have been abducted and murdered over a four-decade span. So many women have vanished along this east-west corridor, people have dubbed it the Highway of Tears.

Since 1969, unsolved disappearances and murders have plagued the stretch of Highway 16 that runs between the cities of Prince George and Prince Rupert. The Royal Canadian Mounted Police have linked 19 cases to the Highway of Tears, although the indigenous community puts that number at closer to 50.

What's disturbing isn't just that more than half of the missing or murdered women are First Nations people, or indigenous to Canada, it's also that many locals suspect prejudice played a part in keeping the cases cold. In 2002, when a white woman named Natalie Hoar went missing, extensive search parties went out looking for her, and the media extensively covered the case. But the indigenous women who vanished before her didn't get nearly as much attention. In addition, people connected to the cases have admitted to deleting emails related to the investigations, sowing suspicion and doubt among the native community about their chances for justice.

In 2005, Project E-PANA was set up to investigate the Highway of Tears murders. In its initial inquiries, the number of open cases went from nine to 19, with only one solved among them: Colleen MacMillan, who was killed in 1974. DNA evidence was re-examined and the American serial killer Bobby Jack Fowler was implicated in her death in 2012, though he had already died in prison in 2006. A few other deaths and disappearances have been attributed to Garry Taylor Handlen and Canada's youngest serial killer Cody Legebokoff, but due to a lack of evidence, remain unsolved.

As part of his campaign promises to repair Canada's relationship with its native population, Prime Minister Justin Trudeau has pledged $31 million to launch a national inquiry into the murders and disappearances of indigenous women. Two of the many contributing factors to the number of incidents on the Highway of Tears is the lack of public transportation and staggering poverty in the indigenous communities, forcing many to rely on hitchhiking to get around. Fortunately, a bus service began along Highway 16 in early 2017 to help address that. However this change is too little too late.

Stuff They Don't Want You to Know takes a closer look at the infamous highway in the podcast "What is the Highway of Tears?" Click the podcast player to listen as hosts Matt Frederick, Ben Bowlin and Noel Brown, and CarStuff's Scott Benjamin, explore the history — and alarming future — of this serial killer hunting ground.

Now That's Scary
Indigenous women are not just missing from British Columbia. A 2014 report from the Royal Canadian Mounted Police estimates that more than 1,200 indigenous women and girls are missing or murdered all across Canada. But research by the Native Women's Association of Canada suggests the total number could be as high as 4,000. 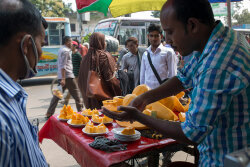 'Can I Eat This?' App Saves You from Montezuma's Revenge 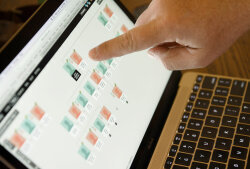 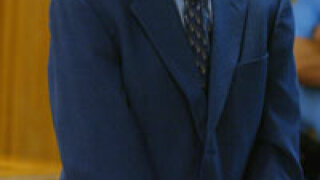 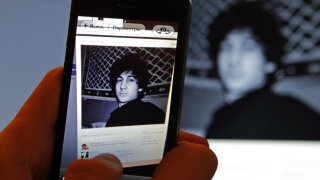 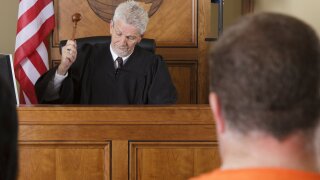