It's one of health care's open secrets, according to Kimani Paul-Emile. She's an associate professor of law at Fordham Law School and co-directs the school's Stein Center for Law & Ethics. In a 2012 paper in the UCLA Law Review, Paul-Emile writes, "Such requests by patients are not only quite common but also are often accommodated quietly."

In the Feb. 25, 2016, issue of the New England Journal of Medicine, Paul-Emile revisits the subject with colleagues from the UCSF Medical Center. In "Dealing With Racist Patients," the authors suggest a systematic response to patient refusals of doctors based on bigotry, which they say can raise "thorny ethical, legal, and clinical issues — and can be painful, confusing, and scarring for the physicians involved."

"There is little guidance for hospitals and physicians regarding ways of effectively balancing patients' interests, medical personnel's employment rights, and the duty to treat," they write.

It happens to nurses, too, vividly exemplified in a 2012 incident in a Michigan hospital. A new father, who had a swastika tattoo on his arm, demanded that no black nurses touch his newborn. Supervisors acceded, assigning all black nurses to other cases and putting a note in the baby's file indicating no black nurses should touch her. Several nurses successfully sued the hospital for civil rights violations.

But it's different with doctors. They typically manage their own assignments (and reassignments) amongst themselves, so when patients reject providers based on criteria like race, ethnicity, gender, religion or sexual orientation, the assigned providers are usually the ones deciding what to do about it.

And Paul-Emile says they're flying blind: Hospital policy seldom offers guidelines for handling these demands, she writes in the UCLA Law Review, and the law doesn't seem to address discrimination in this specific context.

Not a Rare Occurrence

It's hard to know just how often providers face these decisions. Experts use words like "routinely" and "all the time." Research is scarce, but a 2015 survey of physicians throughout the U.S. found that nearly 10 percent of Muslim doctors have faced patient rejection based on their religion.

Dr. Nabile M. Safdar, a hospital-based radiologist and executive committee member of the Islamic Medical Association of North America, finds bigoted requests to be "uncommon, but not rare."

"He didn't want me as a doctor; why should I have tried to gain his acceptance? Patients have the right to fire a physician. Doctors have the right not to be abused."
Dr. Jane Orient, Internist and Executive Director of the Association of American Physicians and Surgeons

Safdar hasn't been on the receiving end, but he's seen it. Staff in his department have been rejected based on race, and he's "heard of many encounters when docs were asked their religion and then the patient asked for another provider," he writes in an e-mail.

It's pervasive enough that many in health care see it as a serious problem. In 2015, Dr. Keerat Singh and colleagues wrote in The American Journal of Orthopedics that these incidents "can cause significant distress to providers, damage the therapeutic physician-patient relationship, and threaten the collegial and structural framework of an institution."

"The silent acquiescence to patients' racist demands in recent times has become a legal, ethical, and medical dilemma," they say.

Safdar says his department has an official policy against entertaining bigoted staffing requests. Dr. Barron Lerner, internist at New York University Langone Medical Center and professor of medicine in the university's division of medical ethics, writes in an email that he and his colleagues "do not reflexively accede to these [demands] by any means." Both note, however, that they do not consider women's requests for female providers either to perform gynecological procedures or due to religious beliefs to be discriminatory.

Canada's Society of Obstetricians and Gynaecologists disagrees, but many physicians feel this way. Lerner says his department usually tries to accommodate women's requests for same-sex providers in these circumstances, which are common, but thinks "the vast majority of MDs would be appalled at a patient who wants a white, male or straight provider."

Yet Lerner notes that paying patients with insurance, who typically see private-practice doctors, "choose their doctors based on these characteristics all the time."

For a paying patient with insurance, selecting a doctor of choice  according to gender or race or some other obvious physical characteristic only takes a provider-directory search and a scan of a provider website. As such, bigoted staffing requests are rare in private practice. So are the serious conflicts that would limit a doctor's options should they arise.

"In my private office, patients who don't like me for any reason are bid a pleasant good-by; we do whatever we can to ease the transition," says Dr. Jane Orient, internist and executive director of the Association of American Physicians and Surgeons. (If they don't "ease the transition" to a different source of care, they violate the code against patient abandonment.)

Most hospital doctors do seem appalled by bigoted staffing requests, but according to law professor Paul-Emile and colleagues, physicians in this setting face a "difficult conflict involving their professional obligation to provide nondiscriminatory care, their sense of social justice and personal integrity, and their ethical obligations to respect patients' autonomy and medical best interests."

"For doctors, reacting to racism is anathema. We would rather suffer the indignity of the occasion than draw attention to ourselves. We are steeped in the learning that the patient always comes first and that the power imbalance between doctor and patient is so great that to object to a patient's conduct is ungallant."

A physician's code of ethics revolves around a patient-centered approach to medicine. Doctors are obligated to put their patients' needs above their own, actively enable patient participation in their own health care and respect patients' decisions regarding treatment.

Further complicating matters is the doctrine of informed consent. Patients who are mentally sound and in stable condition have the right to refuse medical treatment, including treatment by a specific provider. Doctors can refuse to provide the patient with a new provider, but since they're ethically bound to do no harm, they must consider whether doing so would negatively affect the patient's health. The specifics of the patient's medical condition and options for accessing care elsewhere — which hospital patients often lack — must factor into the doctor's decision.

They must also allow for the possibility of an altered mental state, which not only negates a patient's responsibility for her demands but can also dramatically impede attempts to change her mind.

And in an emergency situation, when time is of the essence, doctors are faced with a choice between treating the patient against his will, which violates the duty to respect patients' decisions regarding their care; rejecting the patient's request, which could cause the patient harm; and grabbing the nearest physician of the patient's preferred makeup, if one is available.

So, Paul-Emile and colleagues write, "Many healthcare providers accommodate these requests in circumstances in which the patient has no option for care other than a hospital outpatient department and in situations in which a patient is in need of emergency services."

There are other reasons, too. In an Aljazeera America article, Elijah Wolfson notes an increasing body of research suggesting that race-, cultural- and/or gender-concordance between patient and physician actually improves the outcomes of medical care. Accommodating bigots' requests could make them healthier.

None of this changes the fact that bigotry is destructive. As professionals, doctors may want to set their feelings aside, but as people they may want to avoid the conflict. While covering for a colleague in the ER, a male patient rejected Orient because she's a woman, and she says she just went and found him a male provider.

"He didn't want me as a doctor; why should I have tried to gain his acceptance?" she asks. "Patients have the right to fire a physician. Doctors have the right not to be abused."

Paul-Emile and colleagues fear such conflicts will only multiply "as the U.S. physician population becomes more racially and ethnically diverse." And while they say hospitals should never accede to bigoted demands from stable patients, they offer more nuanced advice to doctors.

Five factors, they say, should drive a physician's decision: the urgency of the patient's medical condition, the patient's mental state, the motivations behind the request, the viable options for responding and the effects of those options on the physician.  Paul-Emile and her co-authors offer the below framework to hospitals trying to figure out how to handle these demands in emergency situations.

However, every patient, and doctor, is different, and ultimately, "the decision to accommodate may be sound when the accommodating physician is comfortable with the decision, employment rights are protected, and the decision does not compromise good medical care," Paul-Emile and colleagues write.

"But," he adds, "I am surely in favor of general policy statements that strongly discourage such behaviors."

How Do Doctors' Biases Affect Your Health Care? 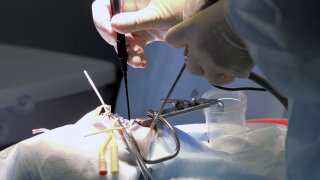 Fw:Thinking Video: Robot Surgeons Are the Future of Medicine

Does Your Doctor Screen You for Depression? Why Not?